I’m mostly past that.

I haven’t written anything substantial in about a year, for various reasons– it started with allergies that basically kicked me out of my own house, then having a job that I was less-than-fond of, then writer’s block, then being plagiarized, then having a job that I love, then blogging as my main form of artistic expression, then… being promoted to Manager. Lots of stuff. There’s more than that, but I won’t add to the list.

But something happened today– I think it was the decision to cut blogging back to 3 days a week unless I felt like doing more– and suddenly I found myself sitting on my bed typing away on a story that’s been in the back of my head for months and months. And I feel like sharing some of that with you, so that those of you who didn’t find me through my old fiction publishing website can have a taste of what it is I absolutely love doing above everything else in life.

This is an as-yet unnamed story. I have one full (ish) chapter written, plus 18 pages of the bits and pieces that have come to mind while I’m writing.

The temporary title (because I don’t have anything else to call it) is Gimpy and the Thief. (Catchy, right?)

Summary : She is a woman with a temper and a secret. He is a man with a limp and a cane. She’s accused of stealing something she doesn’t have. He’s only helping her because she held a gun to his head. In order to solve the mystery, they must work together… but they’re not exactly getting along. And she is in big trouble.

Emma Hughes had a big problem.

It wasn‘t the man barreling down the alley after her with a gun in his hand, firing shots in her general direction, and yelling himself hoarse- although he certainly created a blip on her trouble radar. Neither was it the dead end she could see coming up, the corner that would have her trapped between a wall and an angry man- though that, too, worried her more than slightly. It wasn’t even the knowledge that once she stopped moving, she would die.

No, Emma Hughes’ biggest problem was the fact that she was accused of stealing something from a very influential and violent man- a key that would open a safe that held the greatest riches she could ever imagine- and she didn’t have it. Nor did she know where it was. And the consequences of being caught without this key far outweighed the consequences of being found with it.

If she had been in possession of said key, Emma would have dropped it right then and done everything in her power to sweet-talk her way out of the situation. Not that she had ever been chased by a man with a gun before, but she was pretty sure that she could have twisted her way out of this if she’d had something to barter with for her life.

However, she was now trapped in the alleyway by a furious red-faced goon, it was just her luck that street she’d come from was not a very busy one, and she had no keys on her person but the two that unlocked her very shoddy apartment and started her very beat up car. No one would see her in her last moments of life. No one would be there to save her or mourn her. She doubted anyone could even hear them in the windowless alleyway.

Pressed against the wall that she expected to be splattered with her blood at any moment, Emma blurted out the first thing she could think of to stall the madman cornering her. “Your boss really wouldn’t be happy if you killed me, you know. I mean, he might want to question me some more. Concerning the whereabouts of the key.”

“You already said you won‘t say where it is,” he sneered at her. The hand holding the gun was pointed altogether too accurately at her heart.

“I could have been lying!” Emma sputtered. “I mean, people lie all the time. Maybe I wanted to keep it for myself? Maybe I hid it somewhere in my apartment and forgot where it was! Did you even check there?”

Making a sound that could only be classified as a piggish snort, the man stepped ever closer. “You’re out of luck, Ducky. It ain’t in your apartment.” He was close enough that even if he had the worst aim in the world, he couldn’t miss her. “Now spit it out, or die.”

“I can’t very well hold a key in my mouth and talk at the same time, can I?” Seeing her opportunity, Emma edged closer to the metal garbage cans that lined the wall. “And why would anyone keep a key in their mouth? That’s just stupid.”

The man was not amused. “I can’t believe the boss listened to three hours of you,” he muttered. “You move another inch, I’ll kill ya.”

“Right.” Emma stopped and shrugged a little. “It was worth a try, you gotta admit.”

He smirked, and his finger tightened on the trigger. “Say goodnight, Ducky.”

But it never came.

Instead, the loud blare of rap music from a passing car startled both her and her assailant. At the moment he turned instinctively to see what was going on, Emma opened her eyes, jerked a metal garbage can lid from its container, and slammed it into the back of his head. He lurched forward, and Emma almost dropped her bludgeon from the sheer panic of harming another human being. But as he started to recover, she swiftly recovered herself and swung it at him again. Twice.

He fell to the ground like a bag of rocks. Unable to stop herself, Emma burst out, “Goodnight, Ducky!”

I hope this is the beginning of a long (neverending would be nice) writing spurt full of good ideas and… a finished novel, perhaps? 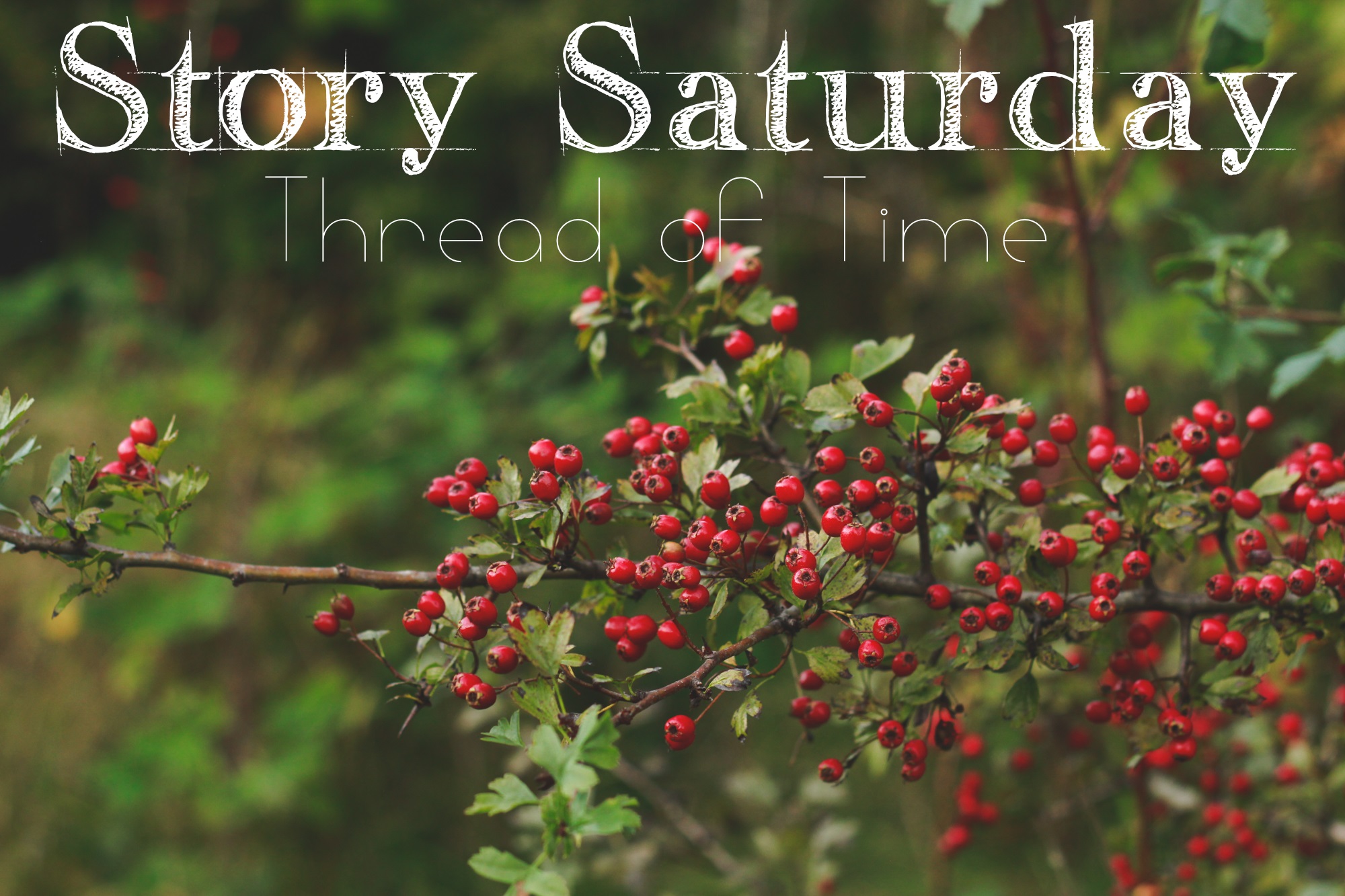