I’m going to start this post off with something different than normal, because I’m too excited about it to put this at the end:

So this is the film we made for this year’s  72 hour Gig Harbor Film Festival Competition (here’s last year’s. I’m acting. Ugh. Don’t judge me by it.), and this year I felt like we put a lot more into it than we did last year. I did, anyway: we actually went out to buy costumes and props this year; we spent a good deal more time on the makeup and all (that’s my werewolf brother, being a trooper and wearing fake nails for me), and I helped write the script, and thank GOODNESS I did not have to act this year.

But we spent a lot of time and energy on it. That was the weekend I had a breakdown over shoes because… lack of sleep. And we were SO nervous going into the theater, wondering what would happen. My husband never thinks he’ll win, so he had a lot of dour predictions. Plus, generally you can tell whether you’ve won or not by the listing in the program — if you’re near the end, there’s a good chance you made it. We were smack in the middle. So we didn’t think we’d win.

And then they showed my cousin’s film first, and it was AMAZING, and we just thought… dude, if this is the first one they show and it’s already really awesome… there’s no way we win. This is the bar they set for the first slot, which is usually least likely to win?

Plus, when we we heard the prizes — a cash prize and an HP tablet for EACH team member (which would just be Mr. Owl and me, because… we’re industrious like that), we were like… no, we never win cool things, there’s NO way.

So we sat and watched film after film and… honestly, weren’t impressed after my cousin’s film. There was one that we thought, well… maybe? They had great light, they had some funny situations, and it was a possibility, but then in the end I was mentally thinking that if they won it wouldn’t make sense. No offense to people who entered, but there were a lot of loose ends in the film and too many unanswered questions just to make one situation happen.

And don’t get me wrong, I am super impressed that SO many people put this much hard work into their films and turned out a five-minute movie in 72 hours.

It takes a lot. You have to write the script, shoot the film, score the film, edit the film, edit the sound, get all the costumes, get all the makeup… EVERYTHING… in 72 hours. That’s crazy. And some people had sound issues, and a lot of people did the “we have to make a film, what if we did this?” plot, but still. There were some that I’m sure will be going places in a few years, after a few competitions!

But then the end came, and after our film I didn’t see any that I honestly thought would win, and I figured my cousin had won. His was seriously good, and I wish it was online somewhere (I’m not sure if it is yet) because I wanted to link it in this post. I’m so proud of him and his team! Edit: he posted it! Here it is. Watch and be amazed.

They called all of the team leaders up to the front so that they could dispense prizes, and as they named off Best Acting, Best Editing, Best Cinematography, Best use of the Elements (line of dialogue, action, situation)… we weren’t getting anything. Part of me thought for sure we just didn’t win this year, and part of me thought… what if… we aren’t getting any of the smaller prizes because we… maybe won?

And then, suddenly, they named the winner in the Over 19 category (they separate the filmmakers into two groups– under 18 and over 19), and he flipped open the envelope that even he had not read, and announced “Suko Productions, Four is Company!”

And it was silent. It threw me off that he said Suko Productions; it’s the first year we’ve used that name instead of “Suko Films”. And my husband up front started clapping, and then realized they’d said US, and grinned up at me, and I screamed and nearly jumped out of my seat, and everyone started clapping.

Guys, I was so excited that I was shaking. I never get that hyped up over anything. Well… not in this way. It was pure adrenaline. We’d worked so, so hard on the film, and personally I feel much prouder of this year’s because… I’m not embarrassed by my own acting, haha! And I’m so proud of my husband and all of his hard work and his talent. He’s amazing!

Plus, we never win anything cool, so to have won a Tablet? Um, yeah. That was kind of cool.

So last night was a pretty amazing night. Because of this year, my husband has made a connection in the film industry via one of the judges, who has moved here from LA, and was so impressed by our film that he is going to use my husband as an editor for a short documentary — and this guy has worked on low AND high budget films. Plus, one of my husband’s friend’s… sister or something… is in the industry as a producer and has worked on some very well-known films, so hopefully this will get him noticed by her as well.

I’m still getting over the excitement! We’re planning to make more films throughout the year, and it should be really good for my husband to get into regular filmmaking, and fun for me to be in charge of costumes and makeup. Which I love!

So this is what I wore yesterday, and I have to update you all on the shoes: I wore them from 9am to somewhere after 7pm without taking them off once, walking around, going to church, going to the store, going to the festival… and I have NO pain at all. I would highly recommend them! My only caution is that because of the color and material, they mark up easily. But they wash of just as easily, so despite my marking them up on a regular basis, they are still pristine!

Anyway. I hope you are all having a good start to your Monday! Have a happy, happy day!

By the way, if you haven’t yet, don’t forget to enter the cardigan giveaway! We still need 30 more entries to qualify, and it’s open internationally so what do you have to lose? 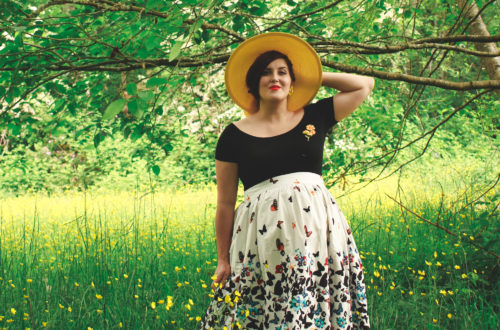 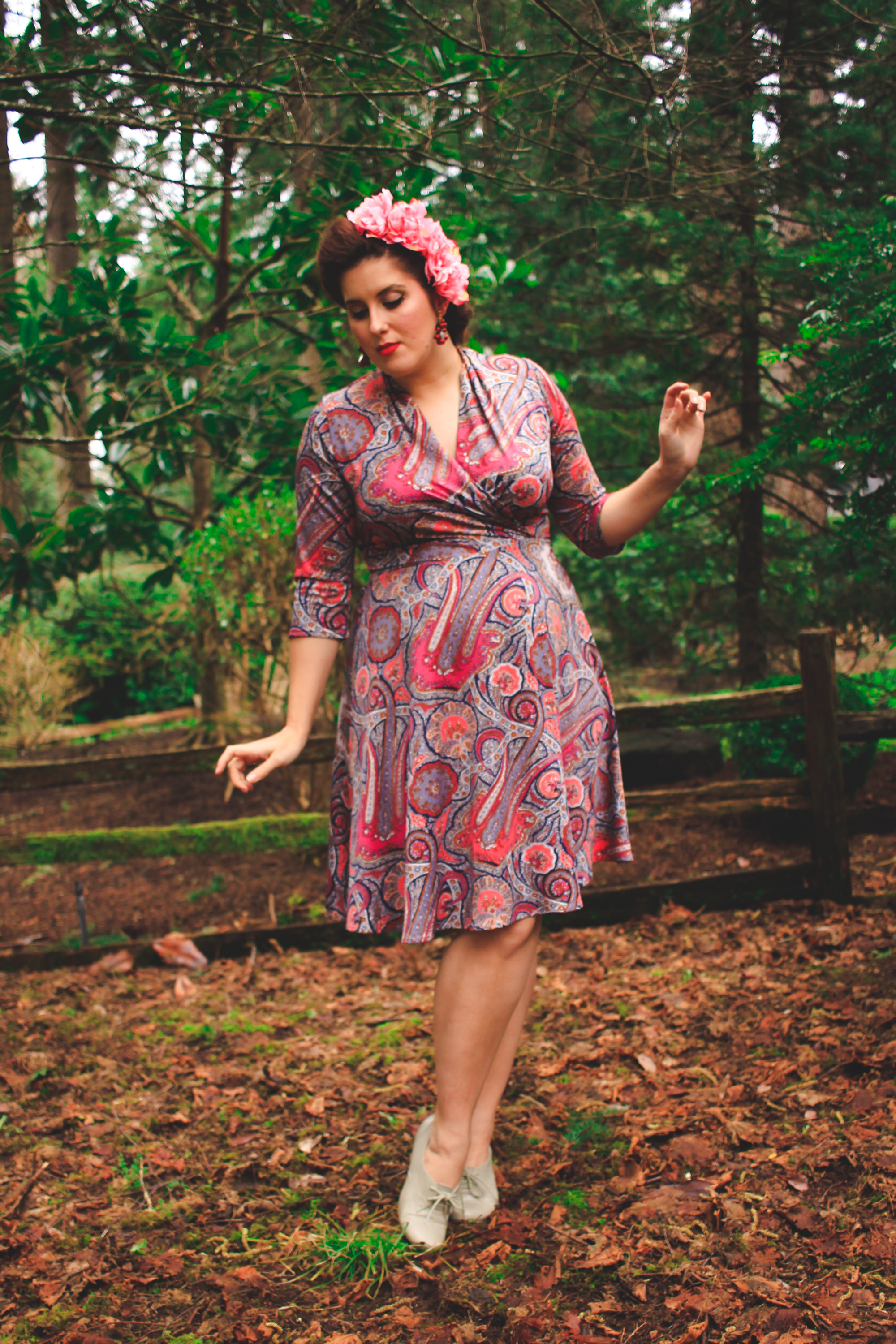 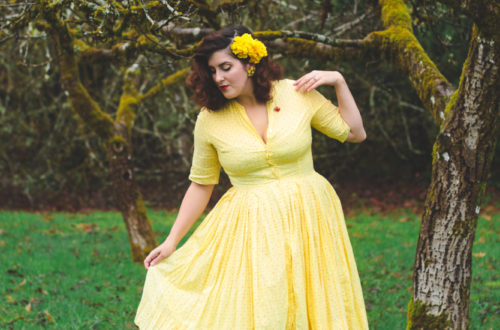