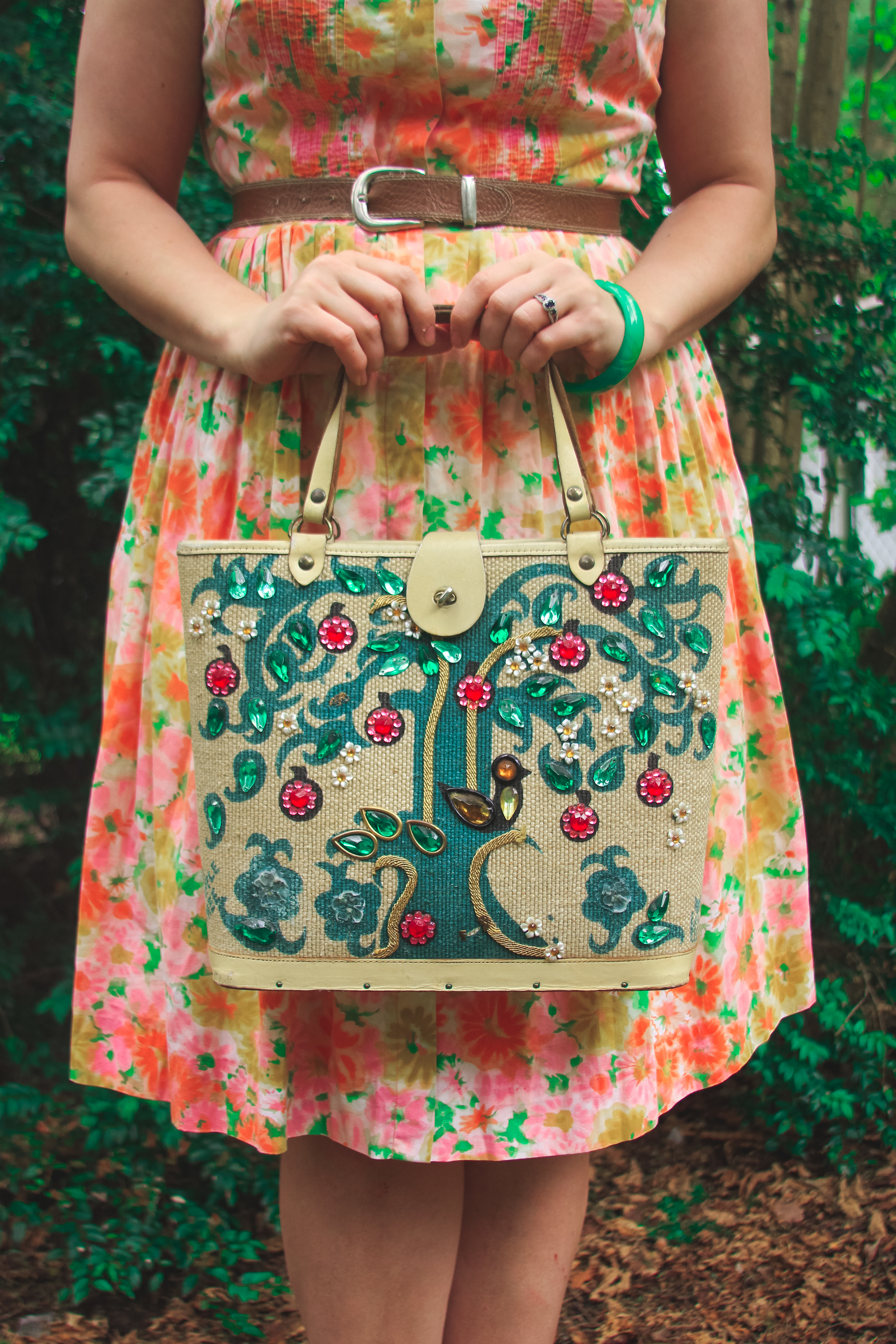 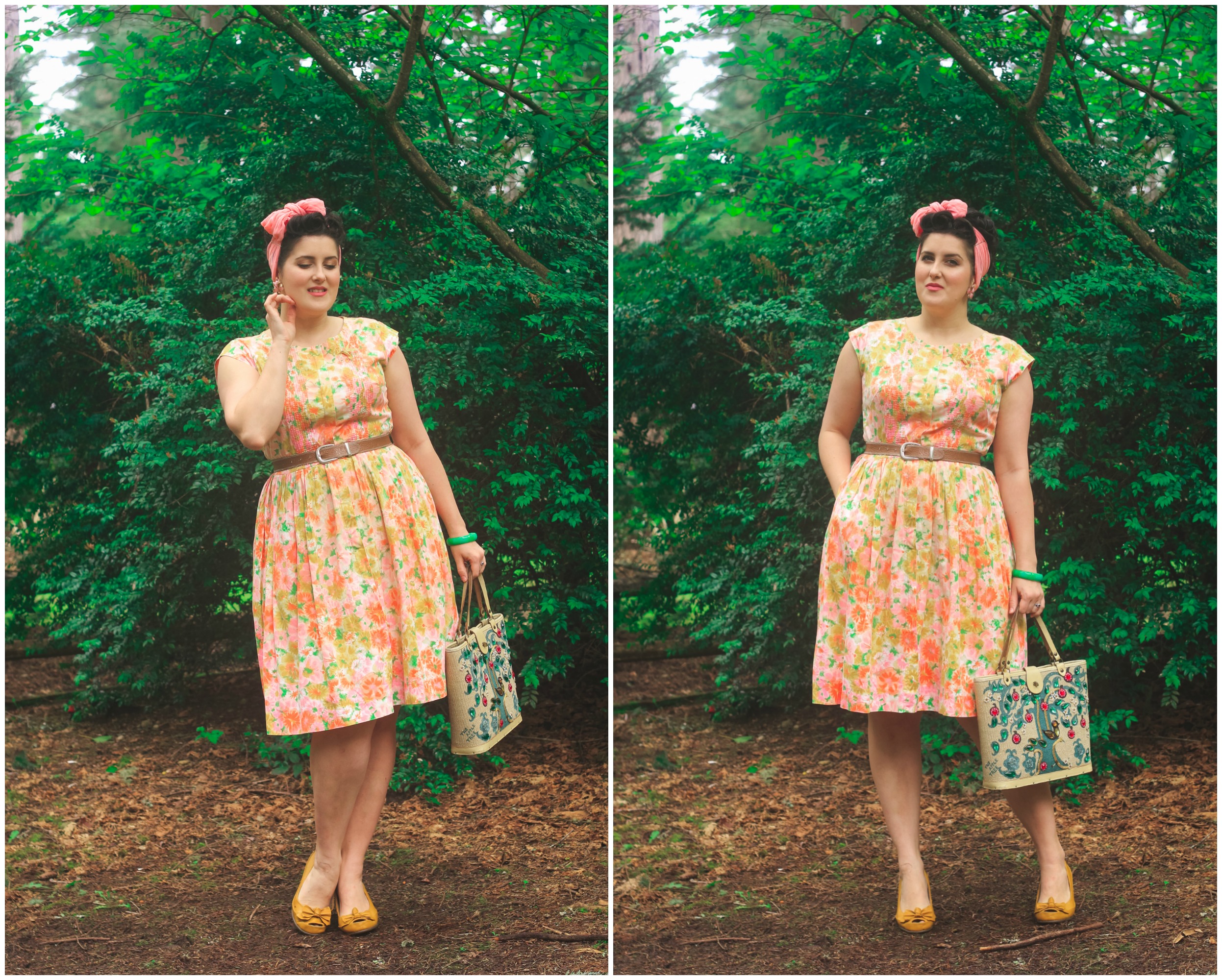 Last weekend, my best friend took me out for lunch and a vintage shopping adventure for my birthday. I always feel like I have to dress vintage to go to actual vintage boutiques, so I wore this gorgeous 1950’s day dress from A Petite Flower Vintage, my new favorite purse that belonged to my great-uncle’s aunt, and a bracelet that I think may be vintage.

After visiting one vintage store (whose items were incredibly reasonably priced — I got a perfect-condition 1950’s dress for $24, and my BFF bought me another for $28), we decided to go to a second one that had been recommended to Ashton by a friend who knows she loves vintage. Almost as soon as we walked in, the proprietor — an older woman who seemed to be more in love with the knowledge of her vintage items than the beauty of the garments themselves — eyed my purse and confidently said, “oh, that’s an Enid Collins purse.”

When I shook my head and told her that it wasn’t, she doubtfully eyed me, and then took the purse from my hands. 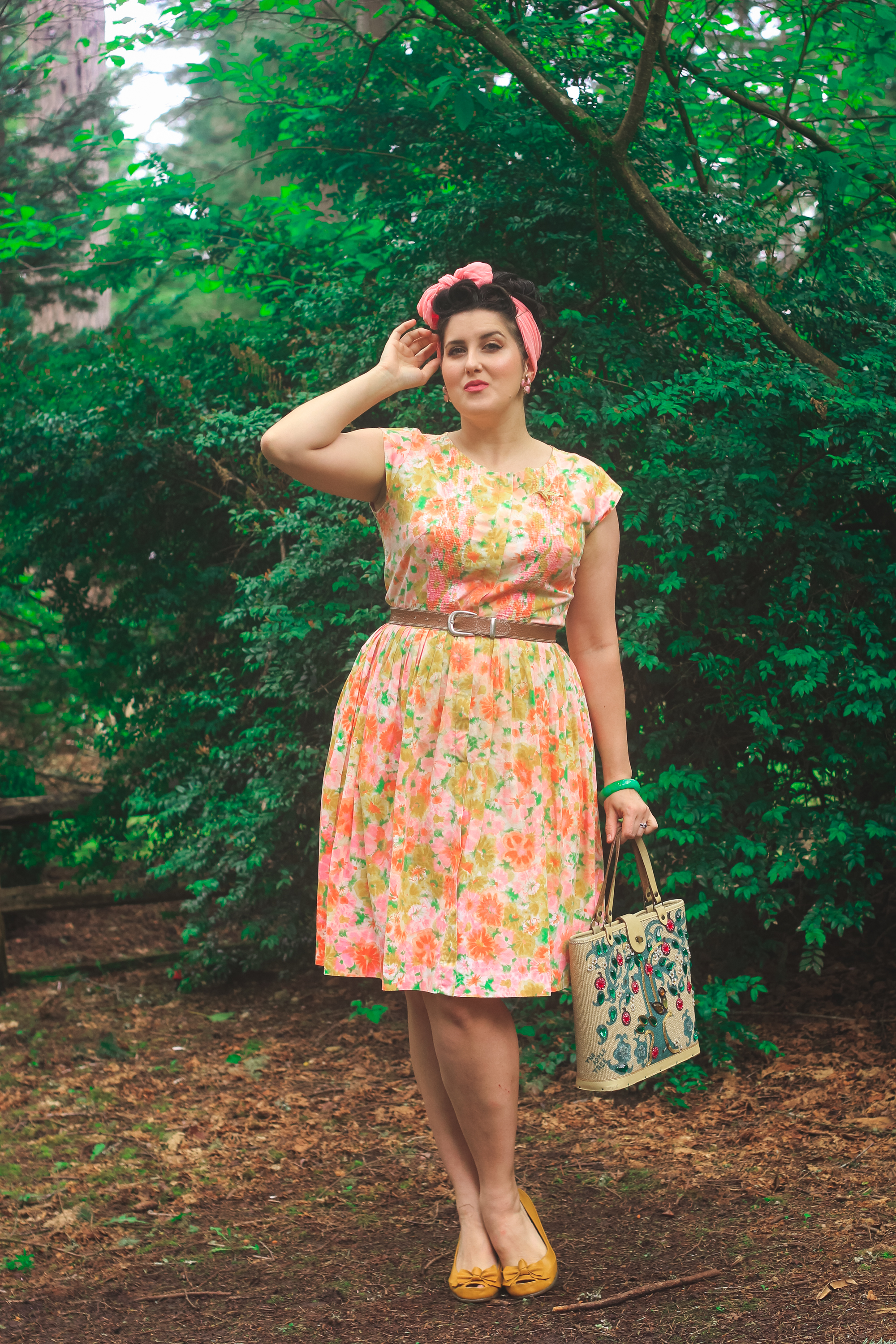 Patiently, I let her inspect the design, and showed her the stamp inside that clearly read “Cooper of California.” I pointed out that it was not signed “Enid Collins” when she brushed me off saying that Cooper of California could have just been where it was sold, and she shook her head before finally reluctantly agreeing that it wasn’t Enid Collins, but a very good duplicate.

This is where internally I was frustrated. I have heard my vintage-loving friends say that often people assume they know nothing about the era from which they dress, but this was the first time I’ve encountered it myself. 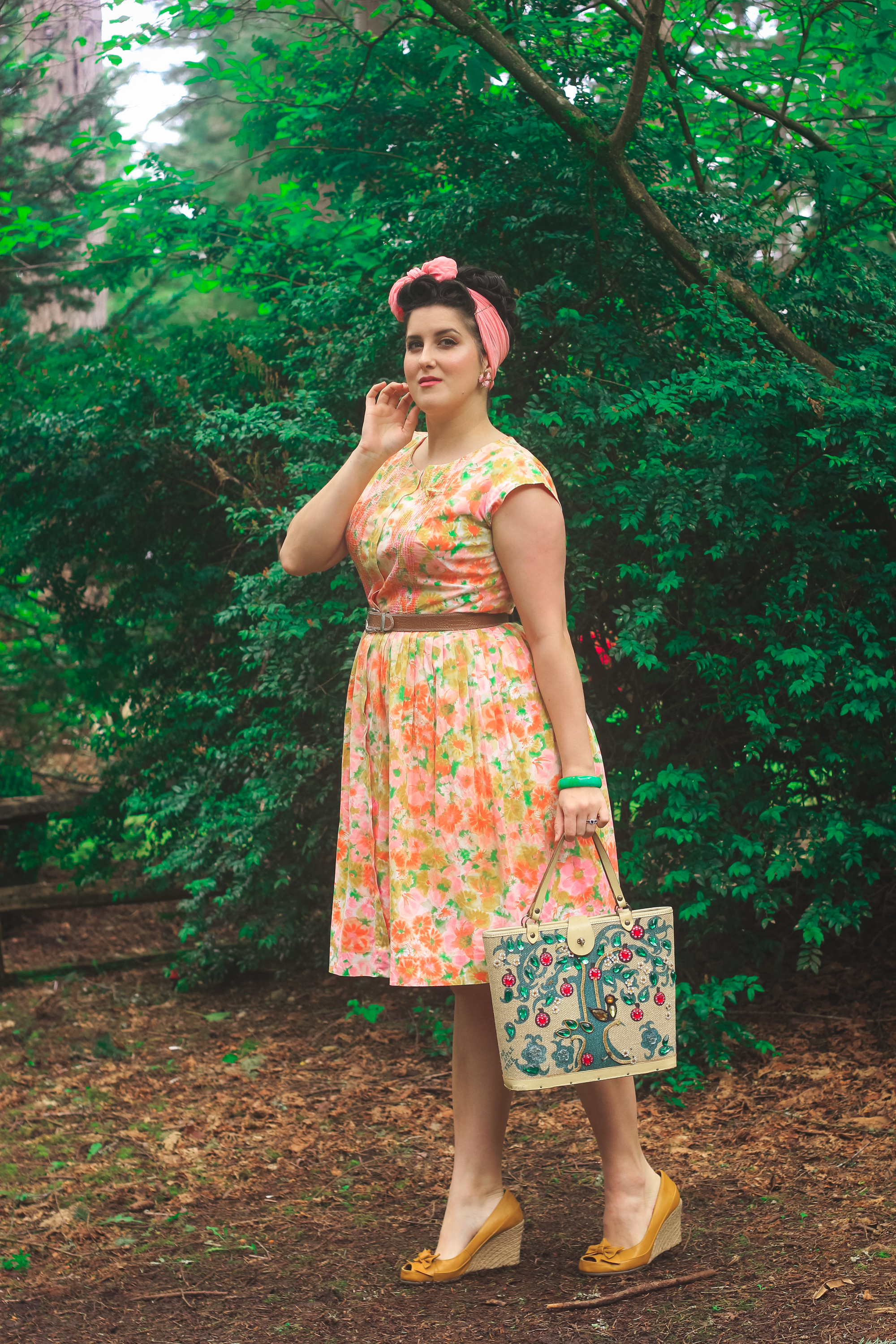 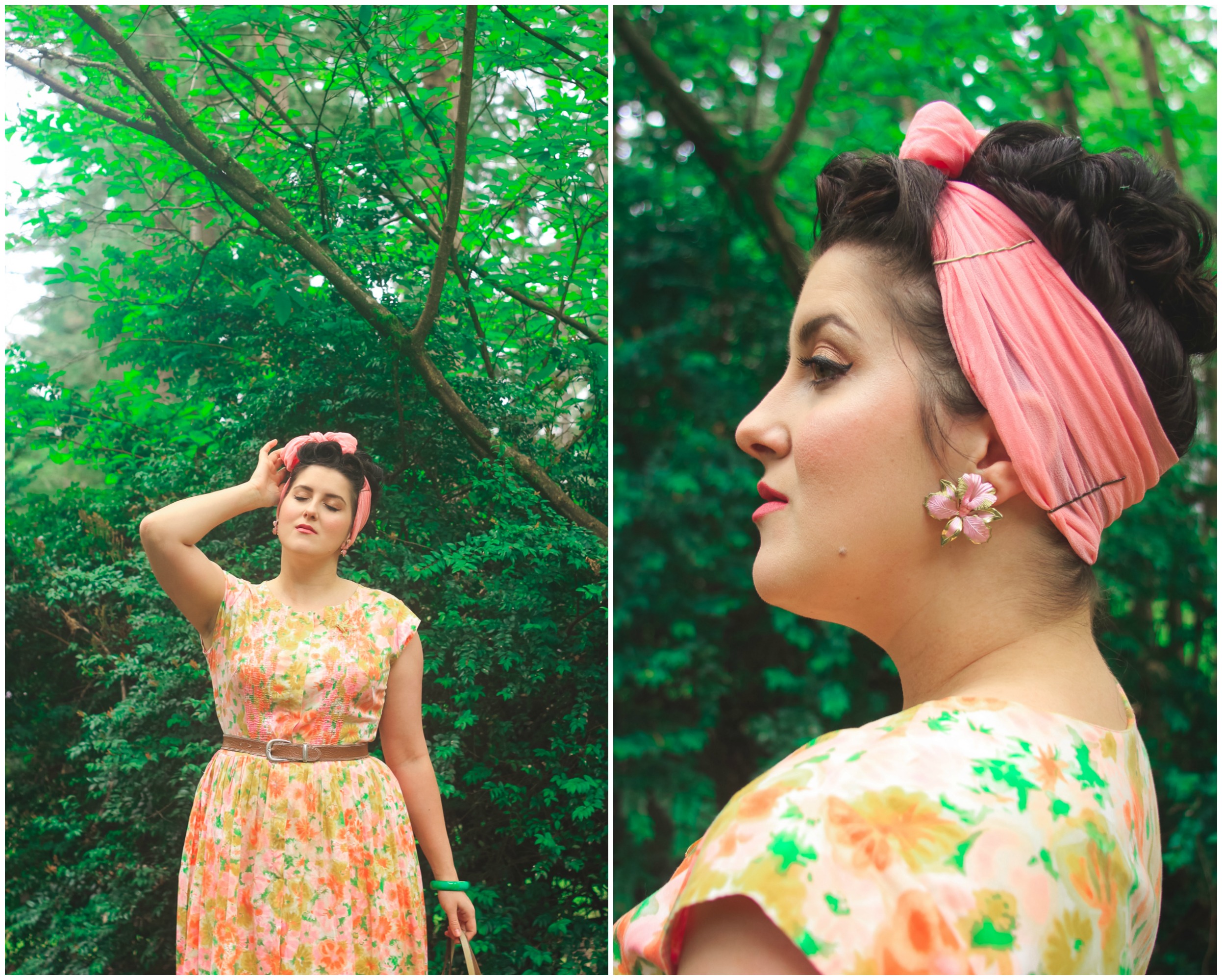 We walked into this vintage store, and I was dressed thus – in a 1950’s dress, with a vintage hairstyle, carrying a vintage purse whose history I readily explained to the woman. And still she brushed off my knowledge and remarked “oh, two girls all dressed up to go shopping,” as if we likely didn’t dress like this normally. Which, both of us do dress vintage or vintage-like as often as we can, and I wish I had said that initially.

I know that I look younger than I am, which probably made the woman think I was playing dress up in some old clothes I found at a thrift store. But the assumption from an older person that a young person cannot be well-versed in a historical era is pretty frustrating. In my mind, it should have been obvious that I probably knew what I was talking about – from the way I was dressed to mentioning that I own a closet full of vintage to my being able to identify a purse as not authentic Enid Collins when a vintage-store-owner herself couldn’t tell. 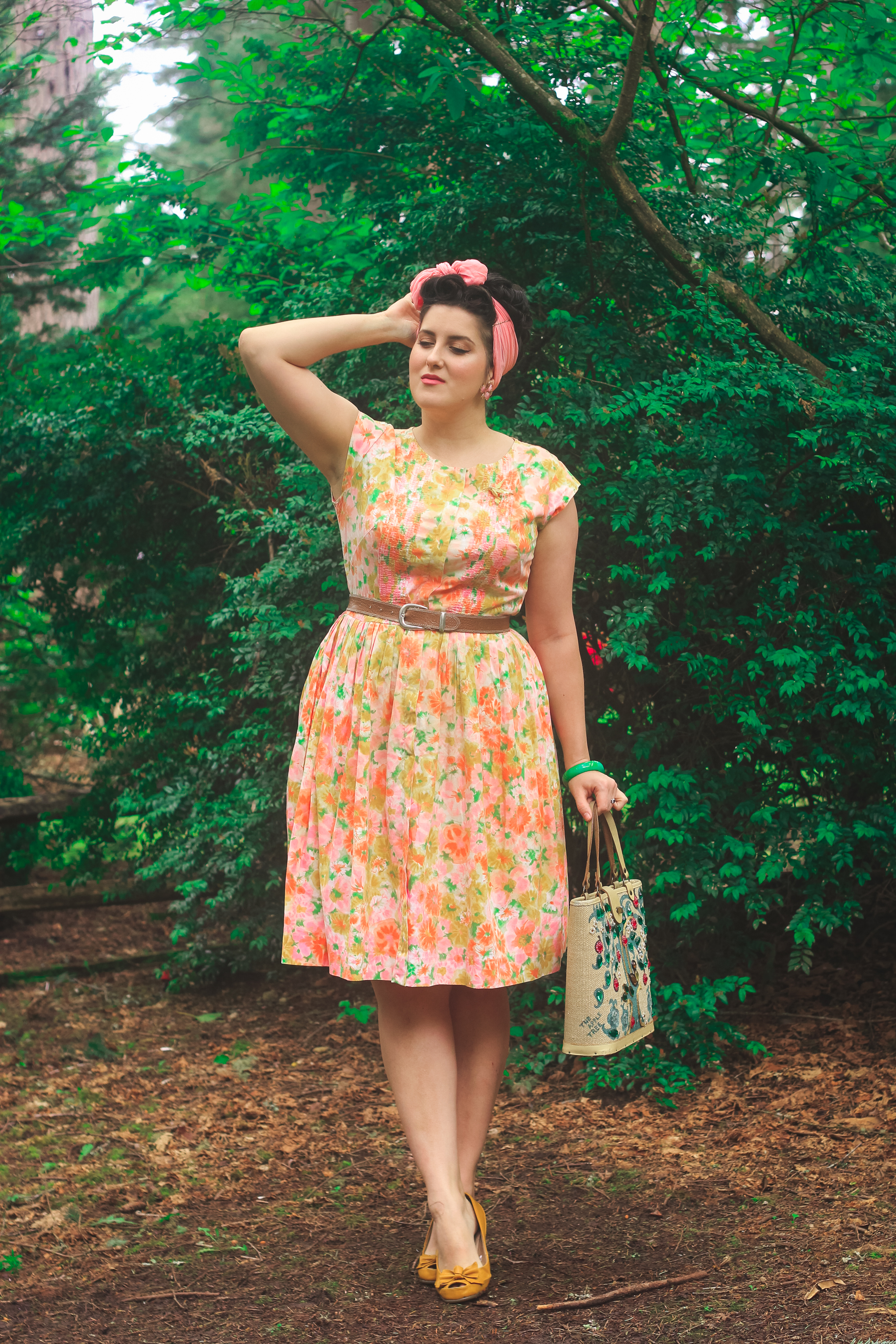 Perhaps I was also thrown off by the fact that, instead of  handing me back my purse when she was done inspecting it, she turned away and set it on her desk.

It may have been an absent-minded move, but it’s a little off-putting to have someone take your personal property, inspect it, and then set it on a nearby surface as if it doesn’t belong to you. She seemed pretty absent-minded as it was, more intent on explaining her store and vintage items and showing us some of the impressive things she had, flitting here and there as she remembered yet another dress she wanted to show us. All in all, we did enjoy perusing her shop. But I left wishing I had spoken up for myself and my knowledge a bit more. 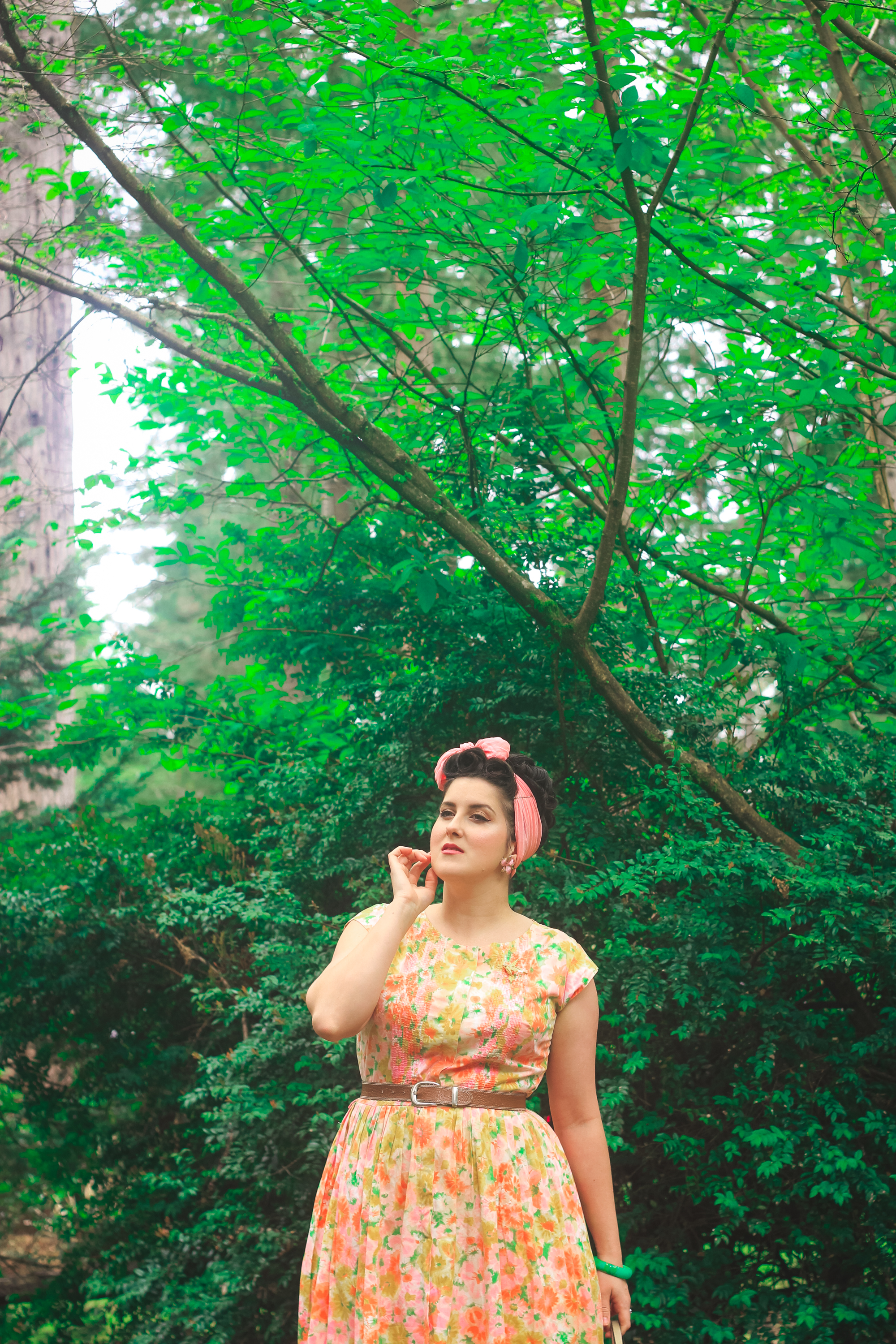 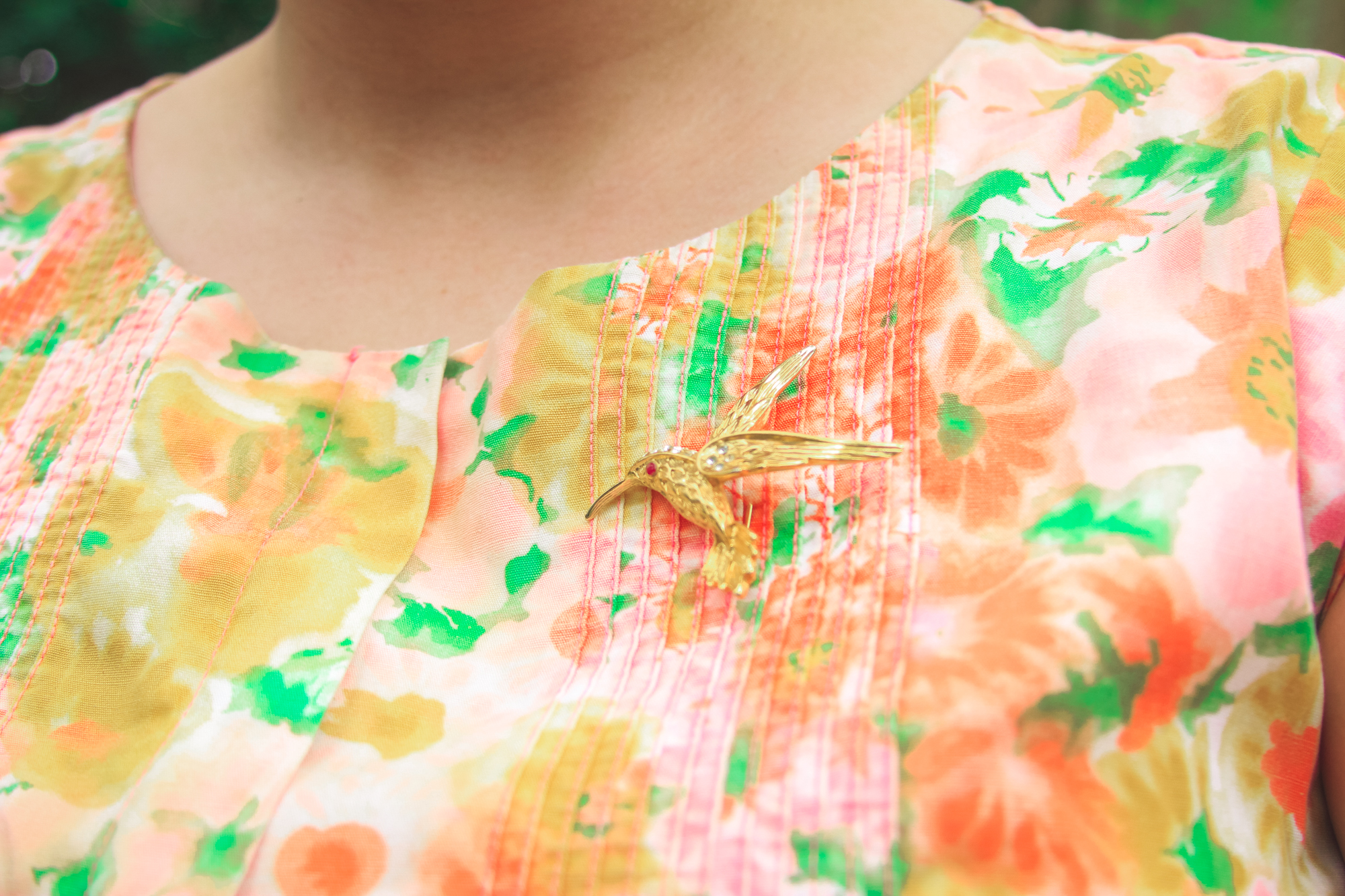 For The Love of Vintage

I was sharing earlier this morning on Facebook how much I love vintage, not just for the pretty clothes. I love the history. I love replicating styles and knowing exactly which year from which they hail. I love imagining what the woman who owned my dress in the past might have been like. Perhaps she made it herself; perhaps she bought it from a catalogue after much deliberation; perhaps she wore it shopping with pride, reveling in her beautiful new dress. 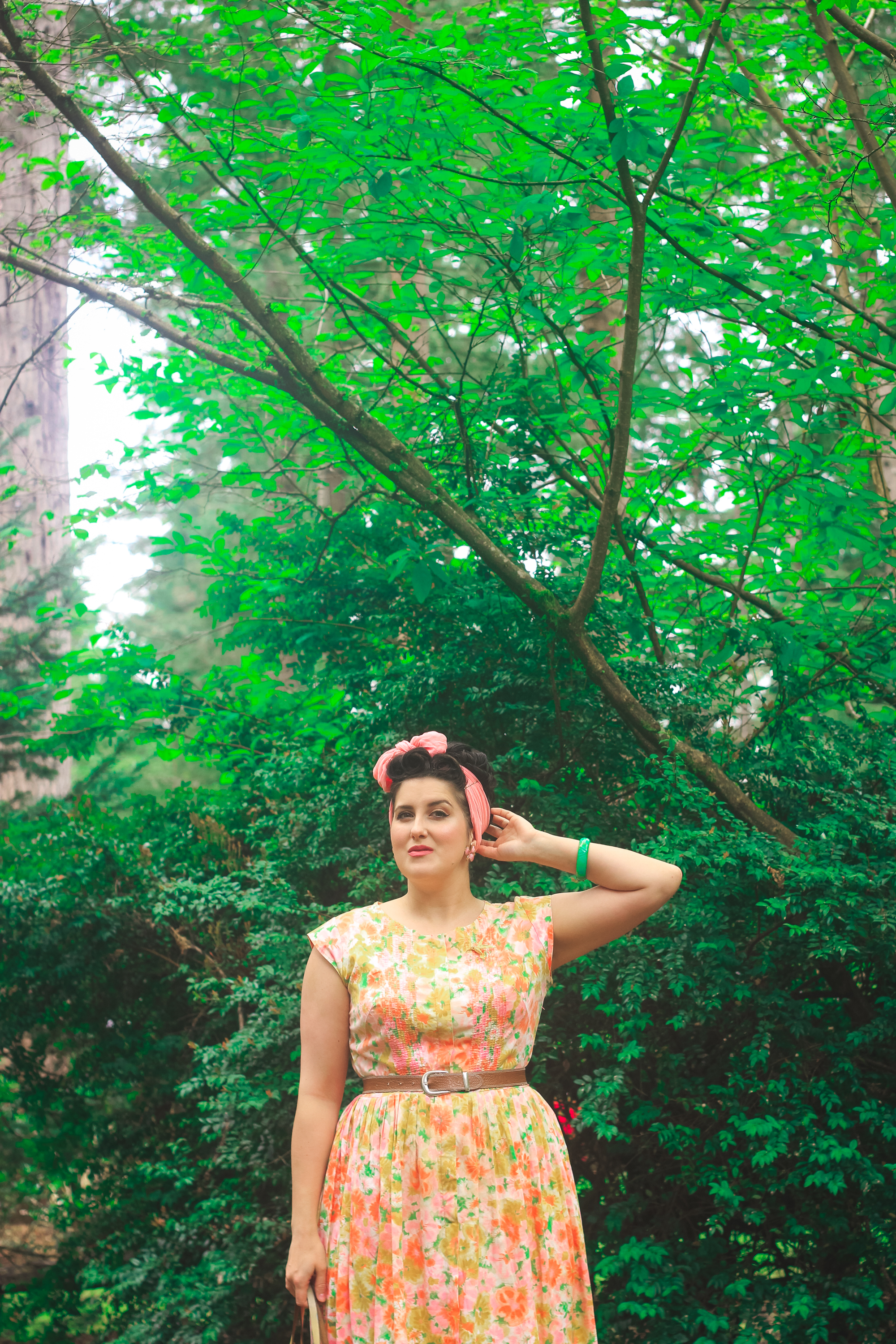 And I love being able to tell the story behind what I’m wearing. I love talking to people about the beloved history of my clothes, or perhaps just the era, or the memories of the people who comment that I look like their younger selves, or their mothers, or their grandmothers.

It’s not just about the pretty clothes. It’s so much more than that. 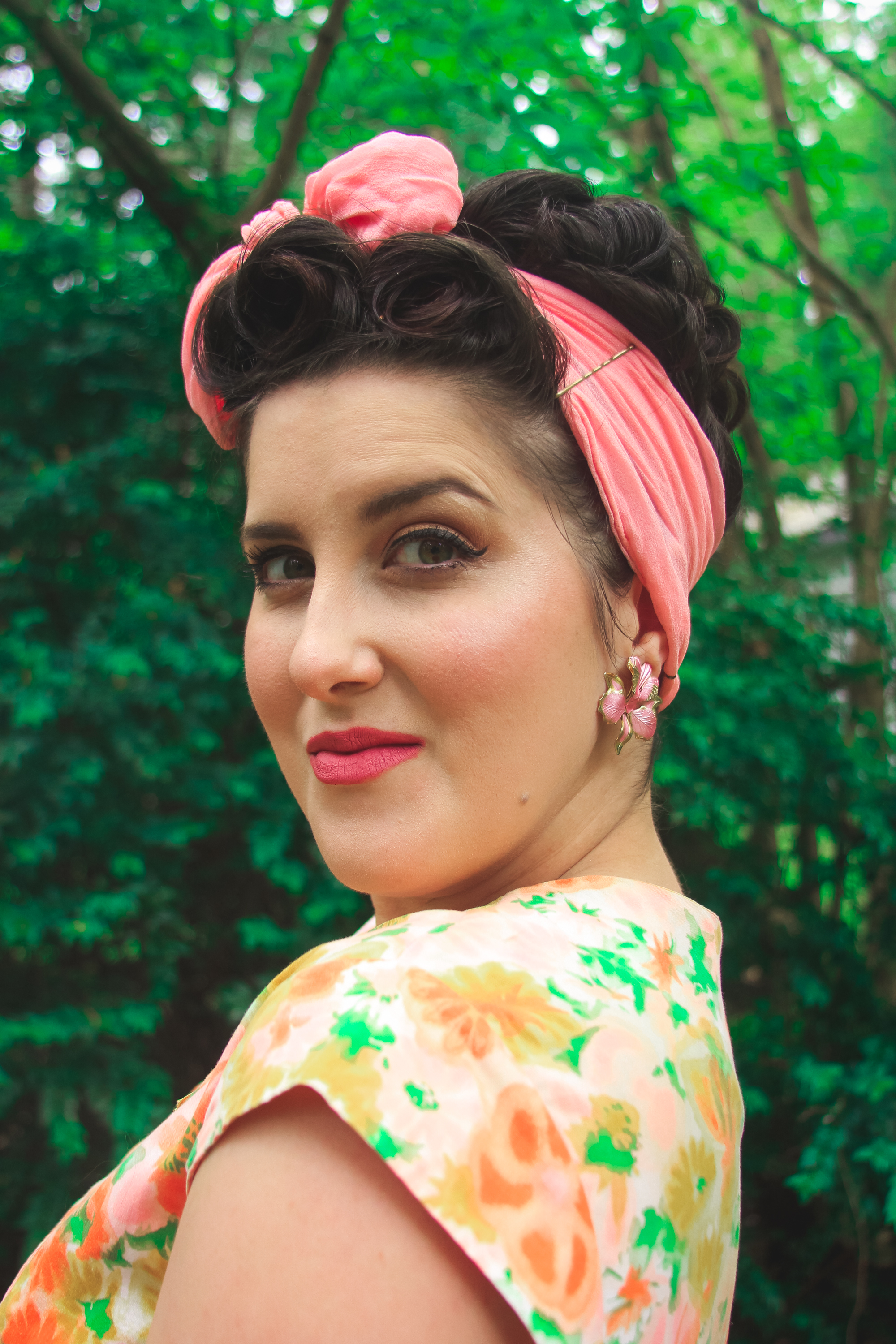 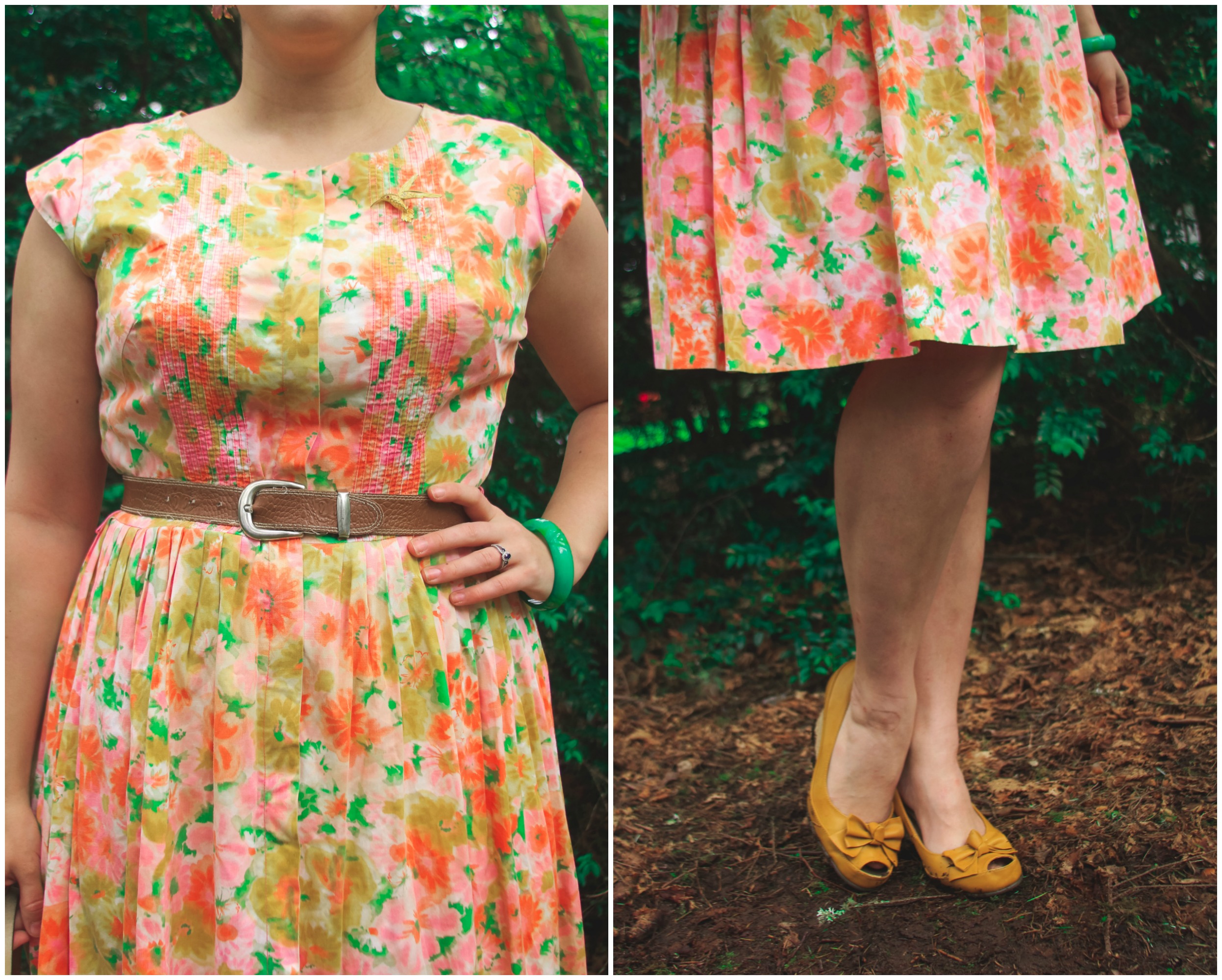 I’m not trying to claim that I know everything that there is to know about vintage; obviously I can learn so much and want to learn so much more.

But perhaps a conversation, and a willingness to listen rather than educate, would open up a path to knowledge that otherwise completely shut down the moment my own knowledge was dismissed because I look young, or inexperienced, or whatever it is about me that didn’t seem knowledgeable enough.

All of this to say: don’t be afraid to speak up for yourself. It’s not rude to let someone know that you are more than you appear. When people tell me I look like I’m from a certain era, I now respond “yes, that’s my goal!” or “yes, this dress is from that era.” While at first it felt like I was being a smart alec, it now opens up the pathway to more conversations. People tell me about themselves and their fond memories, and I love that. 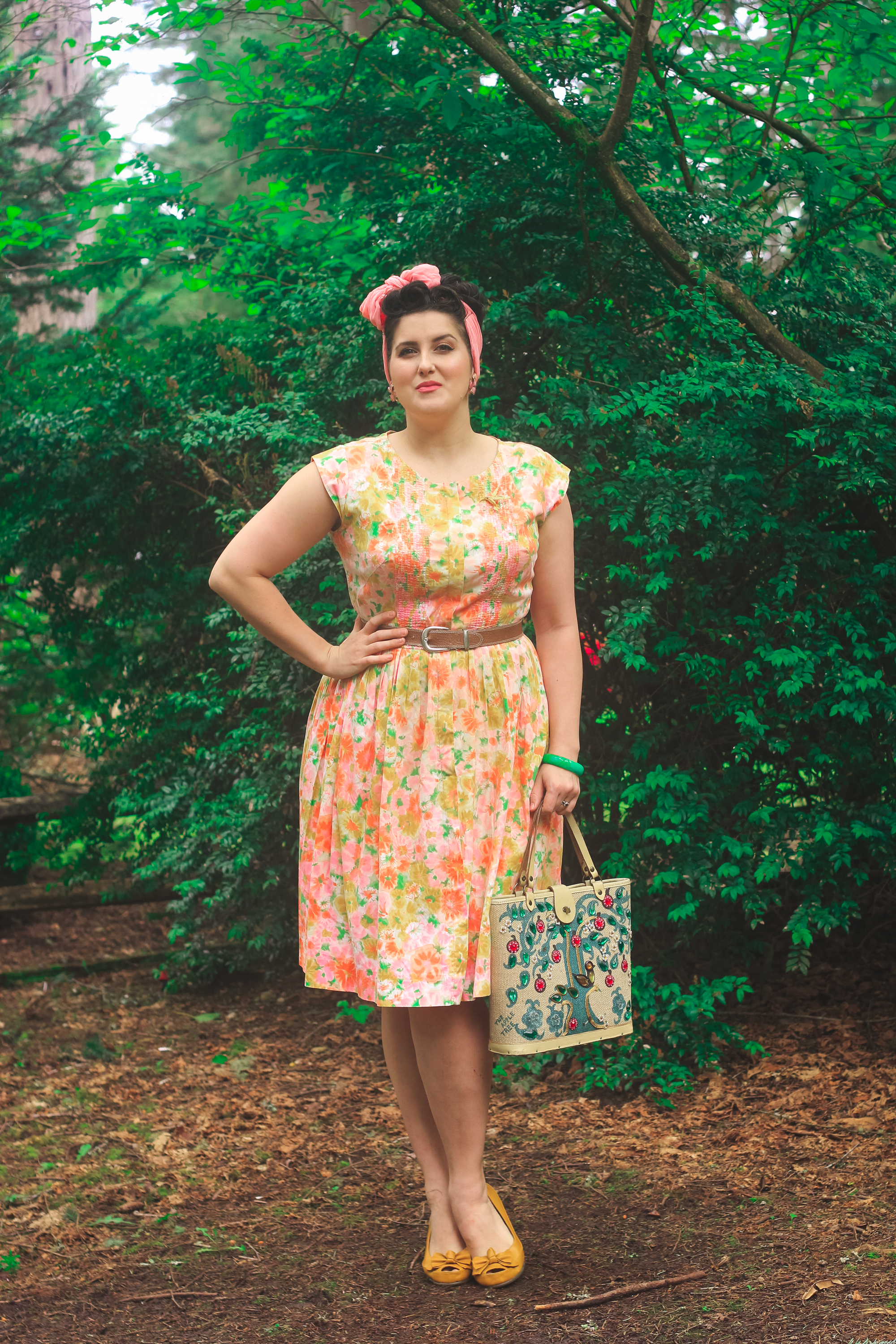