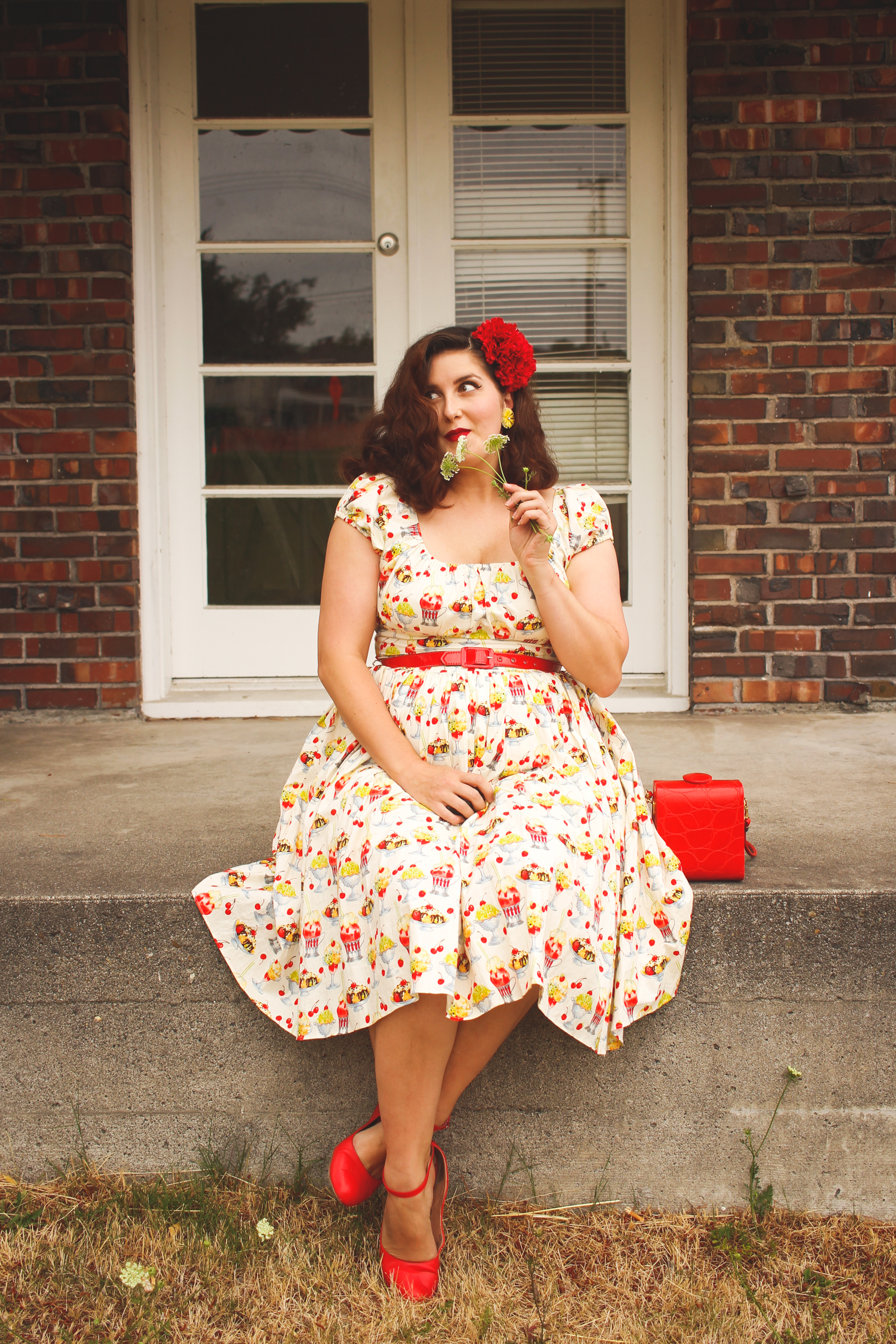 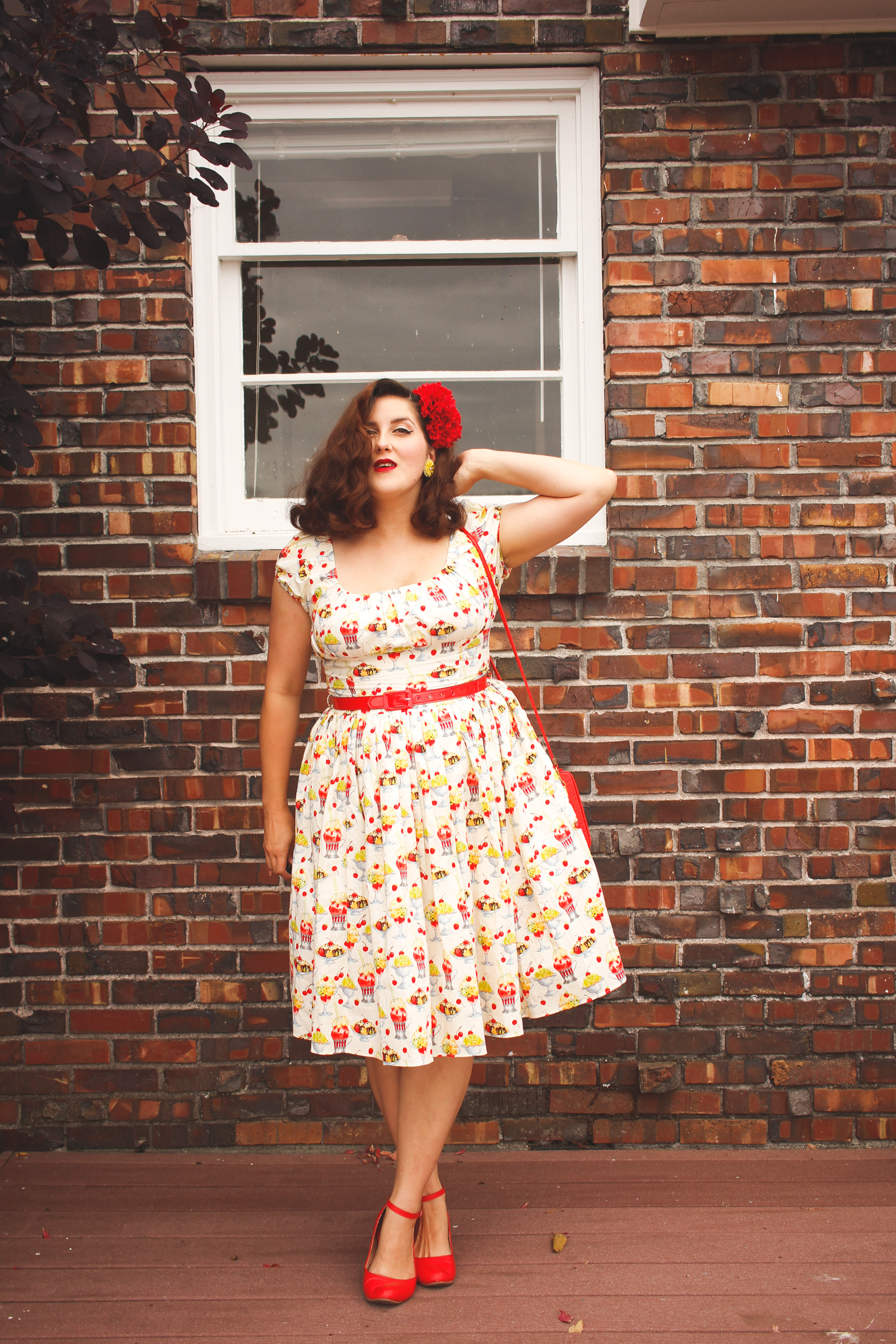 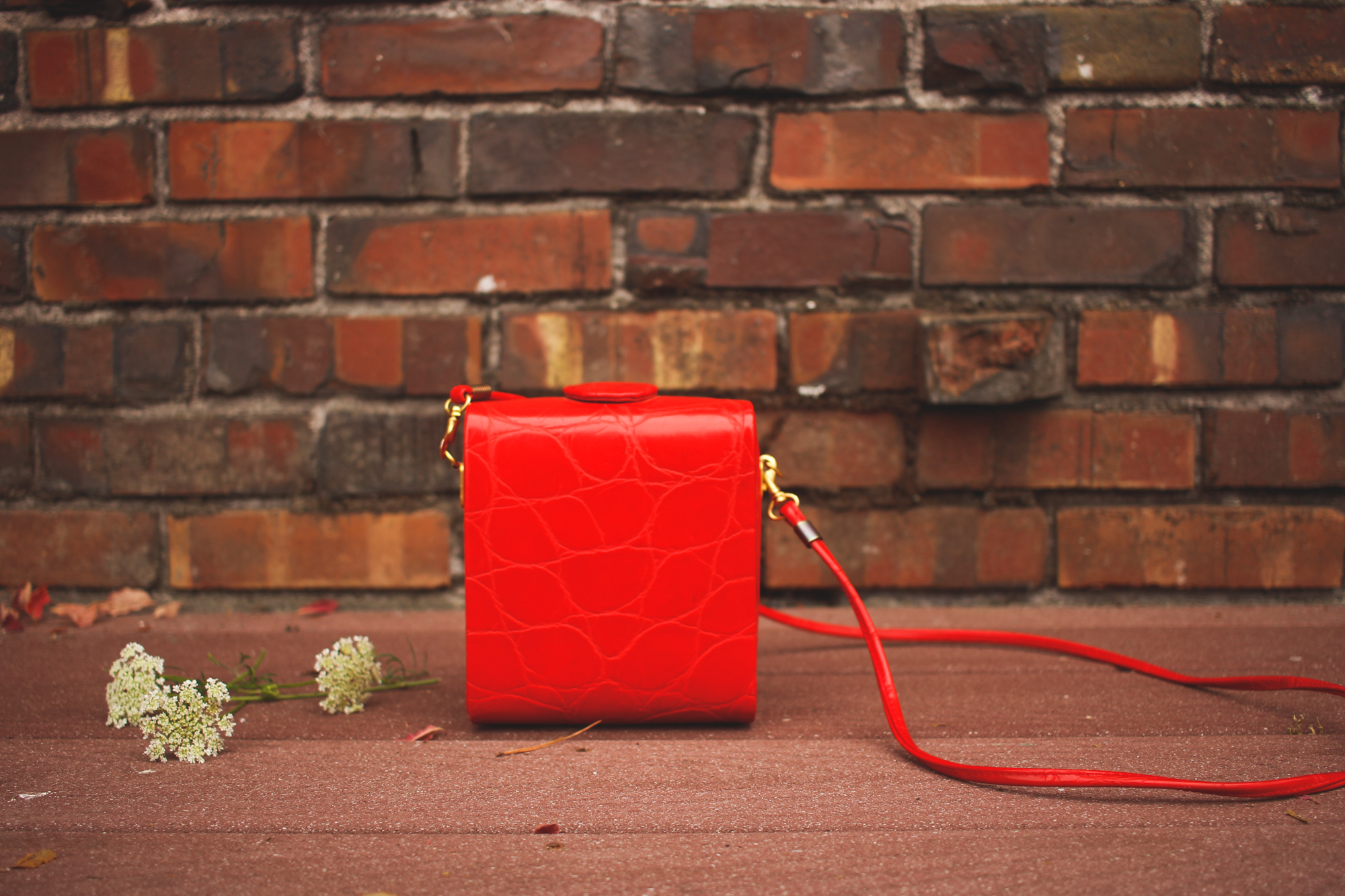 One thing I am learning in regards to blogging now that I have three kids is: be flexible. Yesterday was my first real grocery shopping trip since having Irene. Of course, I’ve been to the store in the weeks since her birth, but none of those trips were for a full week of food and necessities. I meal planned, loaded all three kids into the car, and, since my mom was going to watch the two older kids, grabbed the camera and tripod with hopes that maybe I could squeeze in a photoshoot while I was out. I’ve easily done photoshoots with one kid in tow. Theoretically a newborn would be the easiest — she can chill in her seat nearby, I can snap photos, easy!

But life always has other plans. 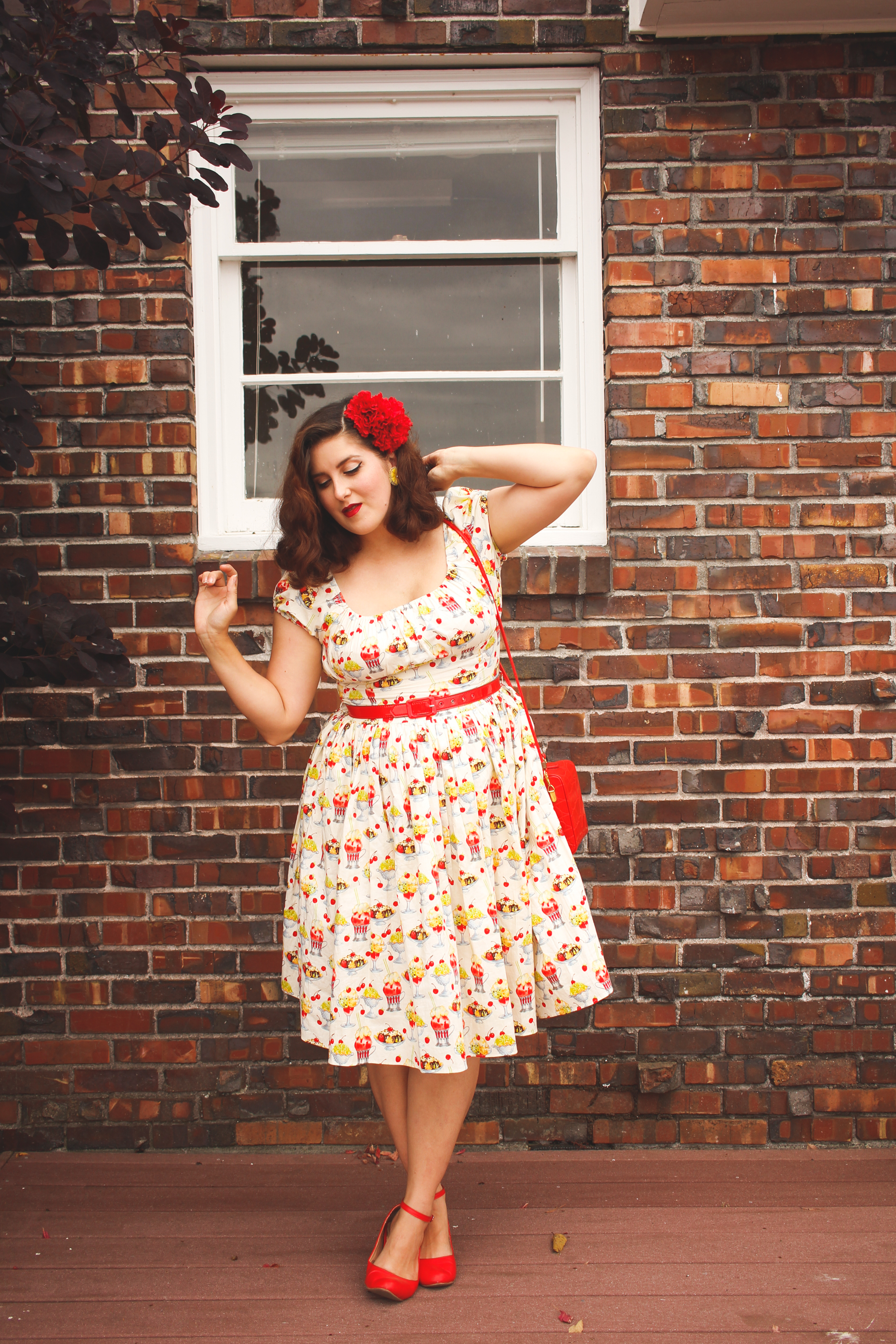 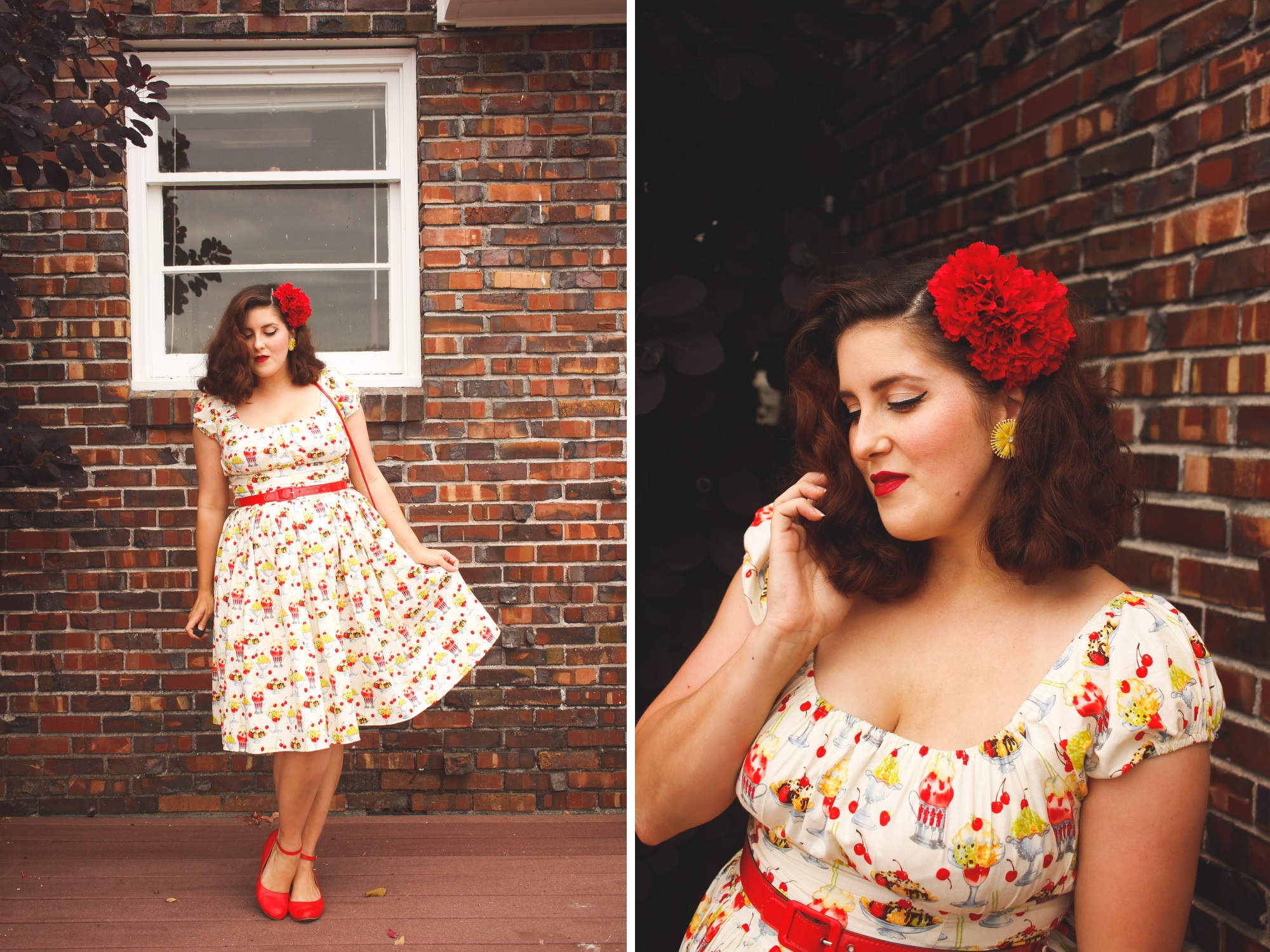 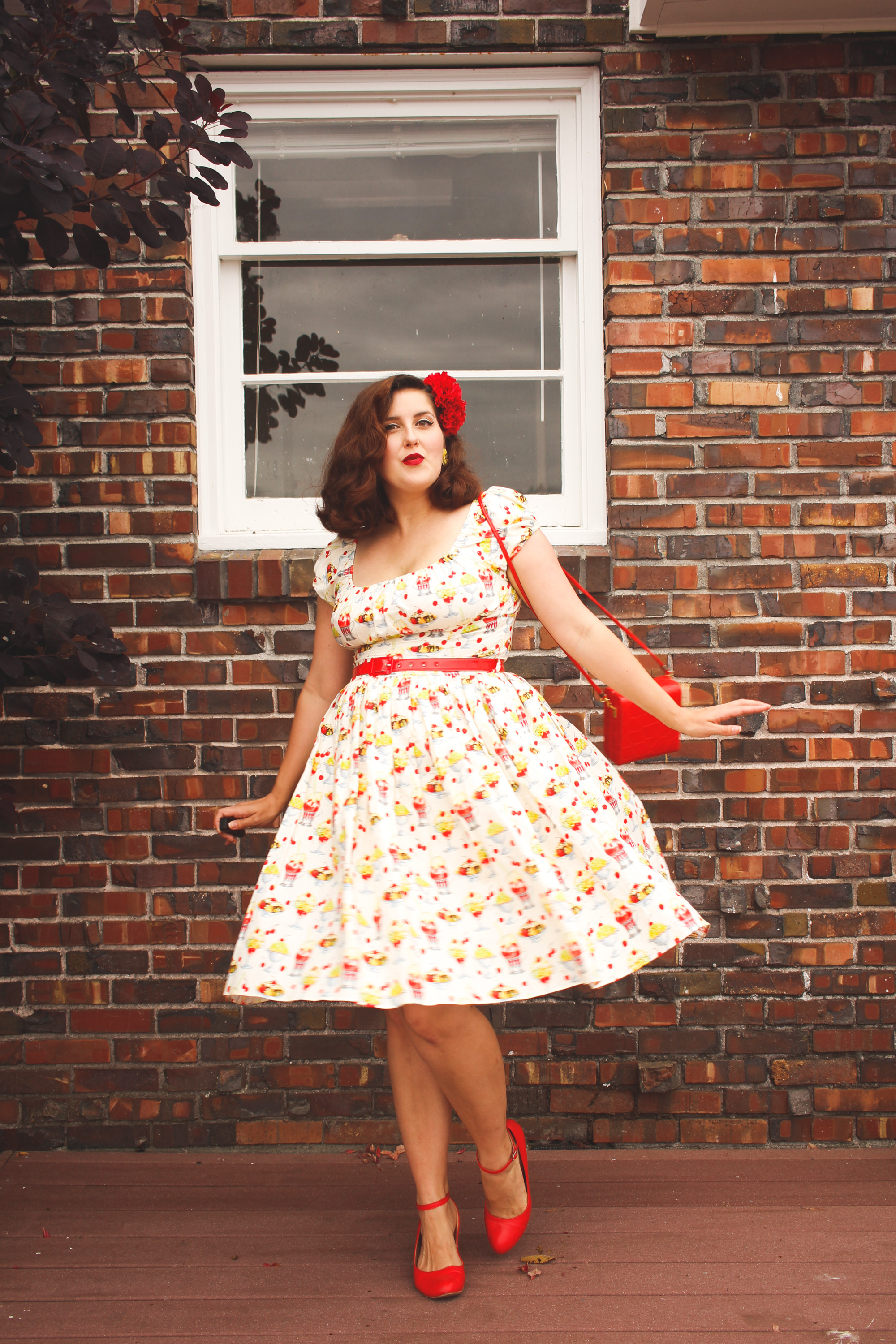 I left with a good two hours of time, having just fed Irene, list in hand. My first thought was to snap photos before groceries. There were two very cute uninhabited buildings on my way to the store, and either of them would have been a perfect backdrop for this adorable ice cream sundae Bernie Dexter dress. One, a baby blue structure with a scalloped overhang, evoked a vintage diner. The other, a yellow building with green trim and flower boxes at the windows, was whimsical if a bit dirty. But Irene wasn’t having it. Currently in a phase of hating her carseat, she hadn’t yet succumbed to the drone of the car and dropping off for her nap, so as soon as I stopped at a potential photo spot, she started complaining. 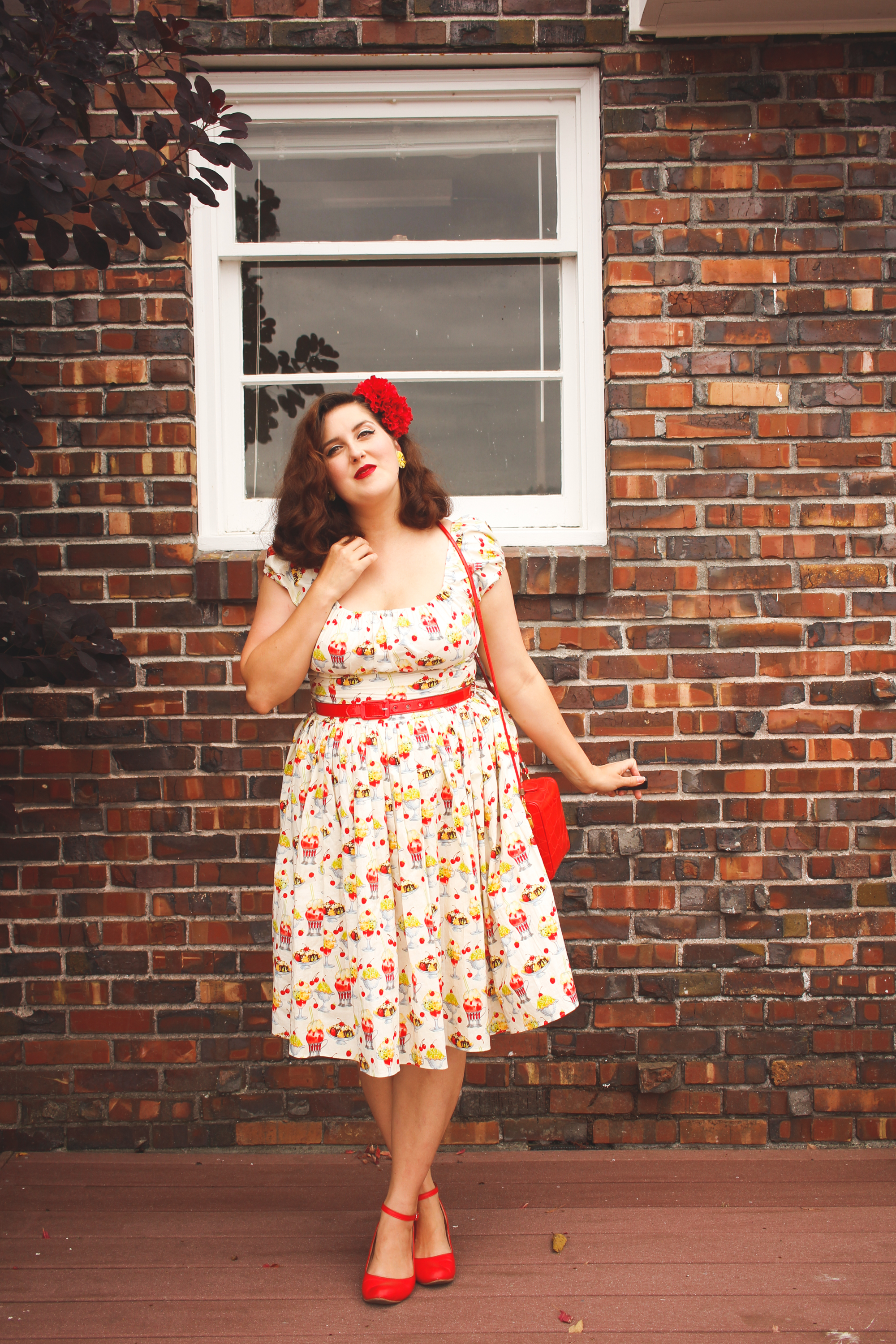 So I decided to try after shopping instead, and headed to the store. Irene, of course, fell asleep in the ten minutes from the photo spots to the store, and slept most of the way through our shopping trips. Mostly. About ten minutes before I was done shopping, she decided it was time to eat, which led to me attempting to cover her with her blanket and breastfeed as I walked through the store. I had nowhere to sit and feed her, and was not going to succumb to sitting in a bathroom feeding my child. It worked okay… except my milk production is fairly strong, which resulted in her pulling away and my getting milk ALL over my dress. 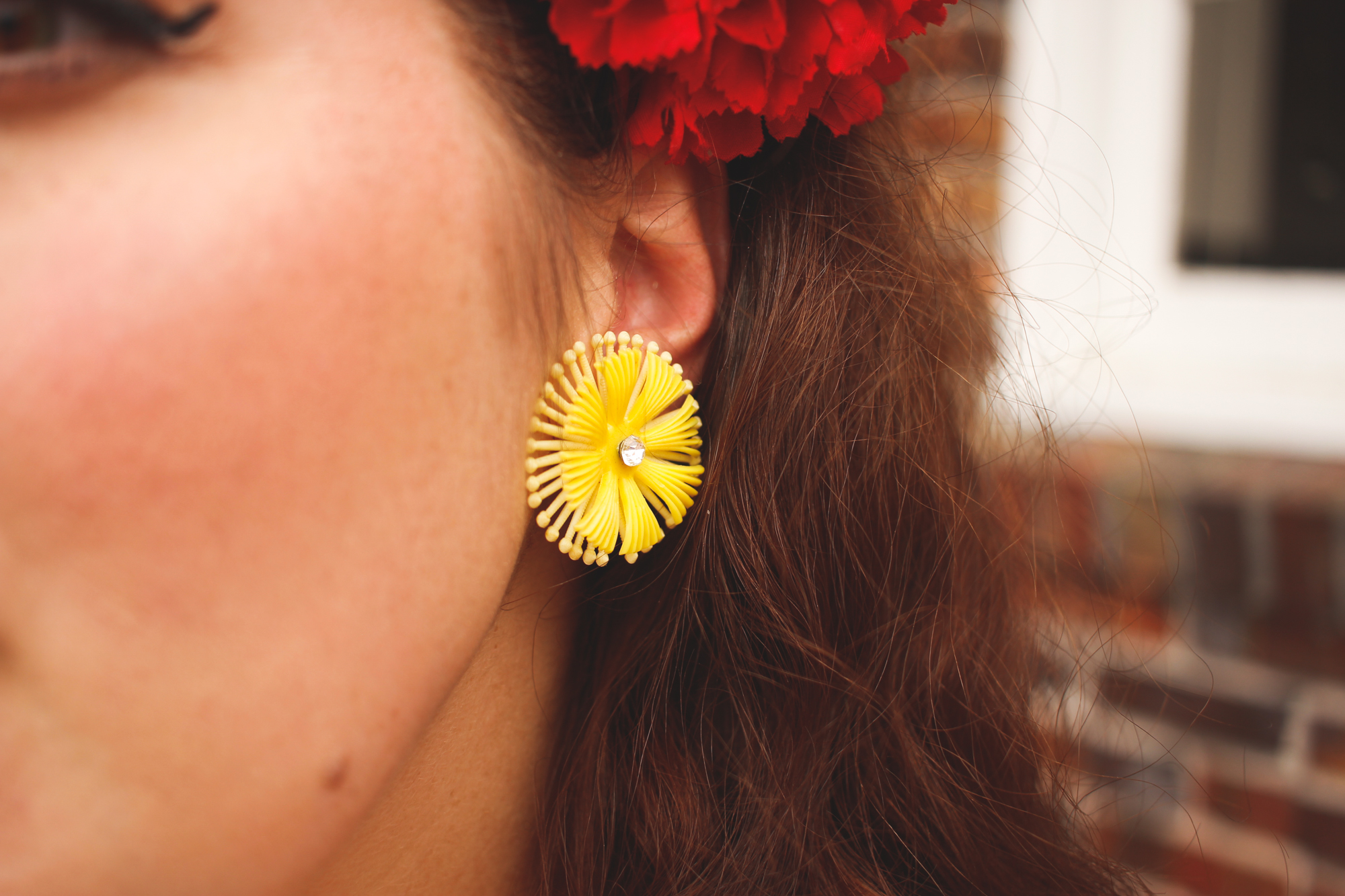 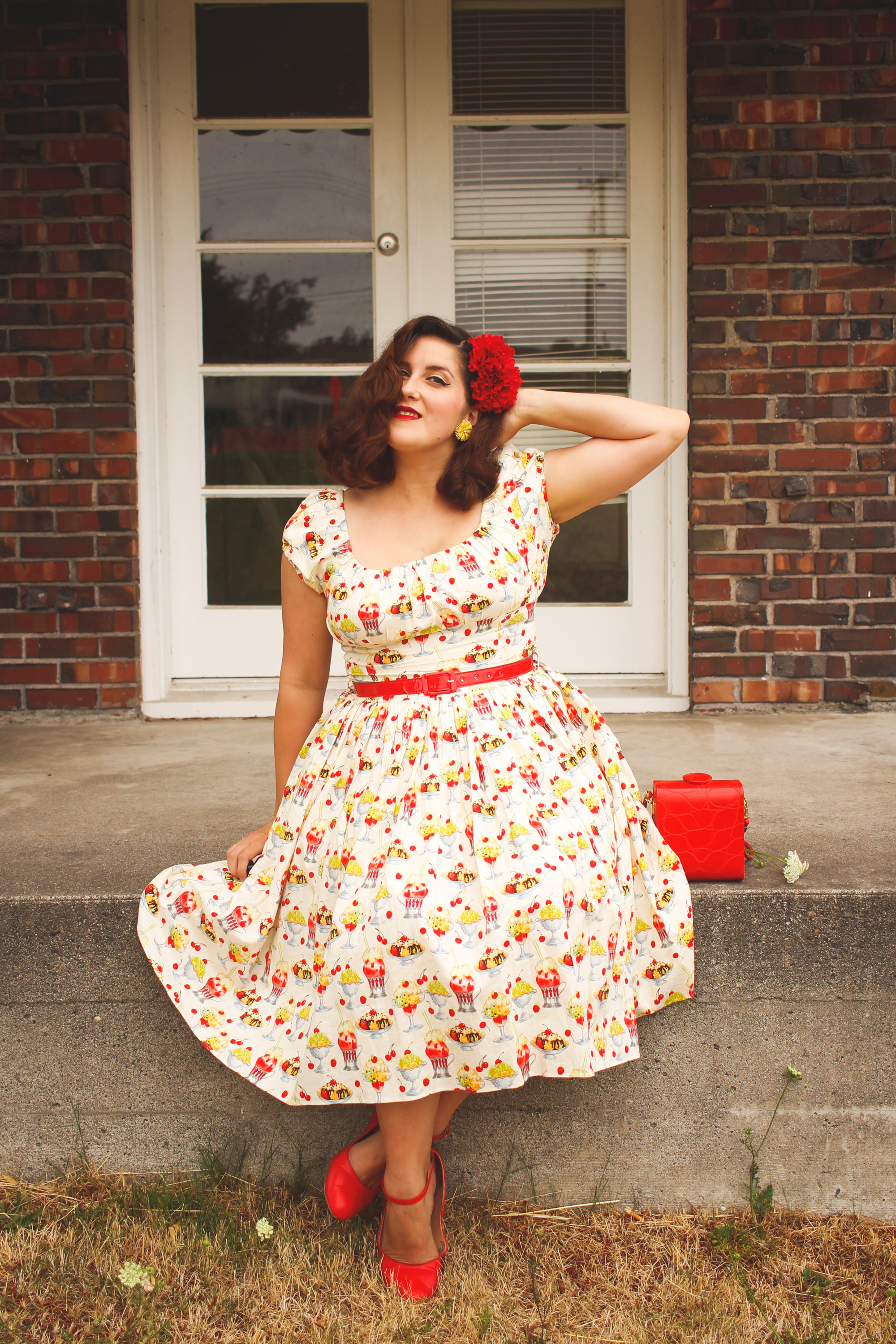 And once again, we left the store and when we got to the photo spots, Irene was still awake. So, I decided maybe I wouldn’t be getting photos that day, and picked up my older two kids to head home. We didn’t get home until late afternoon, by which time both girls had fallen asleep and Asa wanted to go to grandma’s house. And then, somewhere between the girls waking up and my husband getting home, in a completely “this is mom life oh my word” moment, I found poop on my arm.

I know, it’s gross. But let’s be honest: if you’re a mom, you know this moment well. And if you want to have kids… you’ll find out soon enough. No matter how good you get at changing diapers, there will be unwanted substances on you at some point. 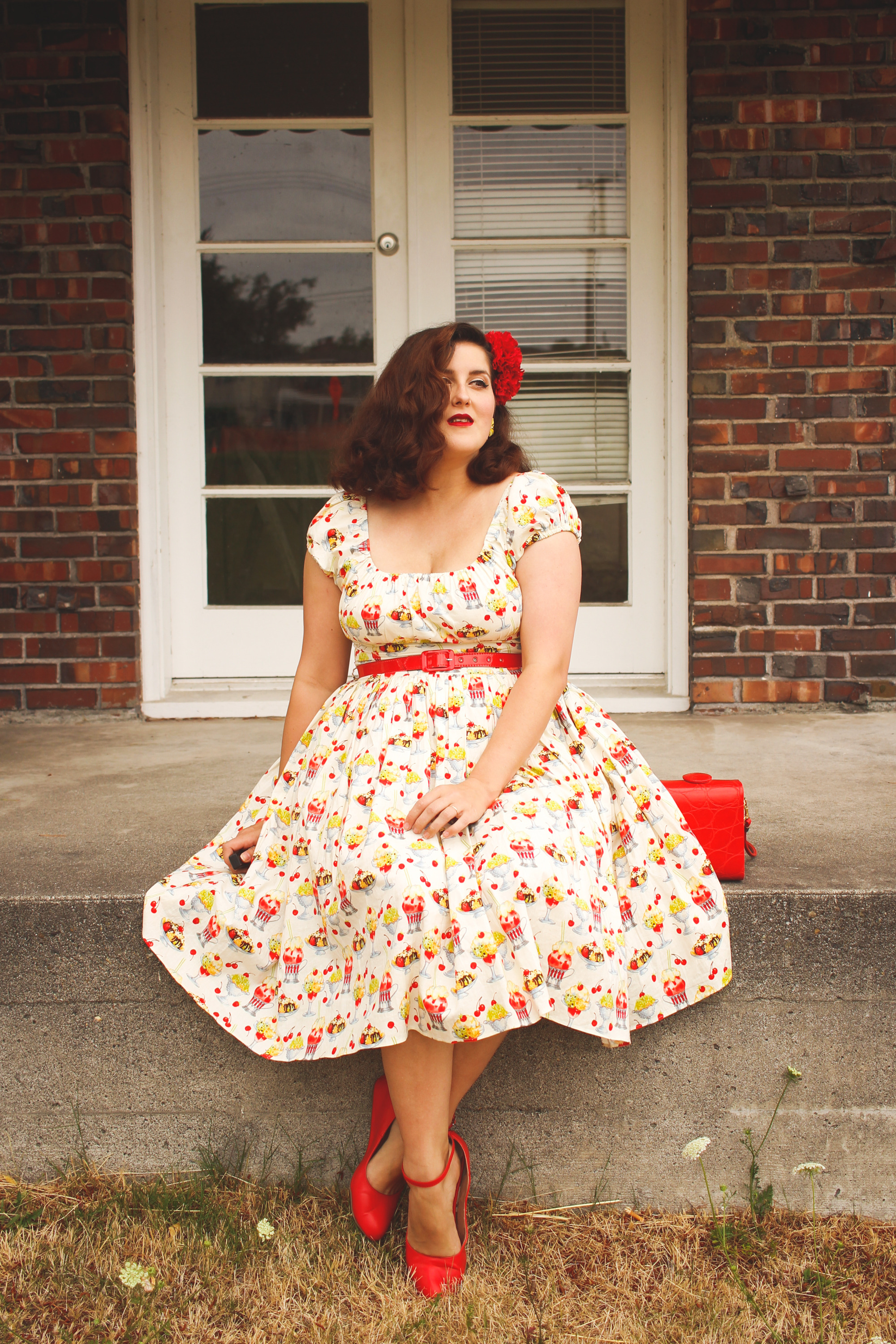 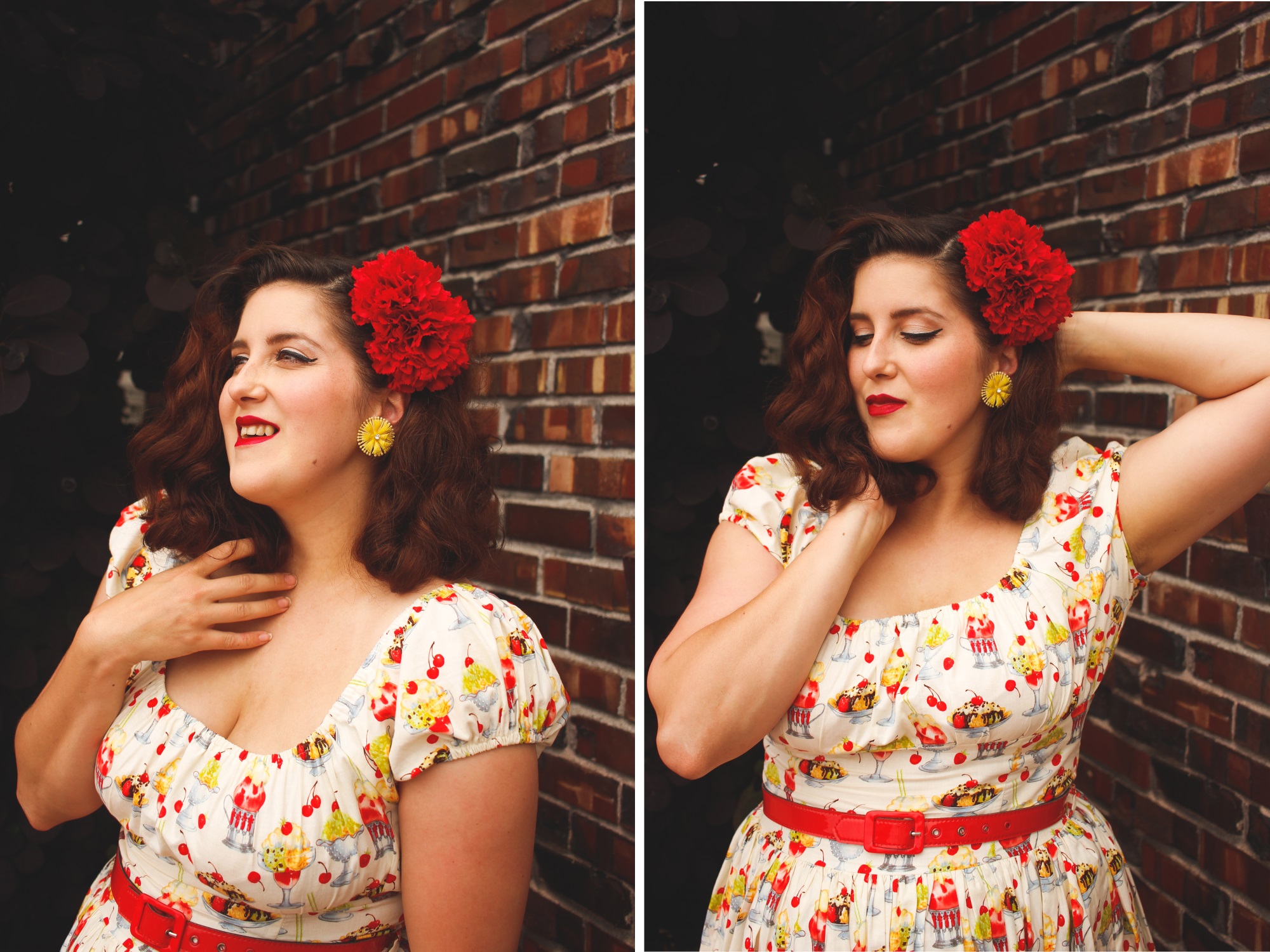 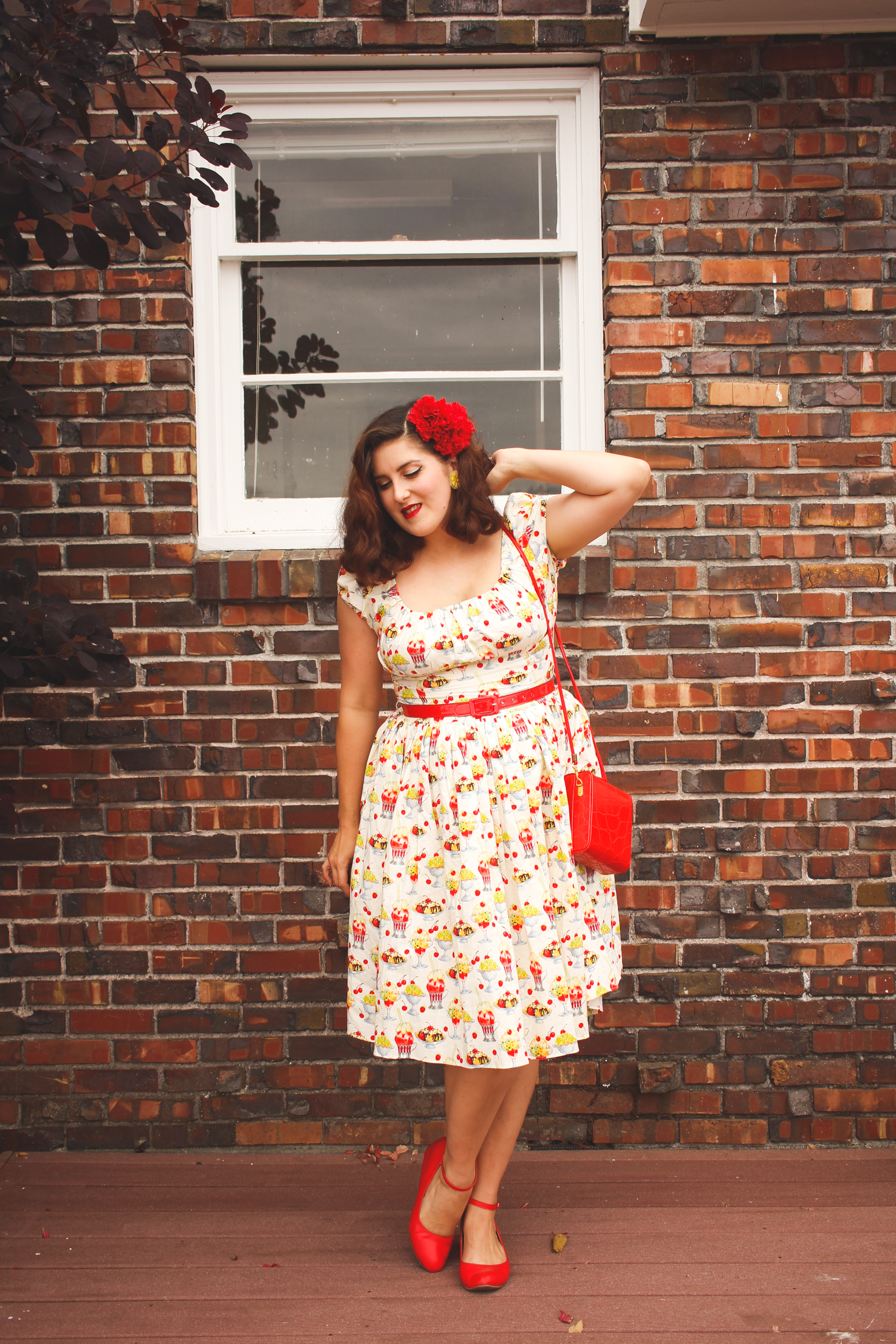 After that, I decided I definitely needed to get out by myself. Thankfully, my husband gets home with plenty of time to spare before the sun sets, so soon after he arrived home from work, I left to have an hour of me-time and, of course, went in search of a photogenic spot. 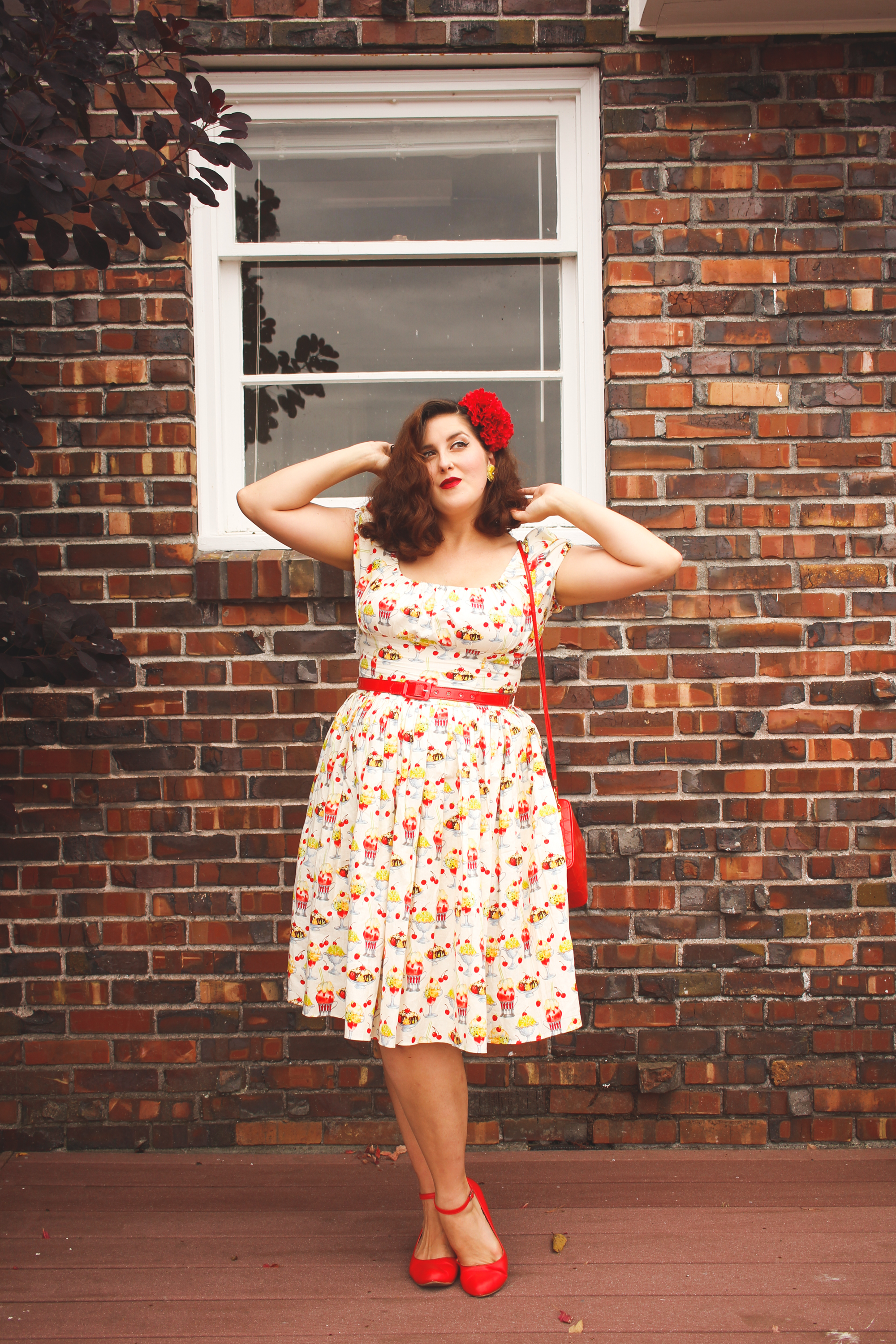 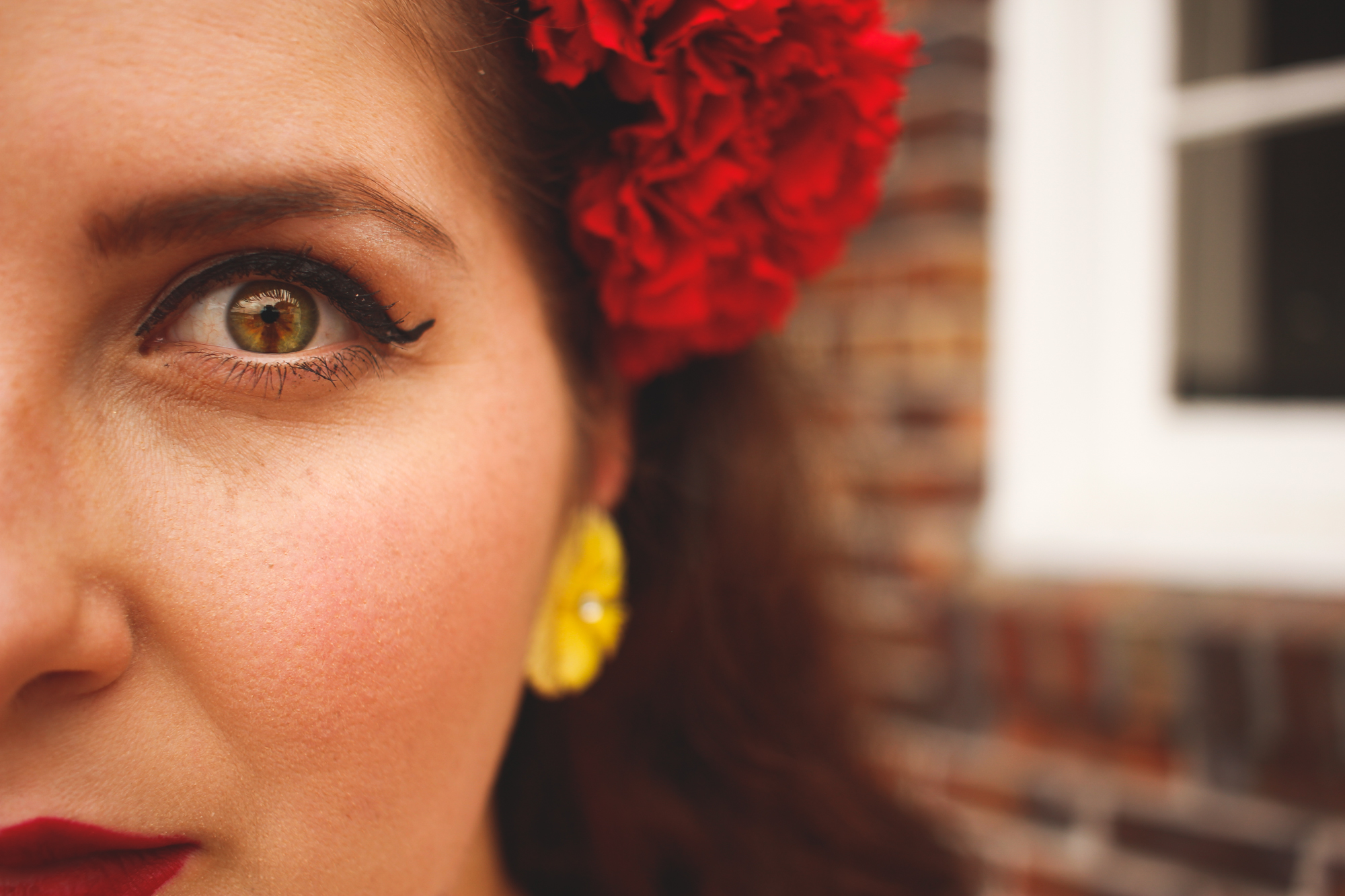 I know that it will take a while to get back into the flow of things. As much as I feel ready and really want to get back to a schedule of sorts, the first few months of Irene’s life I know will be the months where I just have to flow with whatever happens, and not worry about sticking to a strict schedule with blogging and video making. And that’s okay with me! These days I am aiming for one photoshoot/blog post a week, and hopefully one video as well. I actually have footage of a thrift haul, and a summer lookbook started, but of course I have to find time to edit! 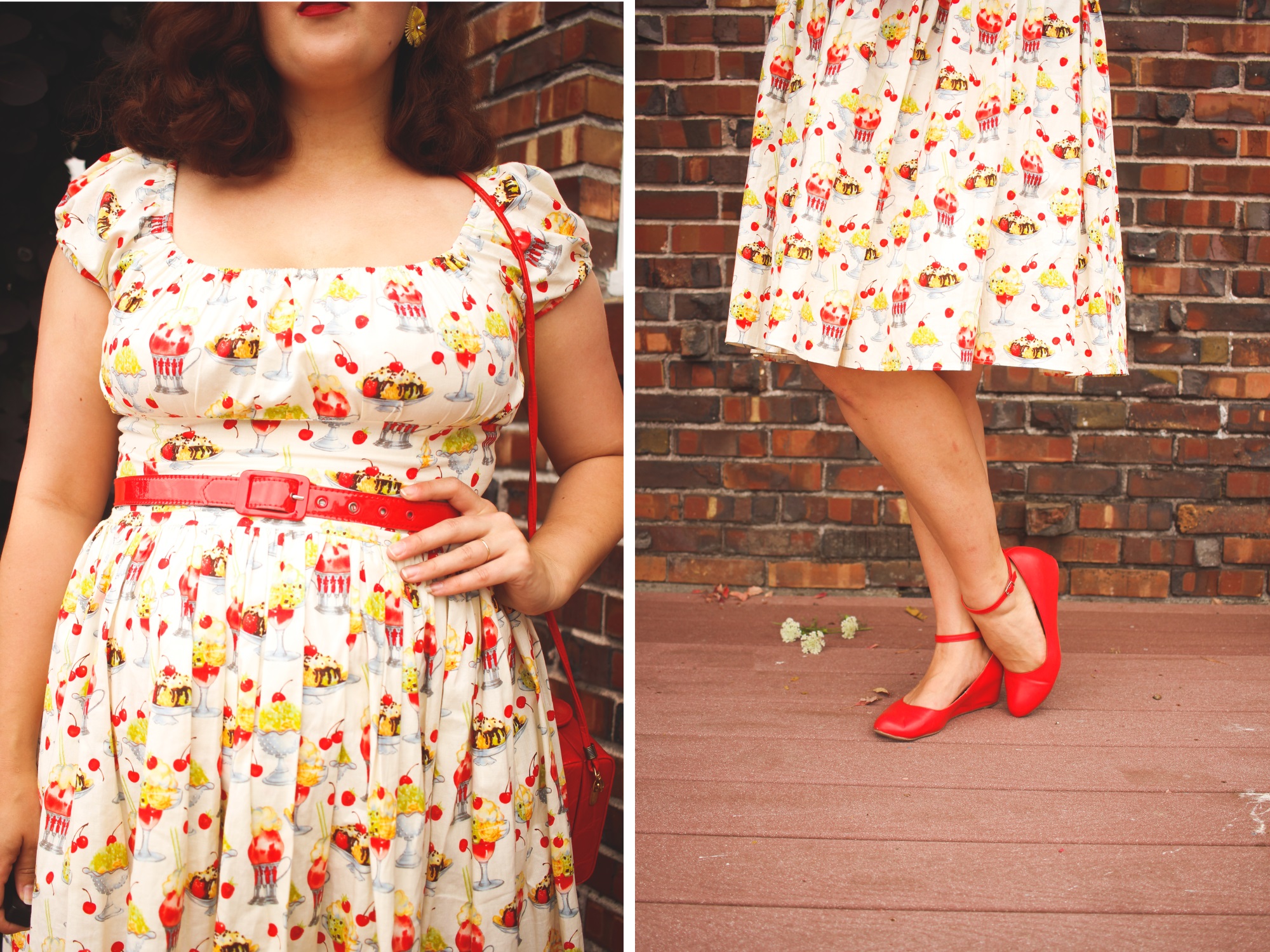 I know I have fellow fashion bloggers who are moms: what challenges do you face when trying to get photos? Even if you aren’t a mom, I know it can be challenging to get out and get photos. What’s the most you’ve ever faced? 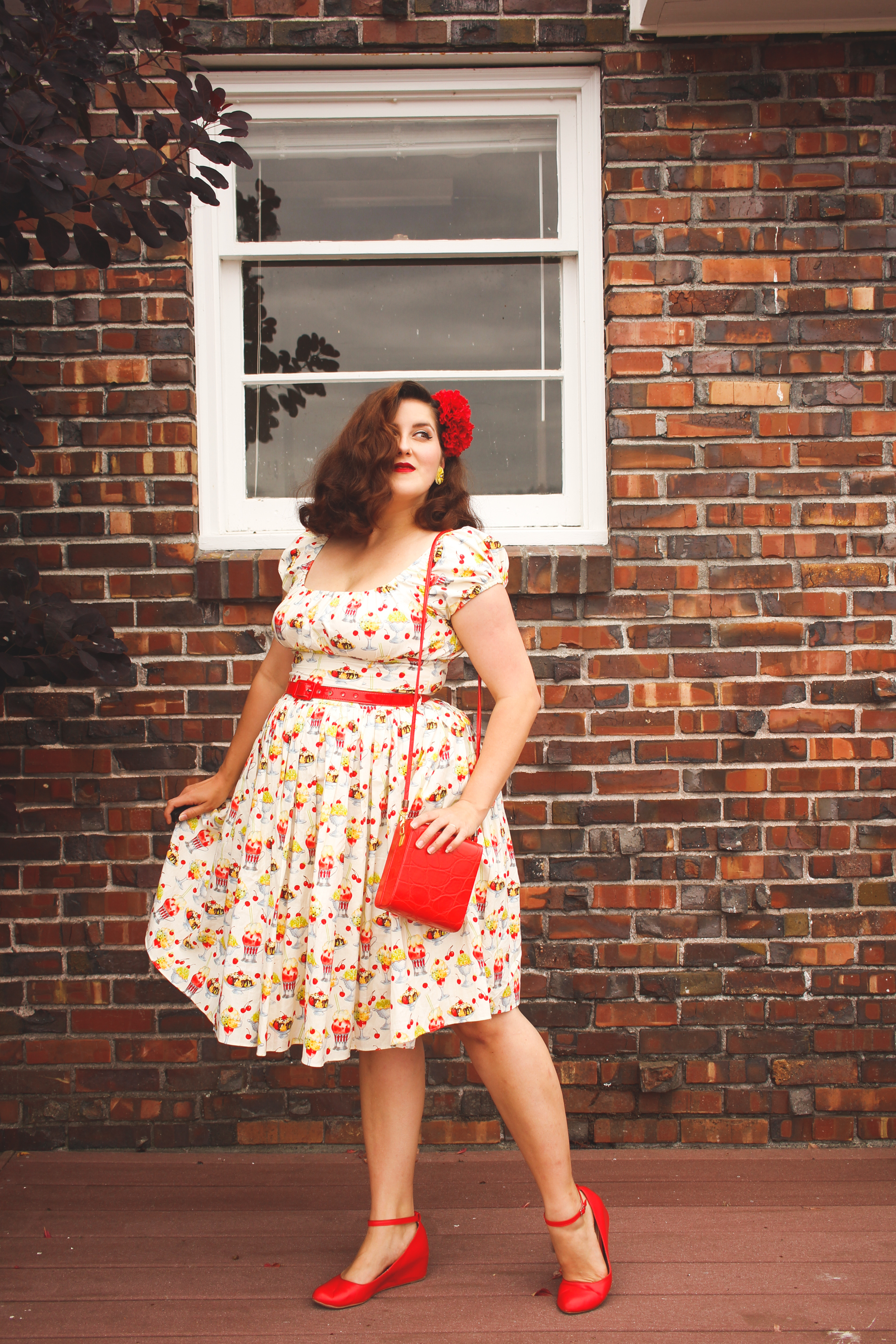