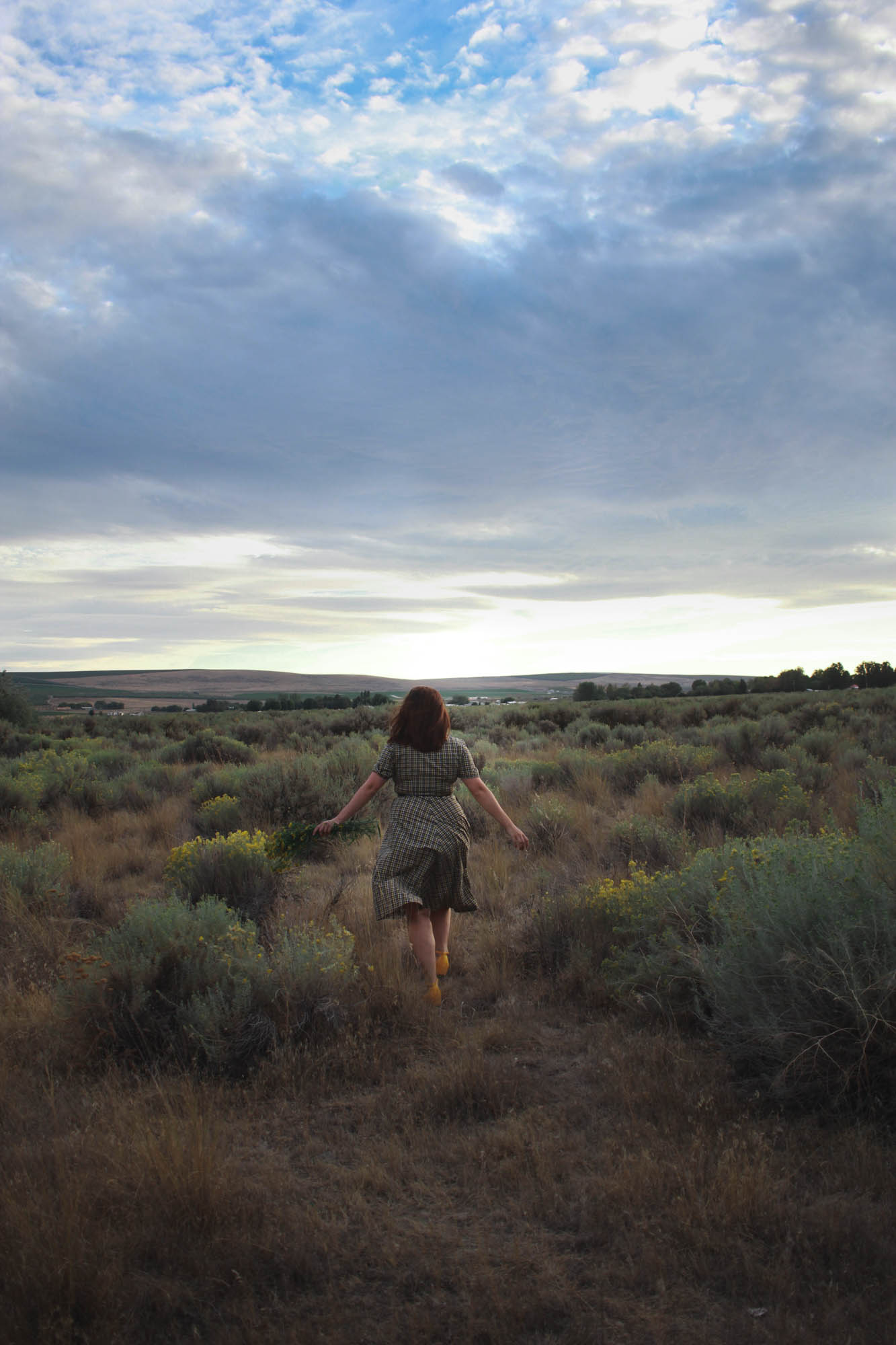 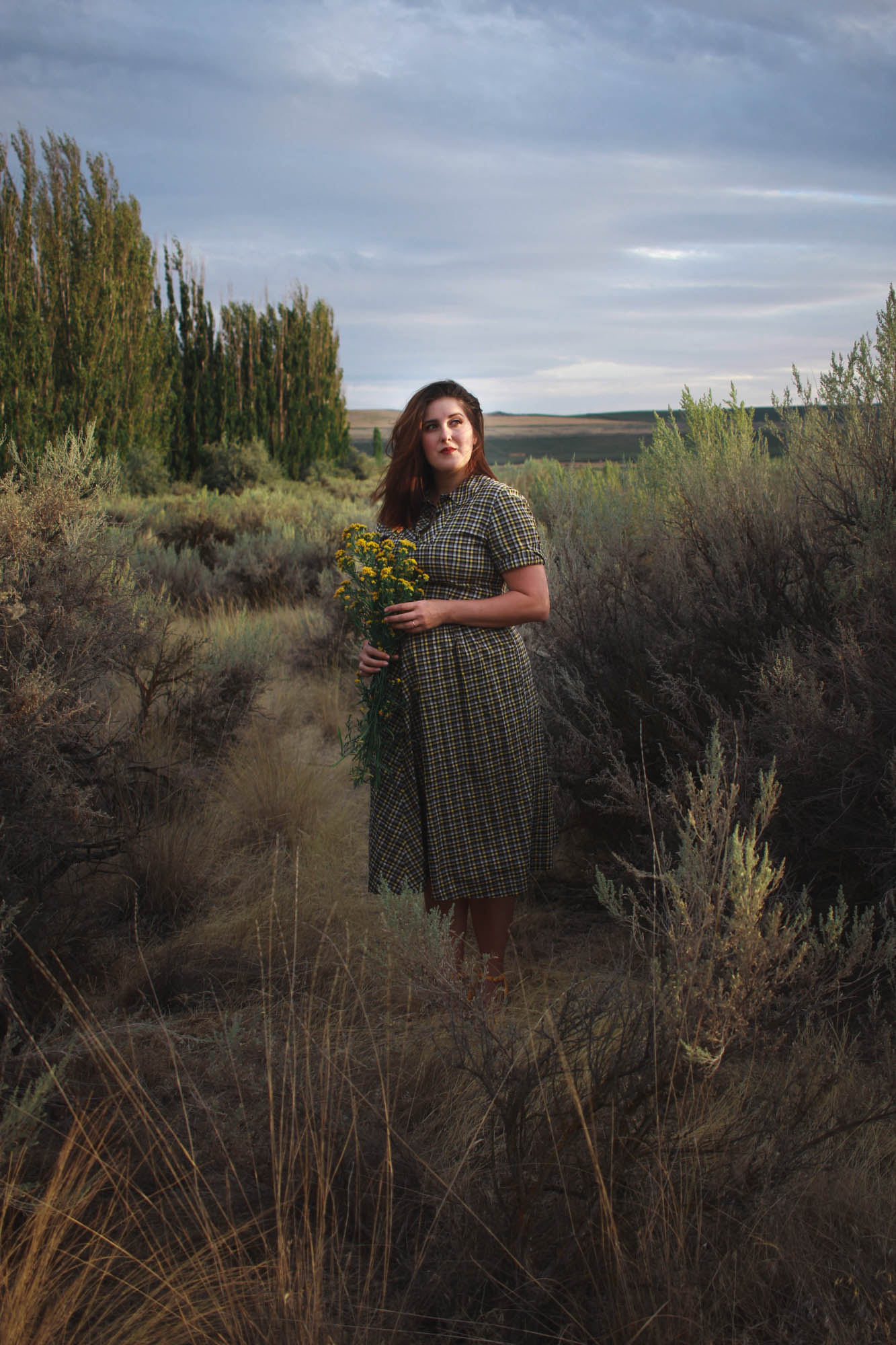 As I mentioned earlier this week, last weekend my family went camping at Potholes State Park. While we were there, my husband and I decided to film an outfit video, and I had a very vague inkling of what I wanted it to be. I really love making outfit short films, if you will, showcasing an outfit but in a storytelling manner, and while I wish we had gotten a more narrative collection of shots I’m so happy with how this one turned out! It’s given me loads of ideas for future short films that may actually become actual short films!

In this, I simply wanted to shoot as if she/I were something of a memory for the nameless eyes behind the camera. Much to my husband’s trepidation — as he is an excellent planner and loves to storyboard and have a complete plot — I merely had snippets of what I wanted in mind. “Shoot me walking that way,” I’d say, or “I want to be over in that brush over there. I don’t know what I’ll be doing yet but…” or, “get a detail shot of the flowers! Oh, look, there’s a beetle!”

As a director, I’m perhaps not the best at explaining the ideas in my head, but nonetheless he did excellently in capturing the vibe I wanted, and along with music from one of my favorite composers on freemusicarchive.org, I think it came together! 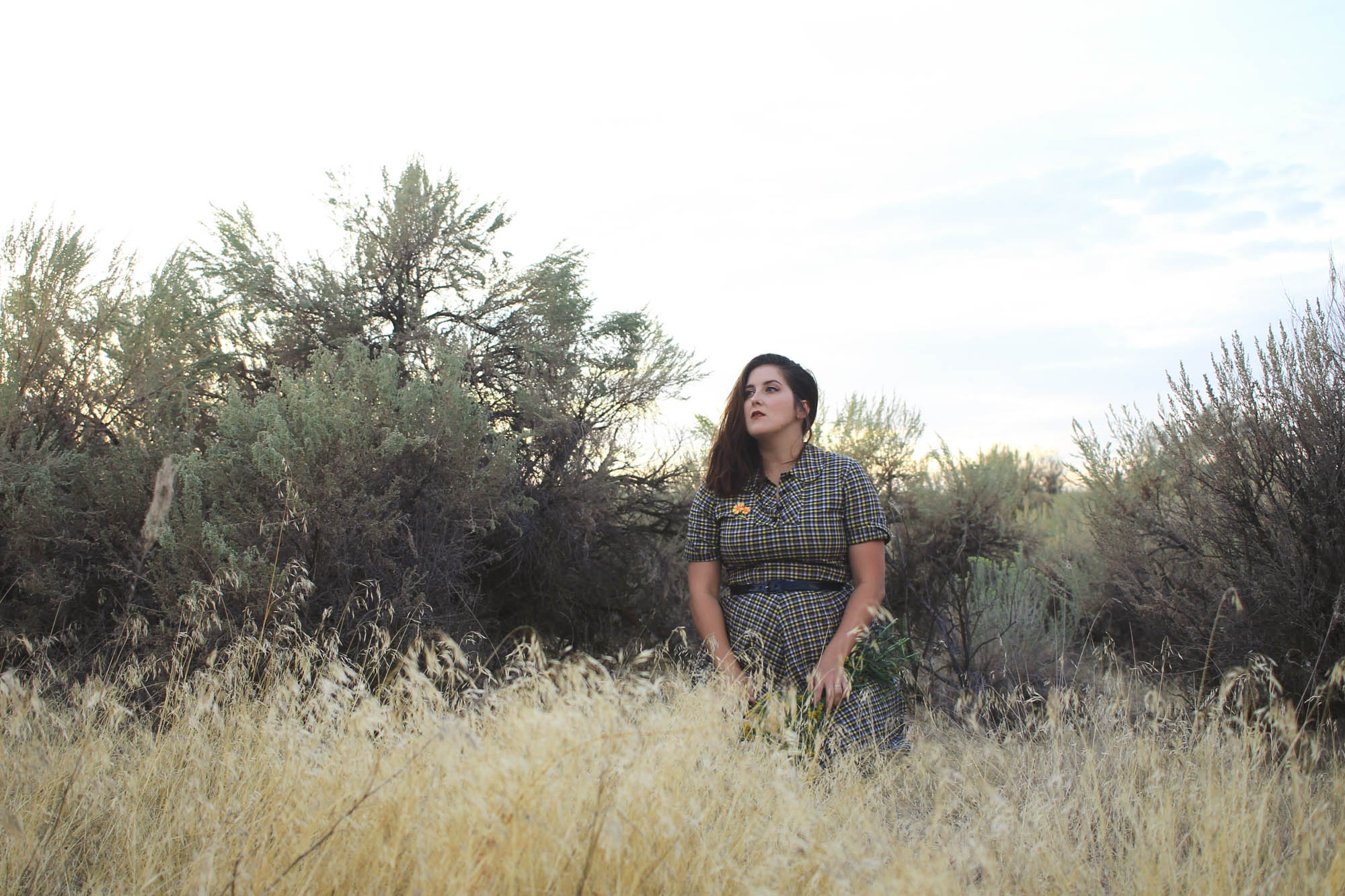 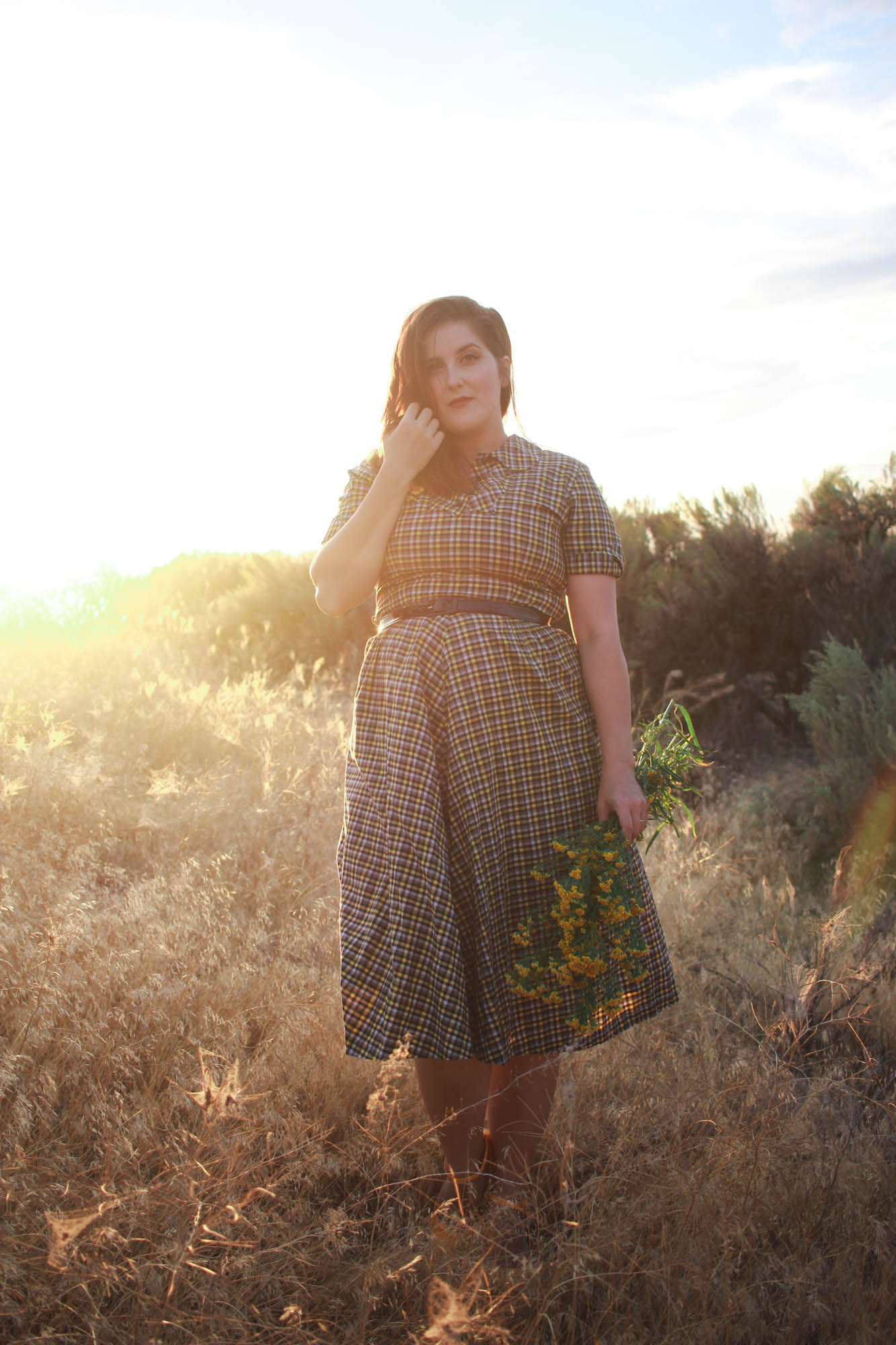 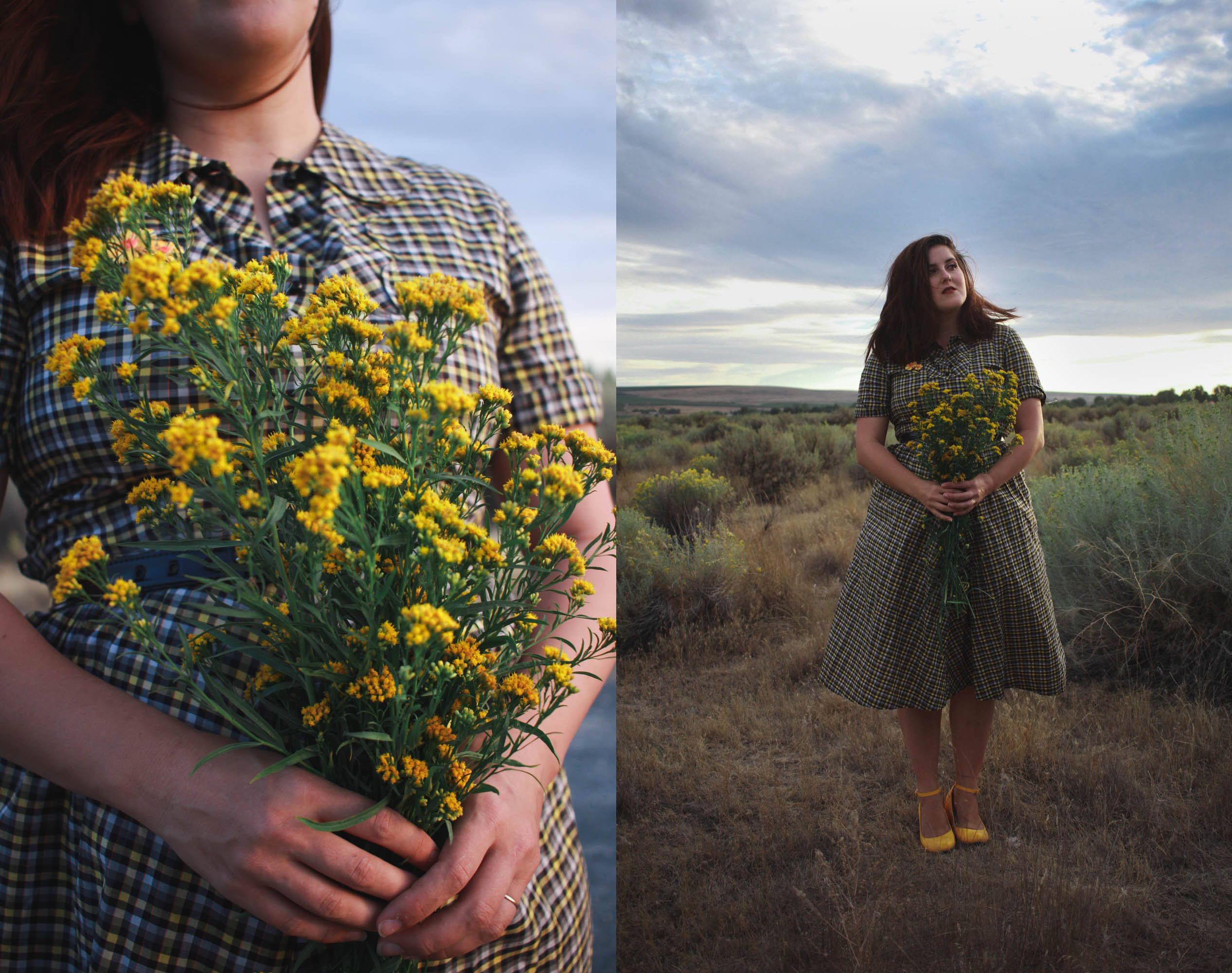 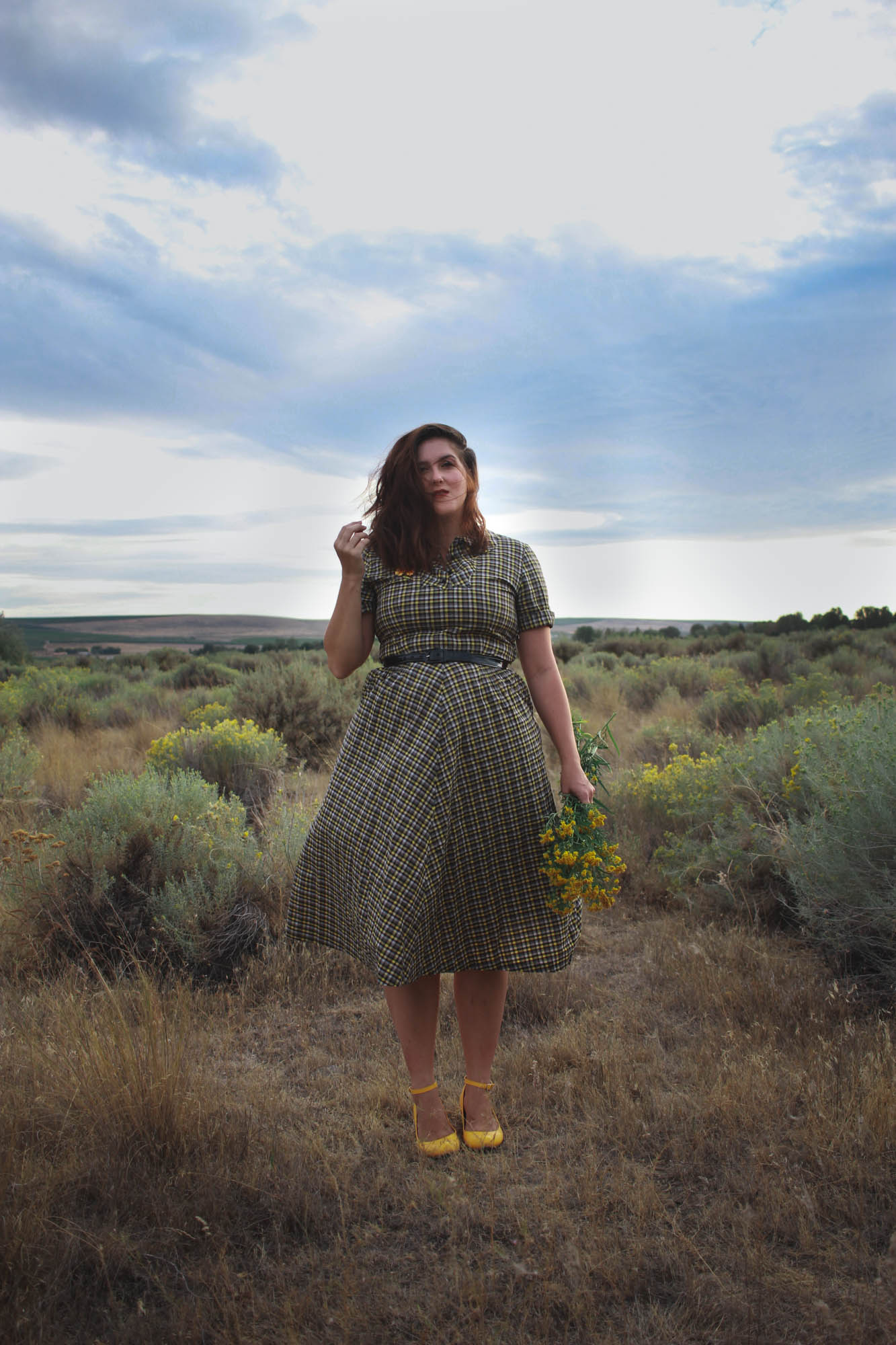 The desert around Potholes seems very classically old film to me. It’s the desert you see in all of those old Cowboy movies, with the sage-colored bushes and the stark horizon meeting a bright blue sky. This location was a mere 5 minute walk from our campsite at the lush green park, and I loved how open it was. Walking the gravel road, one could imagine oneself to be in an epic Western, and at any moment it felt as though we might see Bison over the next hill, or wild horses, or a quaint old Western town. But, atop the hill your vision is filled with the almost jarring green of neighboring farmlands where apples and corn and various other produce are grown. We could have spent ages wandering and finding new locations in which to shoot! 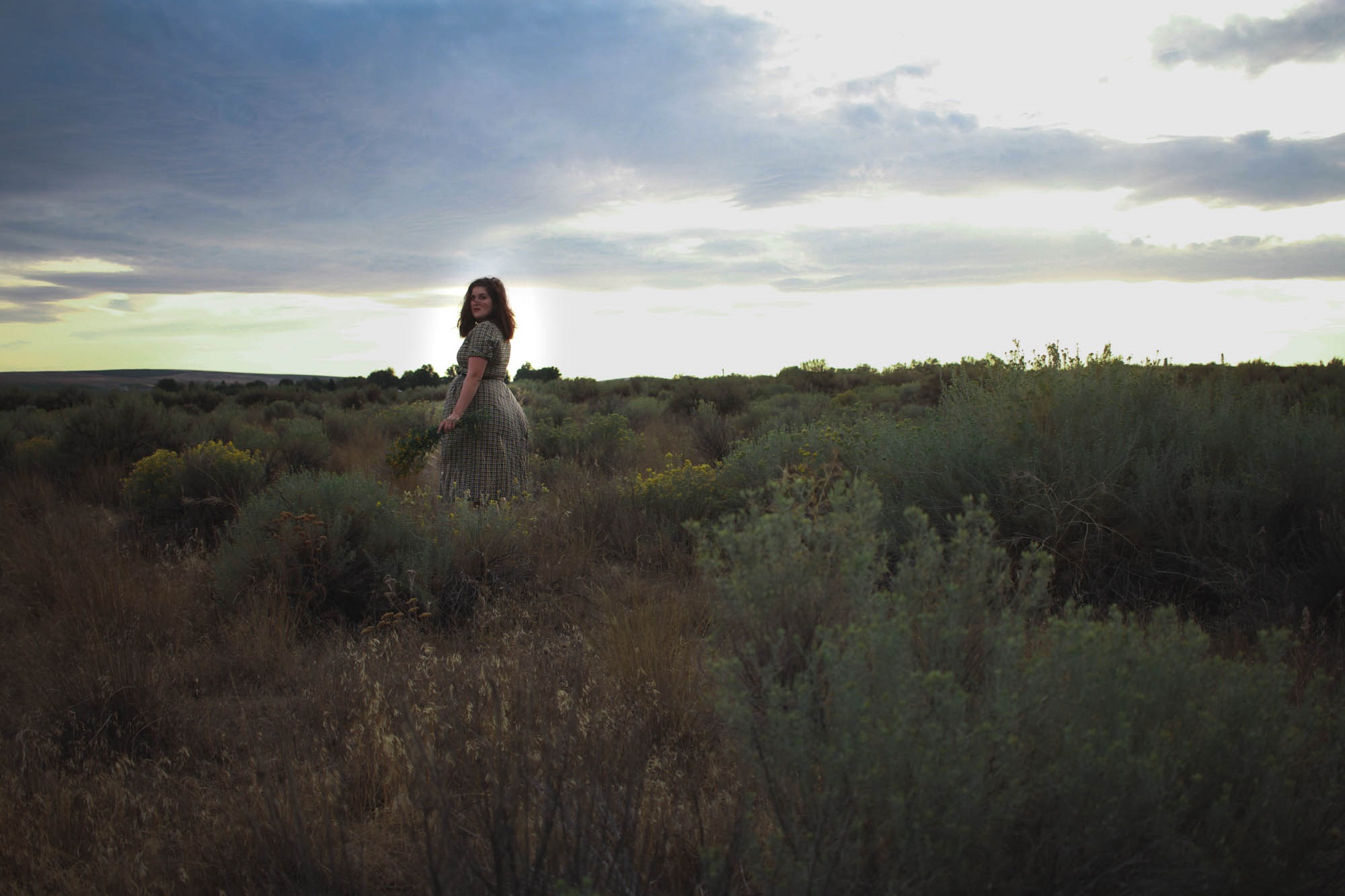 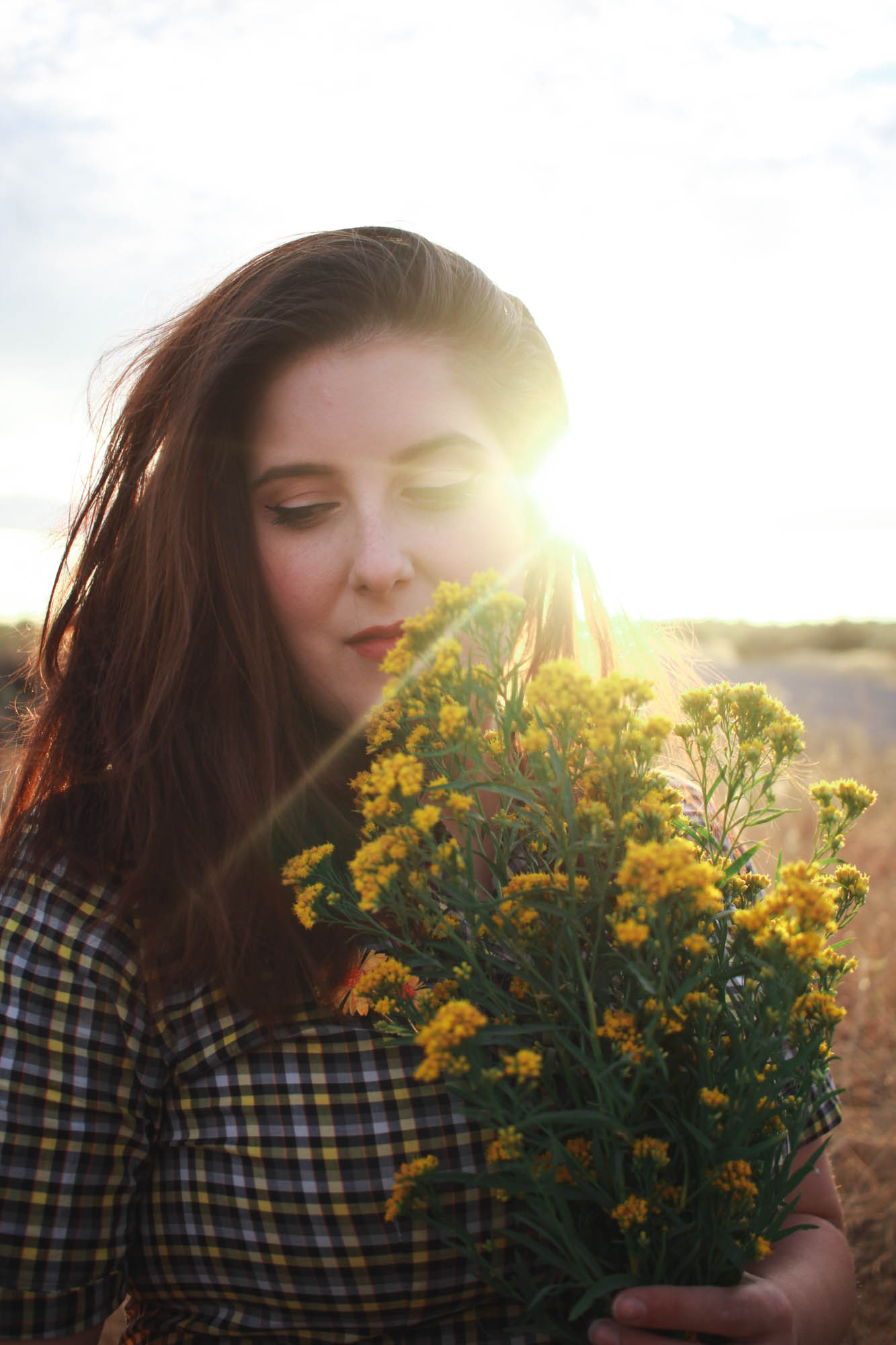 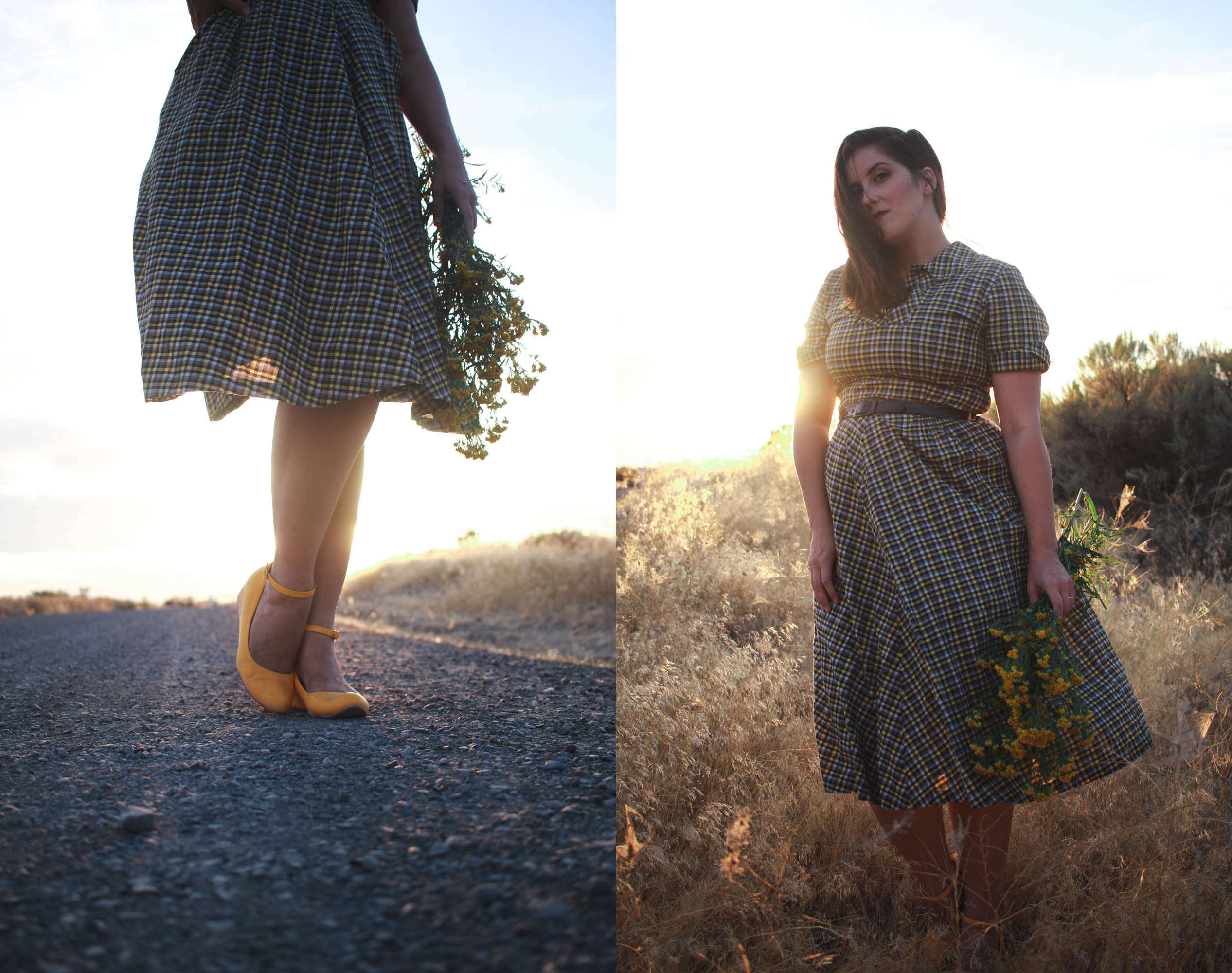 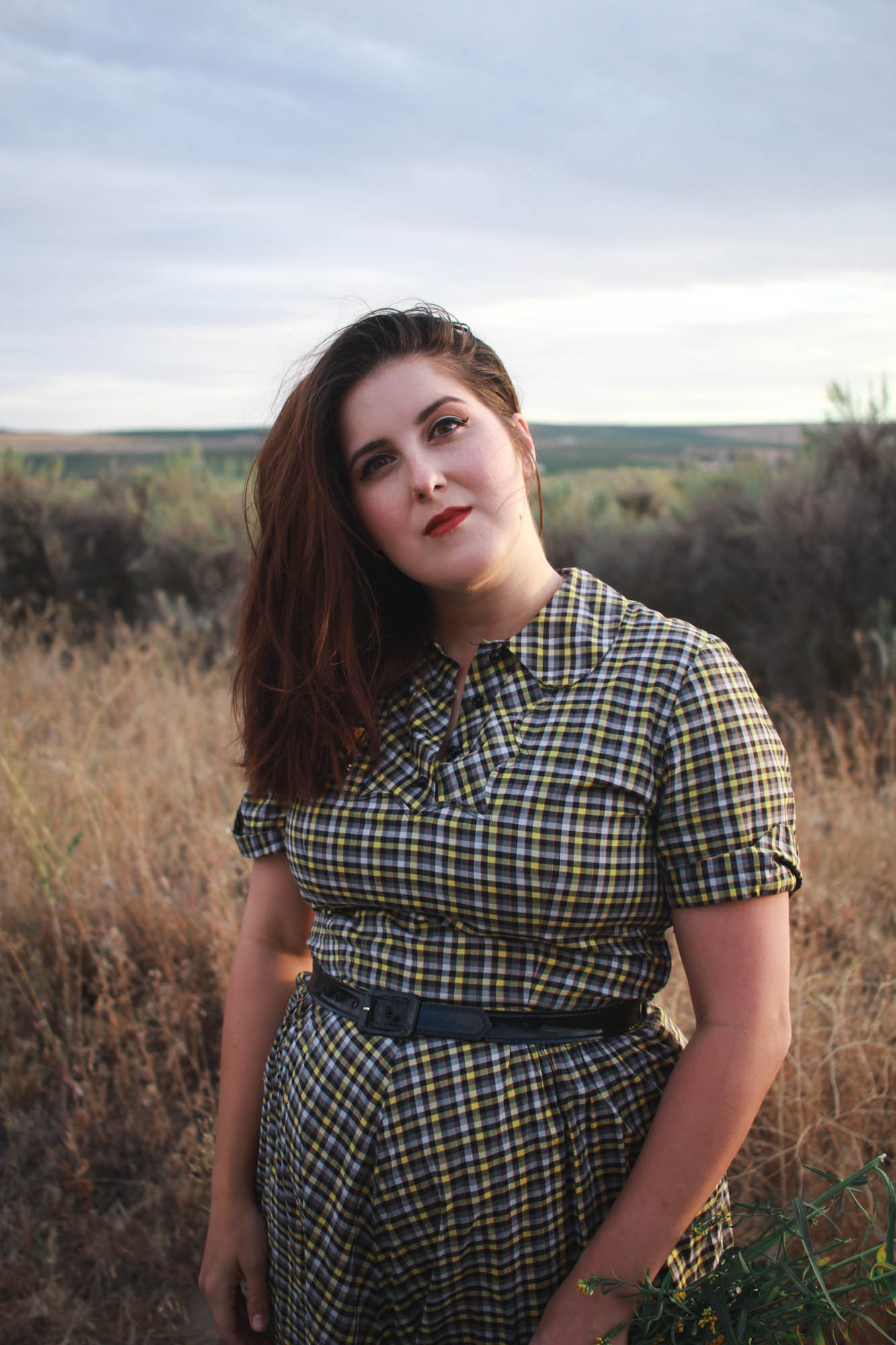 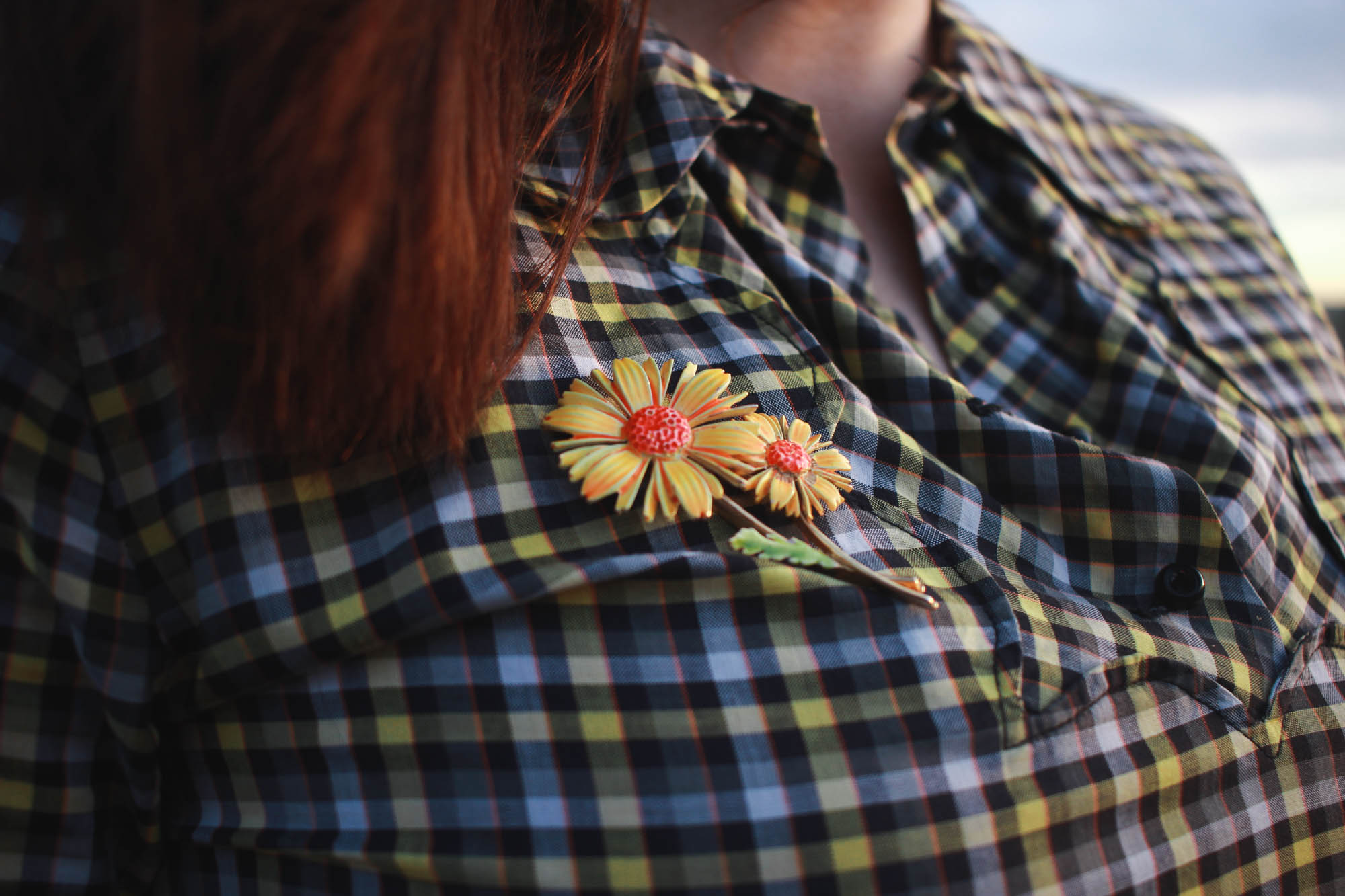 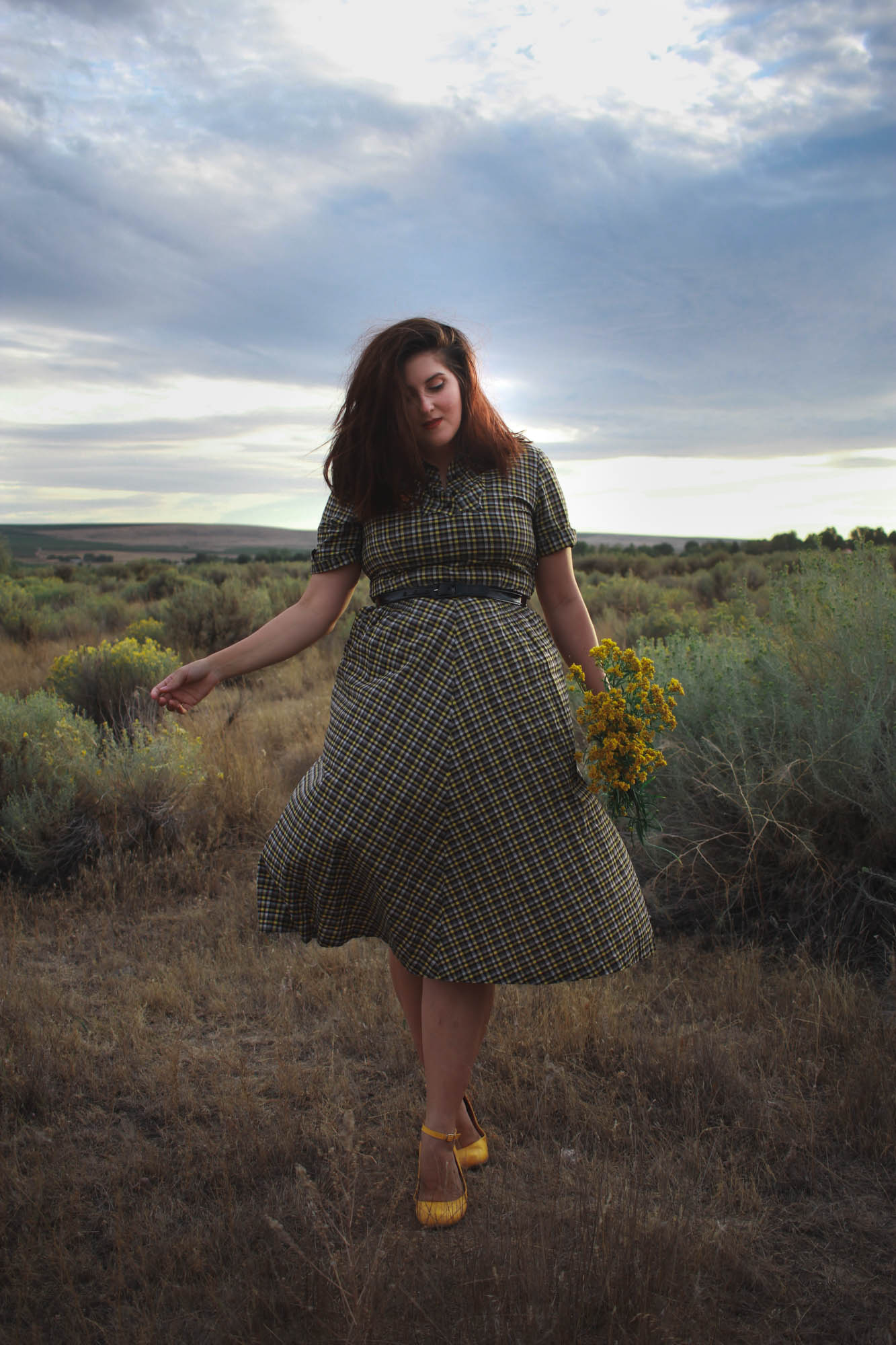 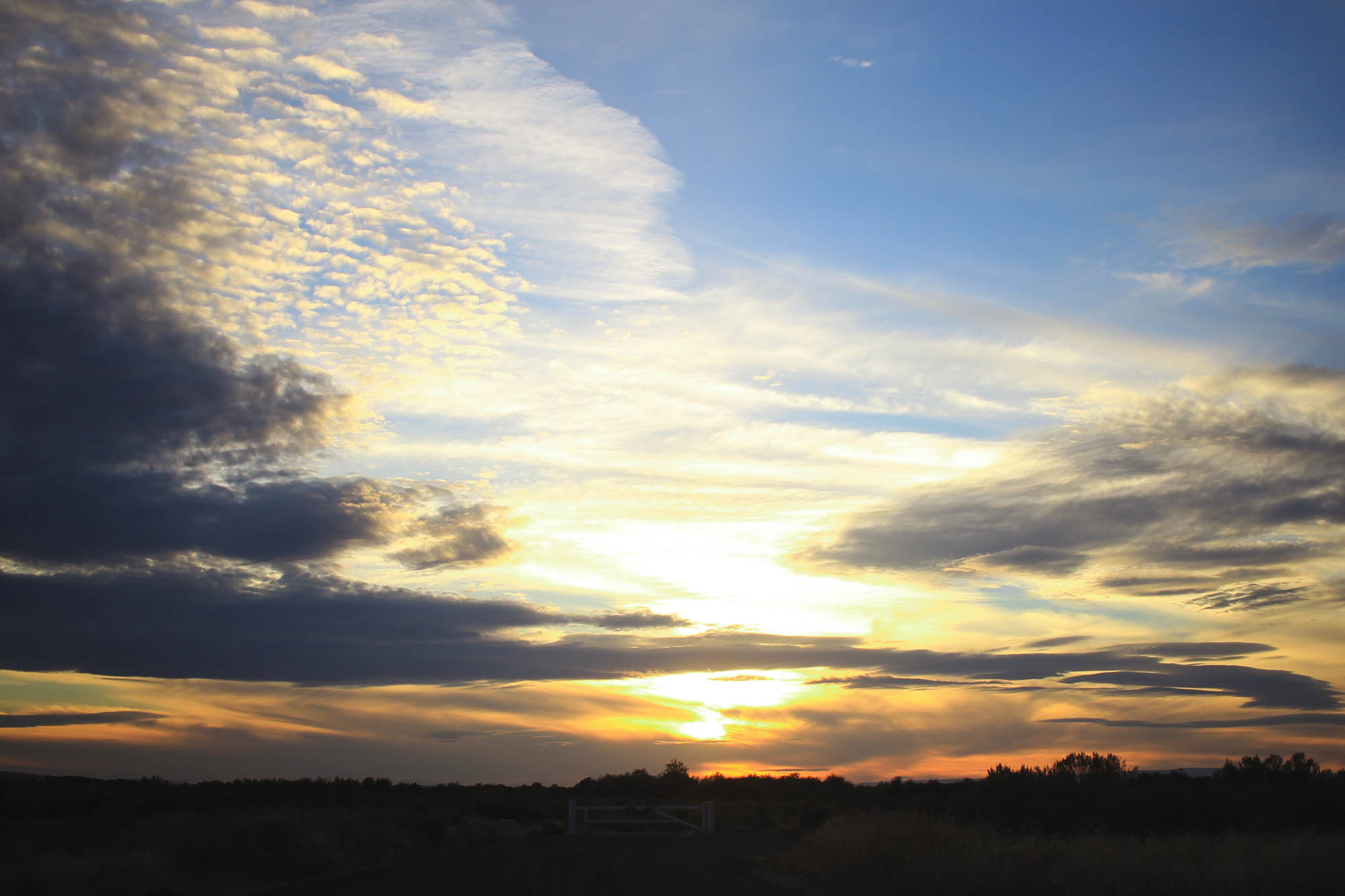 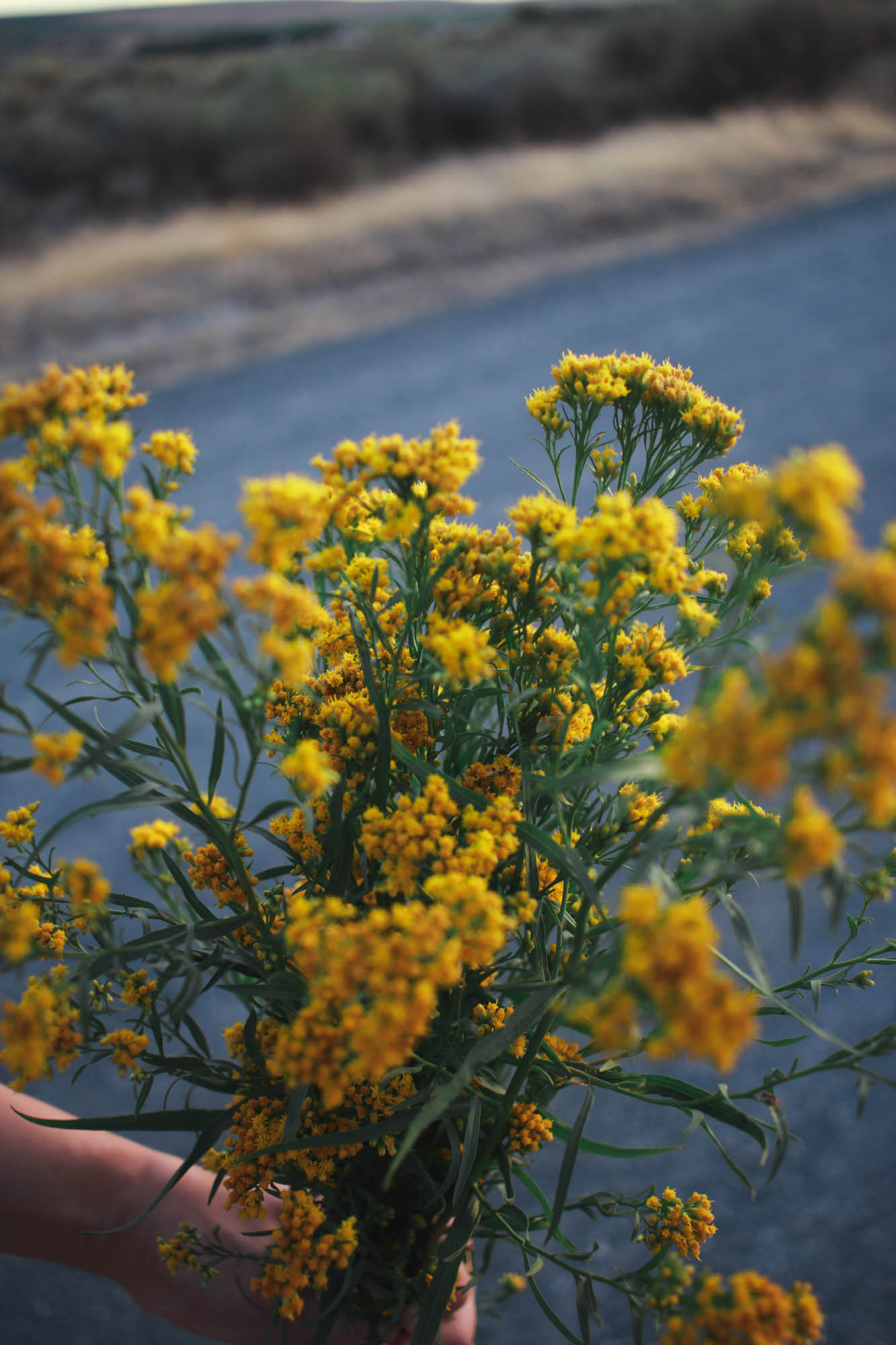