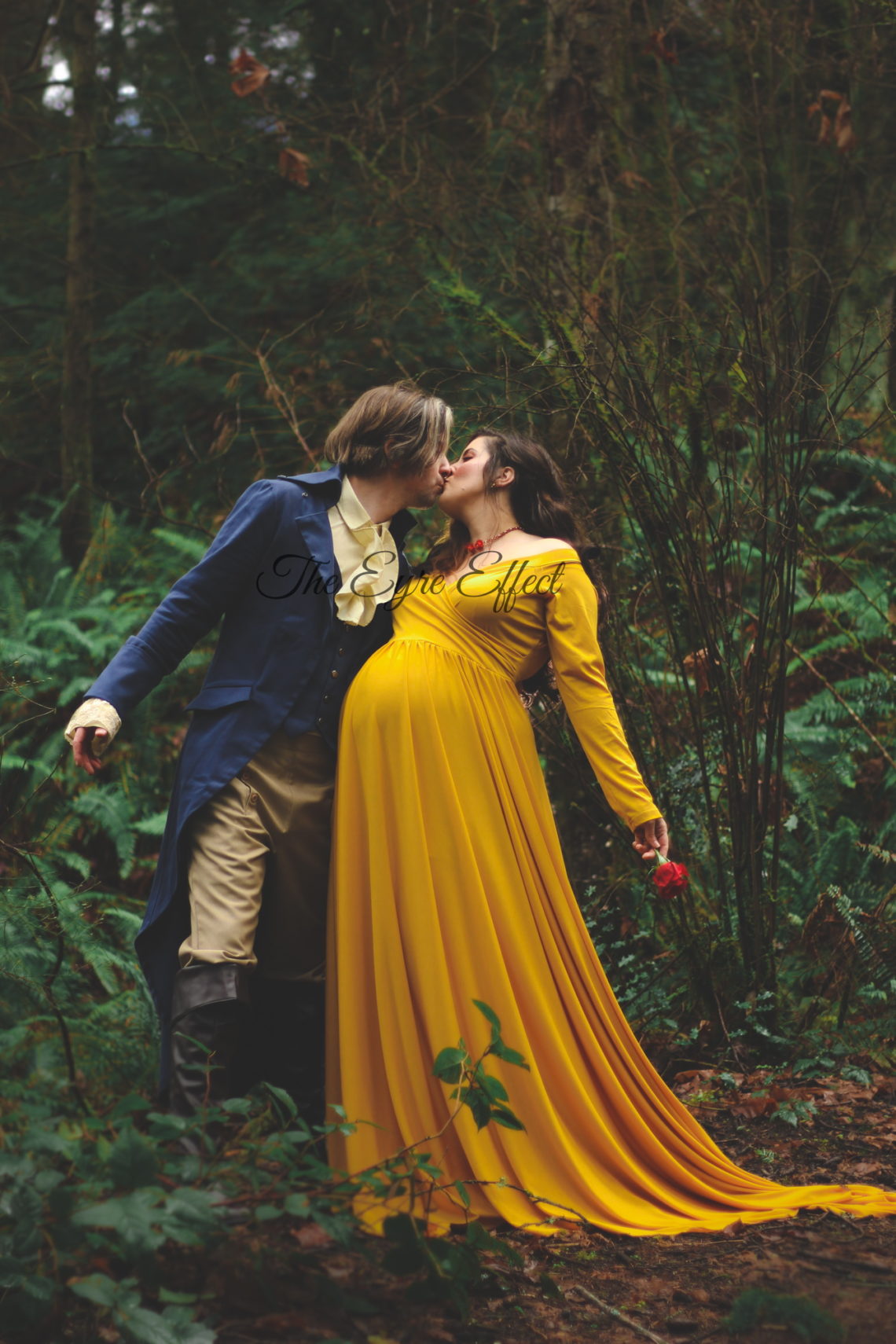 Beauty and the Beast maternity photoshoot 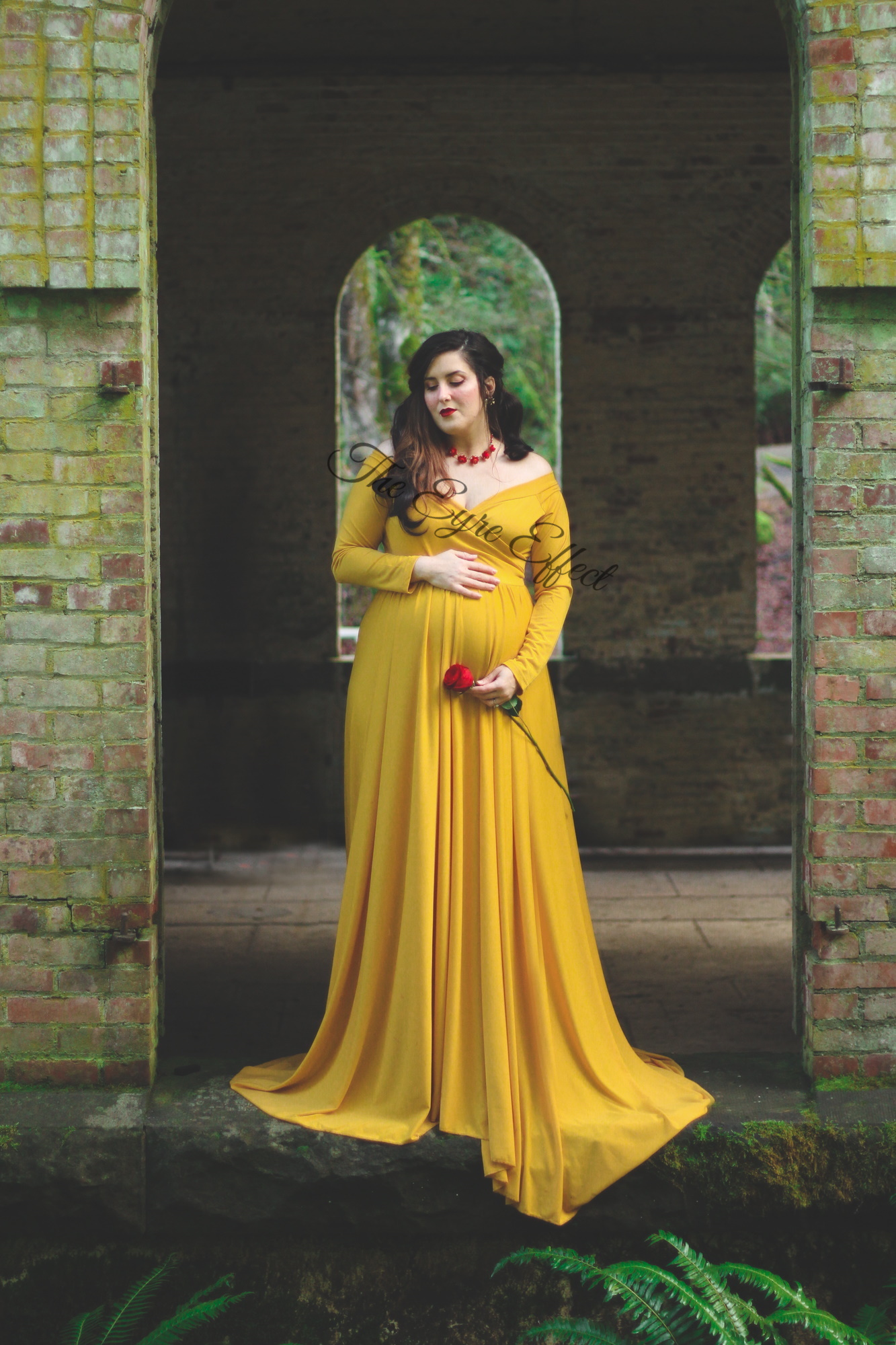 Once upon an old, old tale
He offered her a rose
And she fell in love

Please do not crop, edit, or otherwise manipulate these photos to reshare without express permission from me.

Yesterday, my husband and I decided to spontaneously do the Beauty and the Beast maternity photoshoot we had been planning. A long time ago, we wanted to get married here, but it didn’t work out. It was December – far too cold to get married in an open air building! – and Washington isn’t exactly known for having great weather anyway. But I’ve always dreamed of someday having a Beauty and the Beast themed photoshoot, and it finally happened! 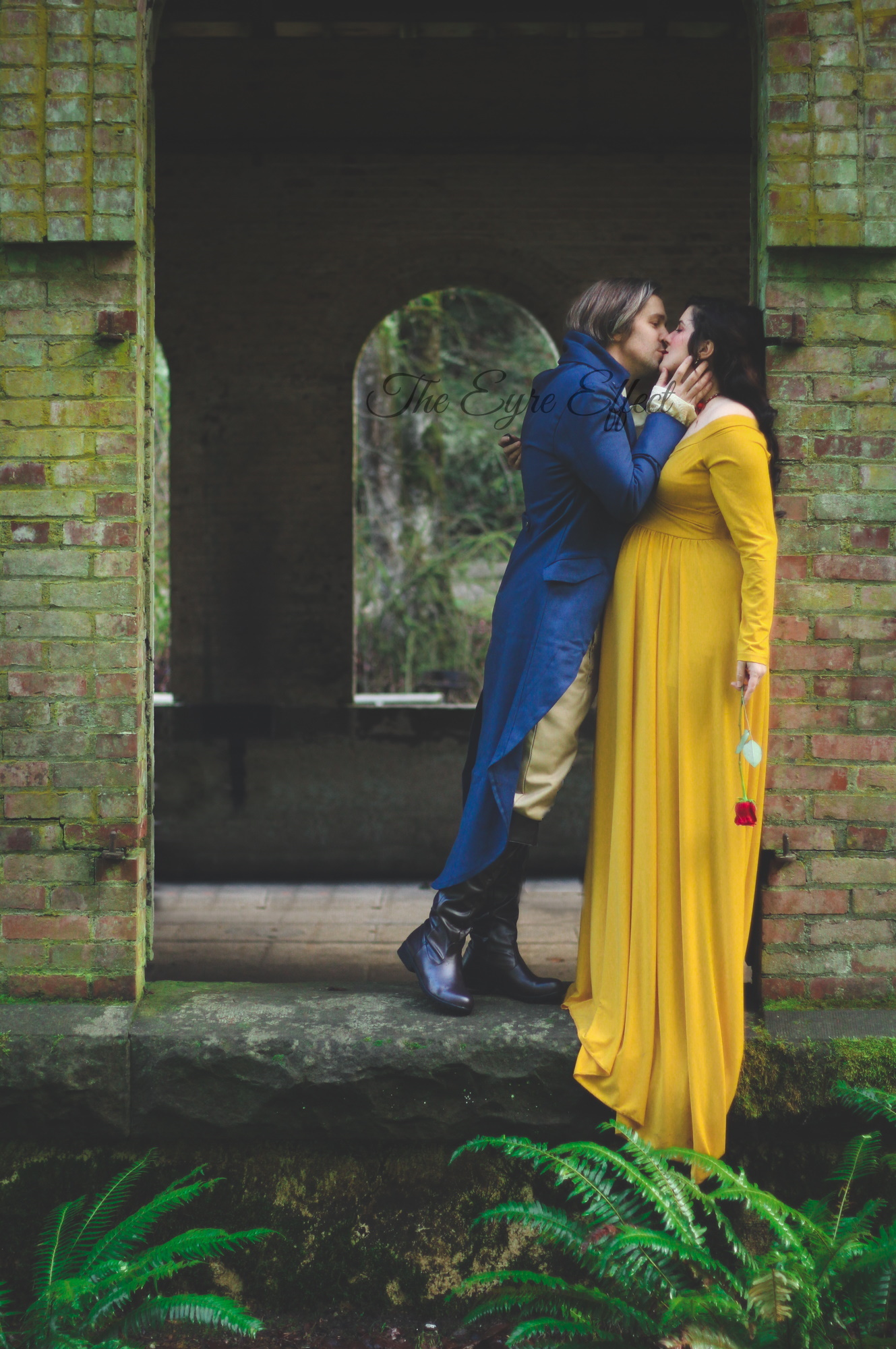 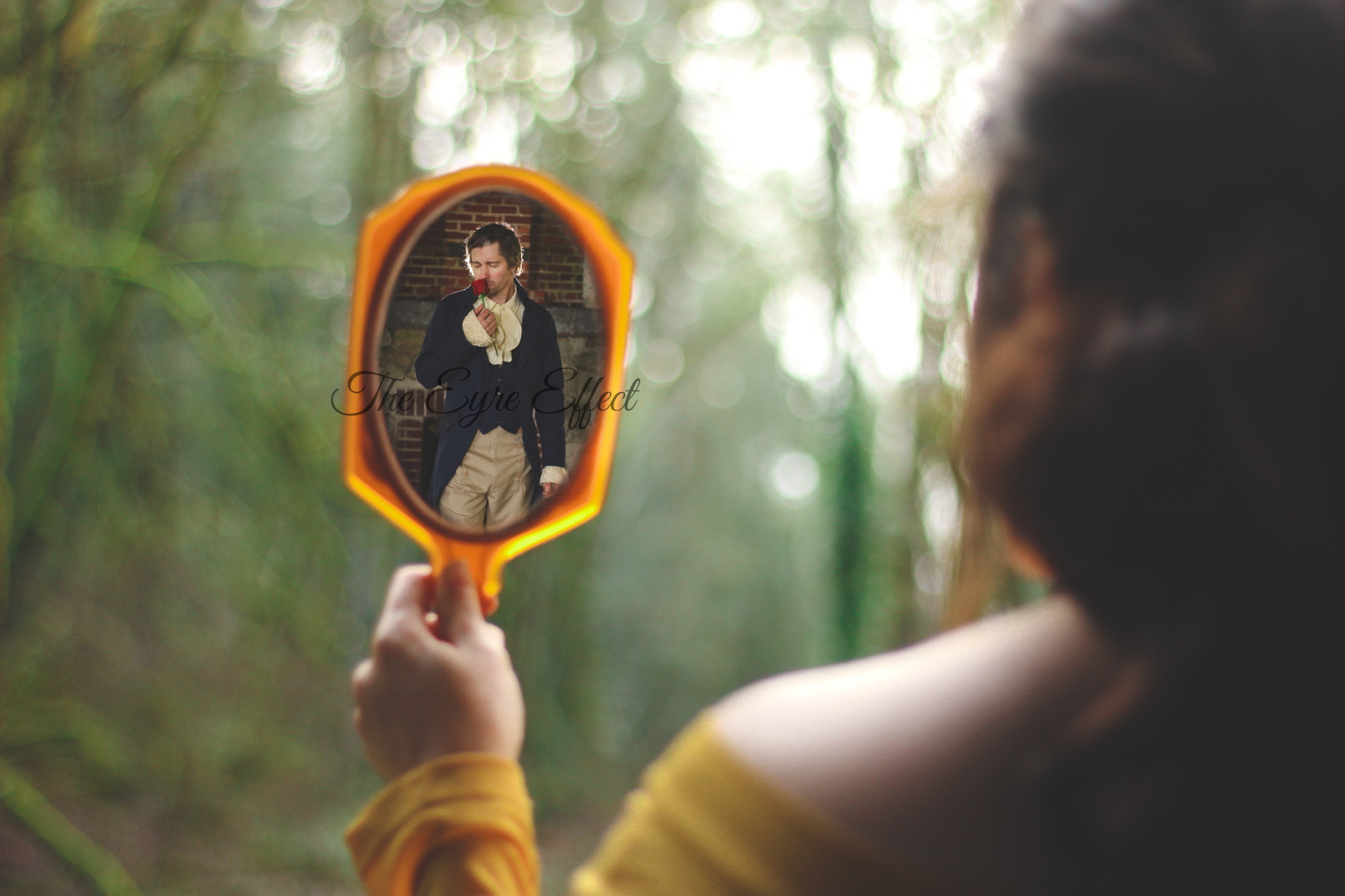 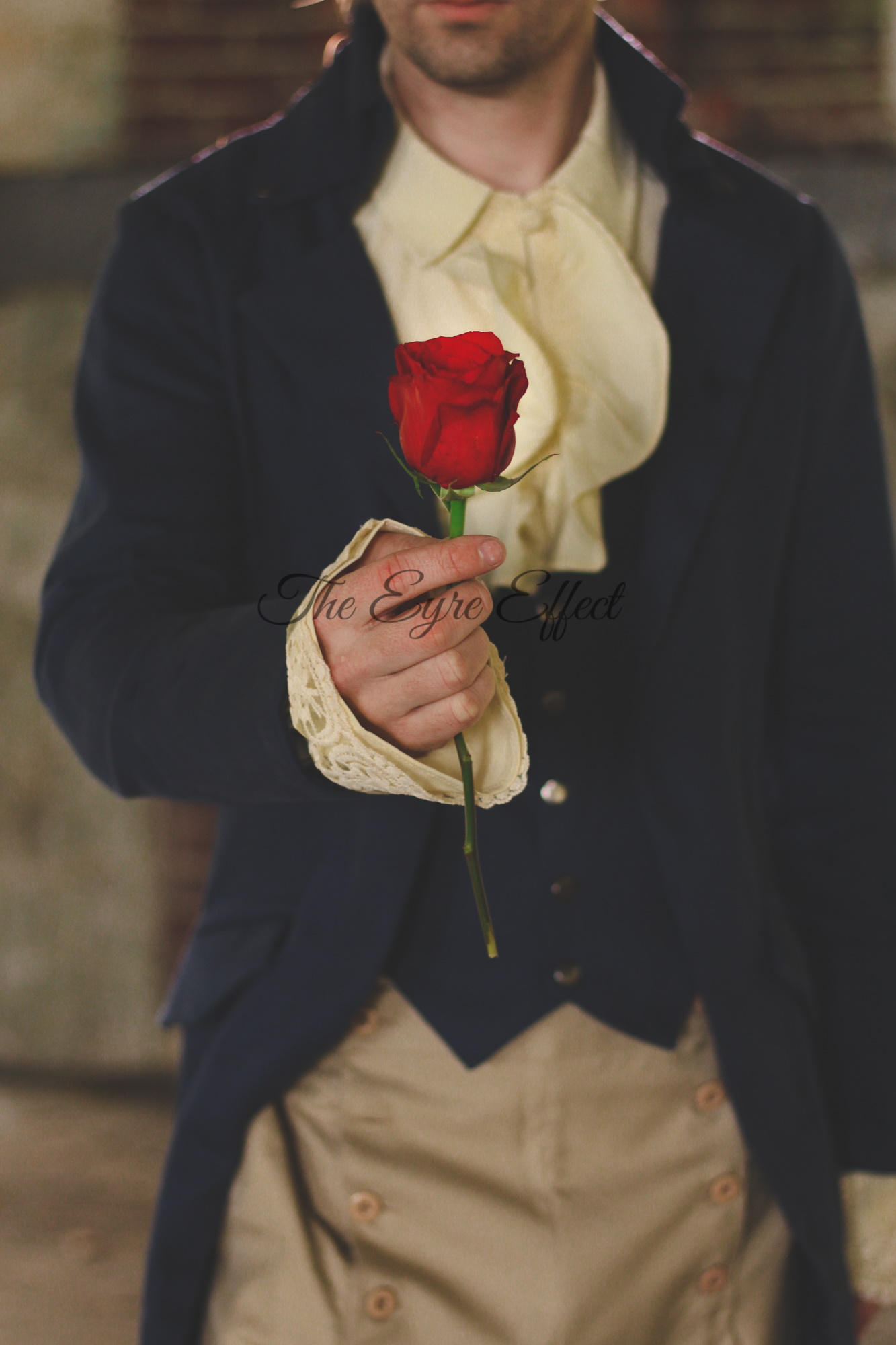 I mean, why have a normal maternity photoshoot when you can disneybound as Belle instead?

I have been planning a Beauty and the Beast maternity photoshoot for a few weeks now, but deciding to do it yesterday was so last-minute! After we realized we’d be close to Manchester state Park, where we both originally wanted to get married, we quickly talked to my mom to see if she could watch our kids. We had already planned to spend the night with her for another event. She said sure, we threw all of our things into our bags in the last moments, and were off!

The morning we needed to shoot, I had so many doubts that it would turn out. It was raining when we woke up. The half-wig ended up being a bit darker than the ends of my hair and I thought I’d never get it to look right. I had been up till 1:30am the night before and was exhausted; we couldn’t find our park pass; I hadn’t brought the fake lashes I’d planned on wearing and forgot my freckling method too (silly little things, but hey)… and when we got to the park it was SO muddy. 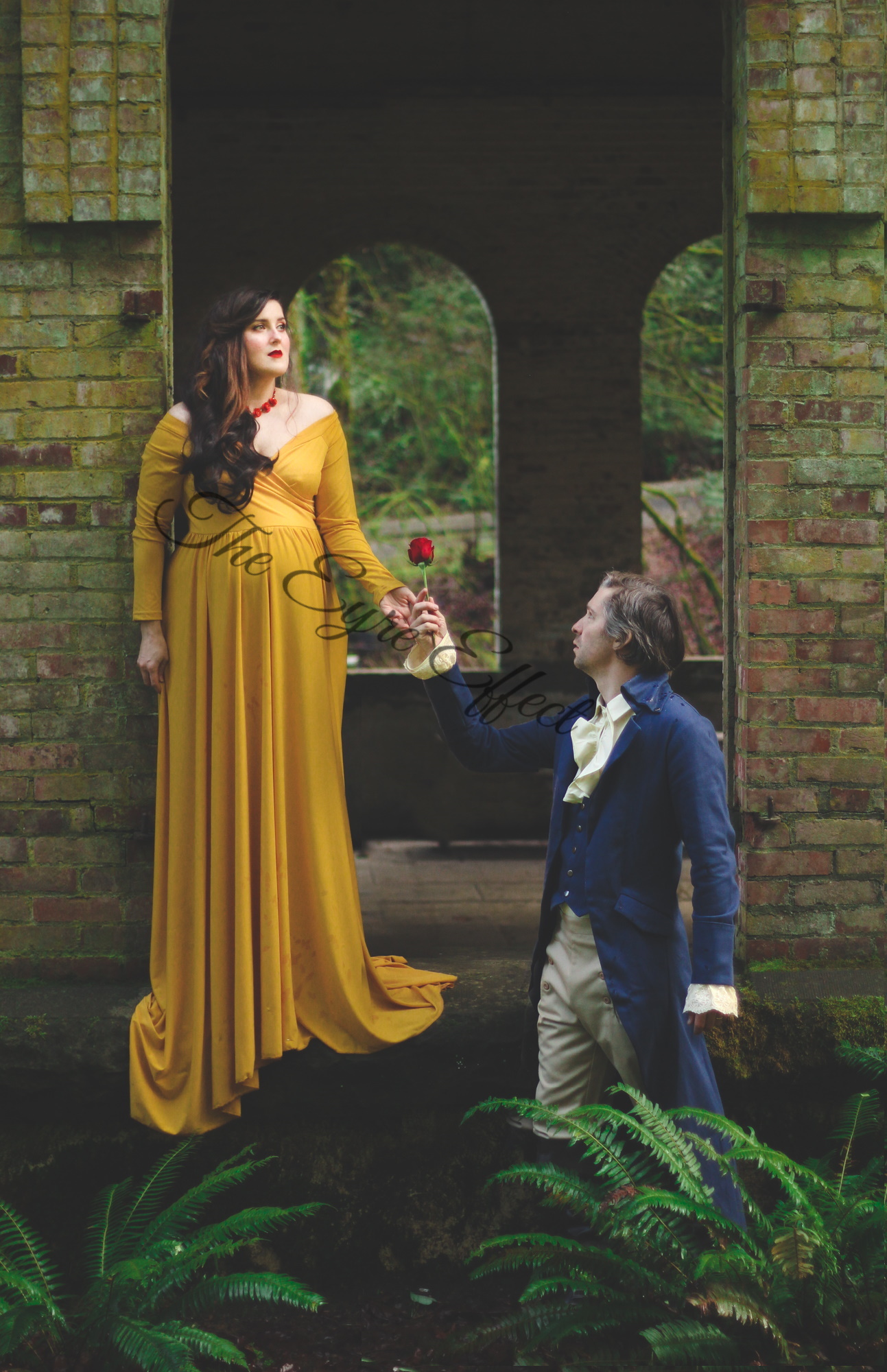 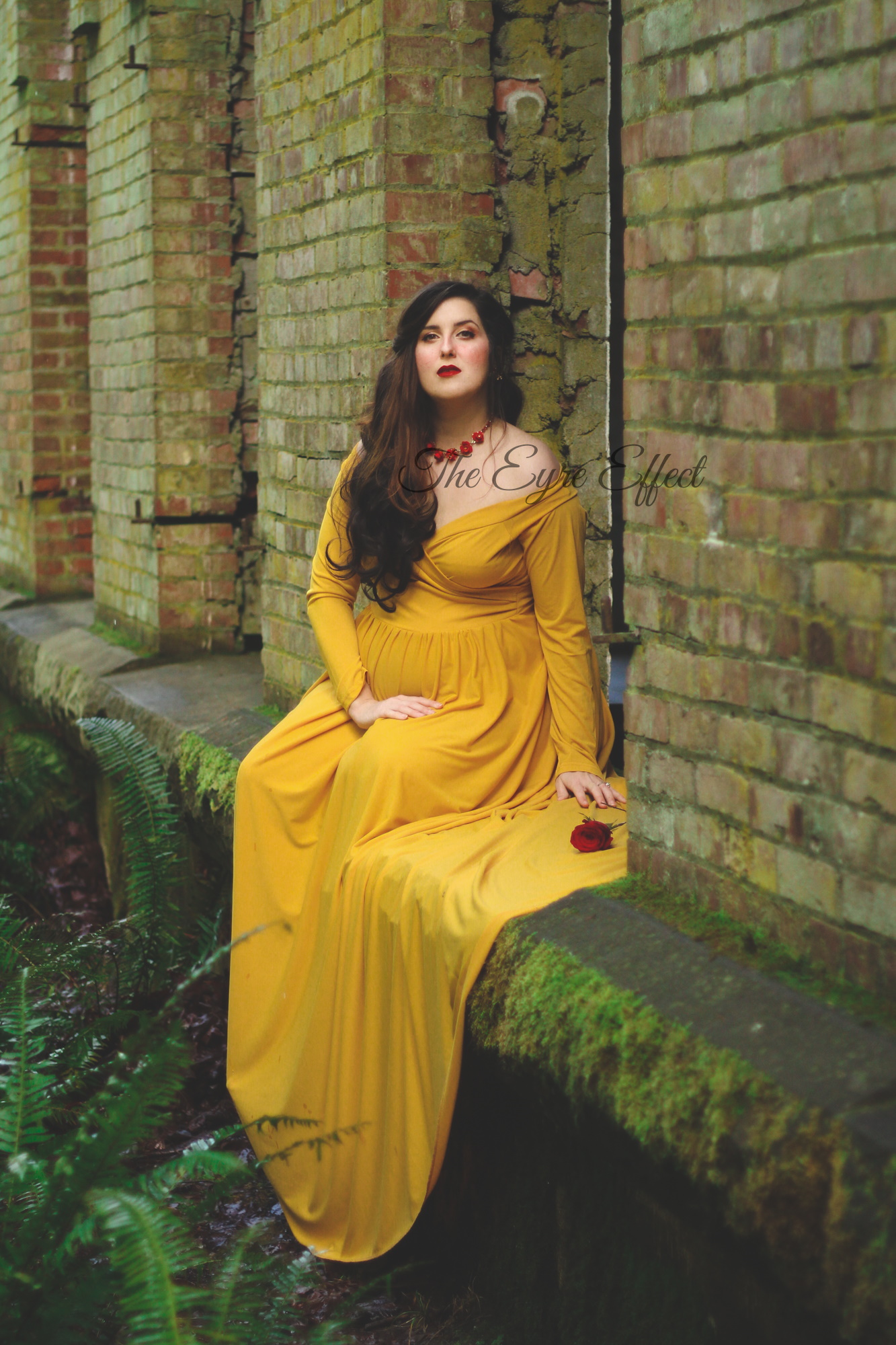 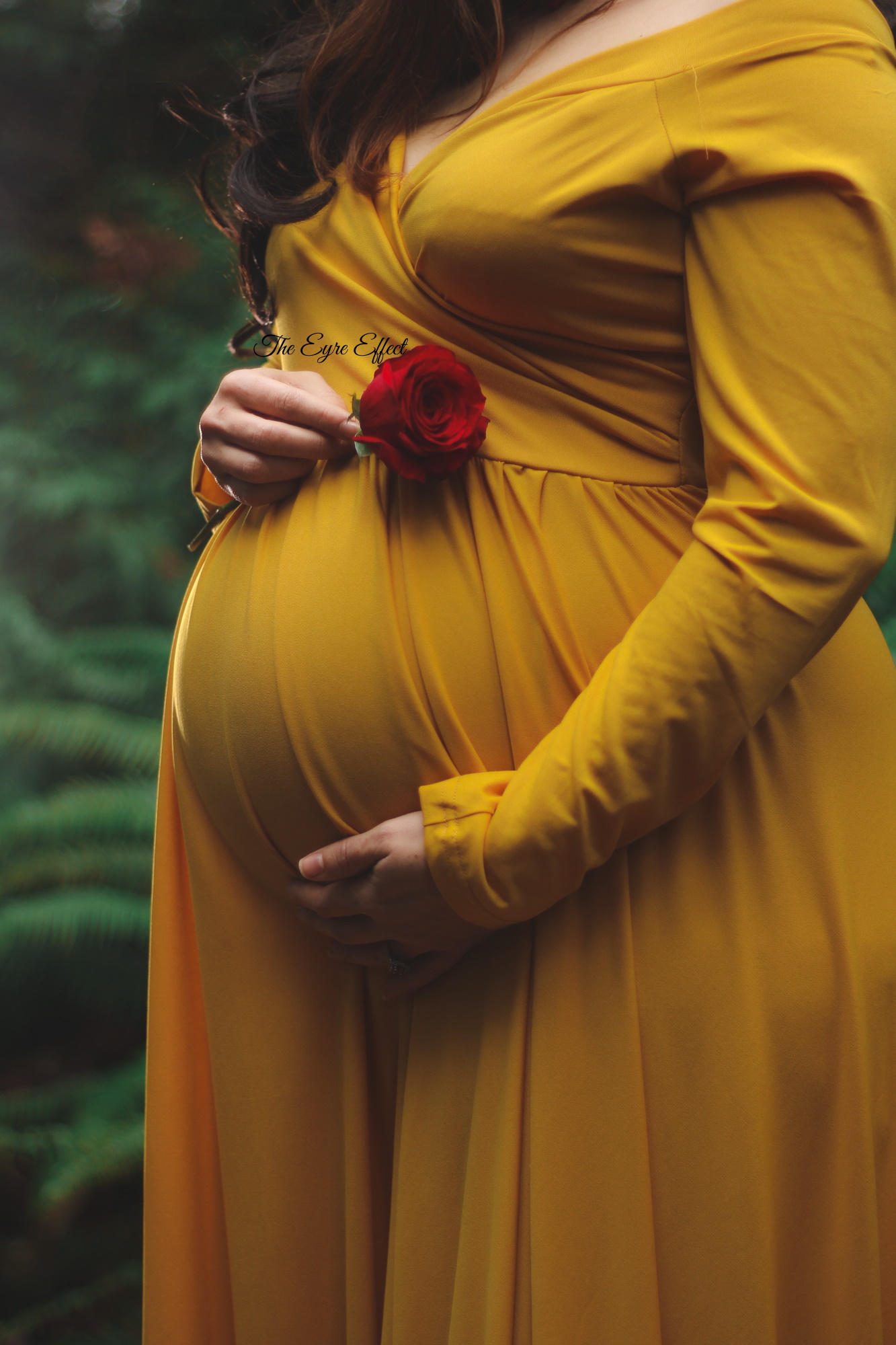 But it all worked out.

The rain stopped when we got to the park; the building we planned to do a lot of shots in was perfectly dry; I figured out the half wig; my mom had some brown mascara for freckles… and honestly who needs fake lashes anyway. This photoshoot ended up exactly how I had imagined and hoped that it would! The lighting was perfect, the setting was perfect, the dress was perfect… everything worked perfectly. 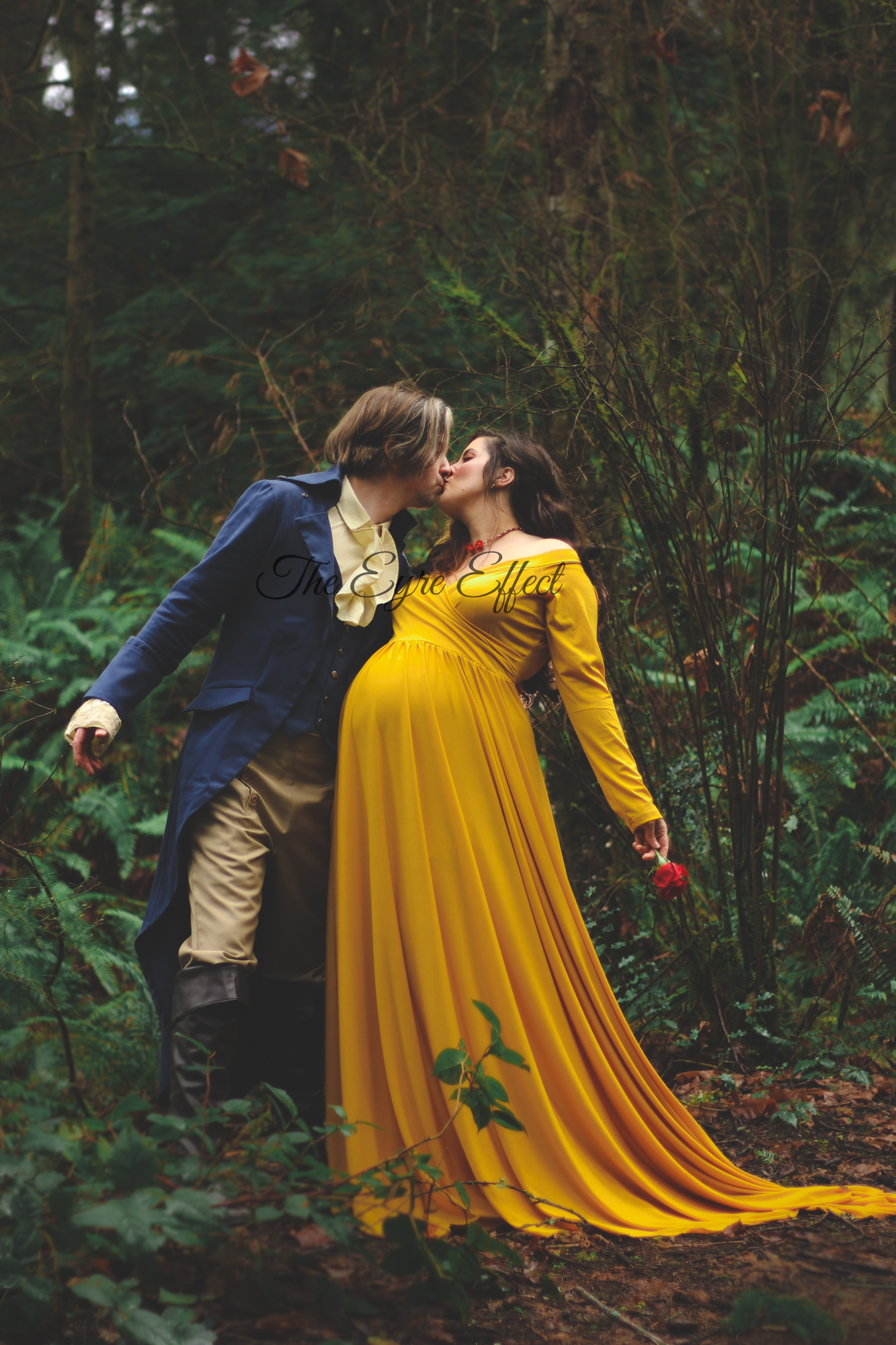 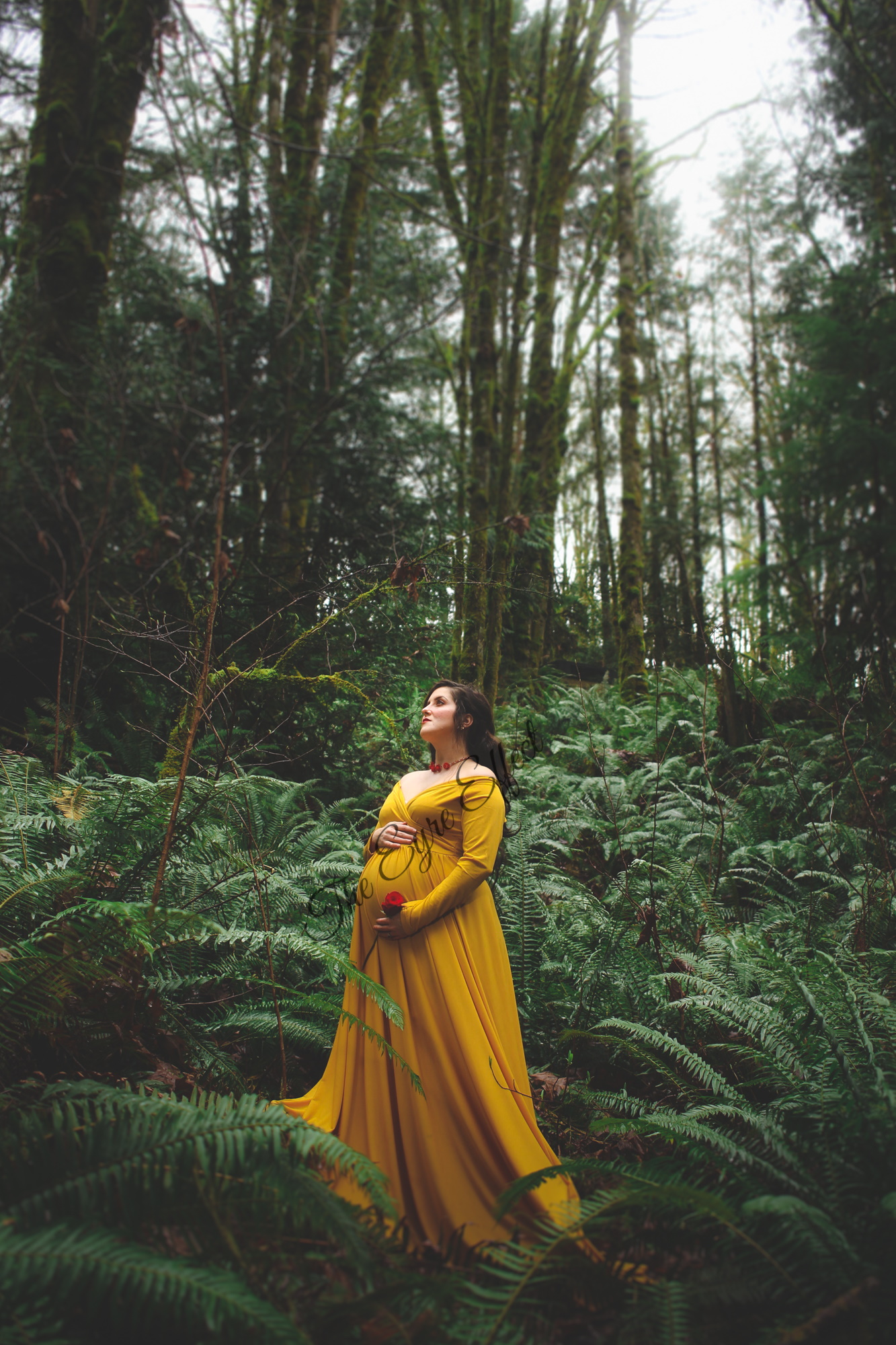 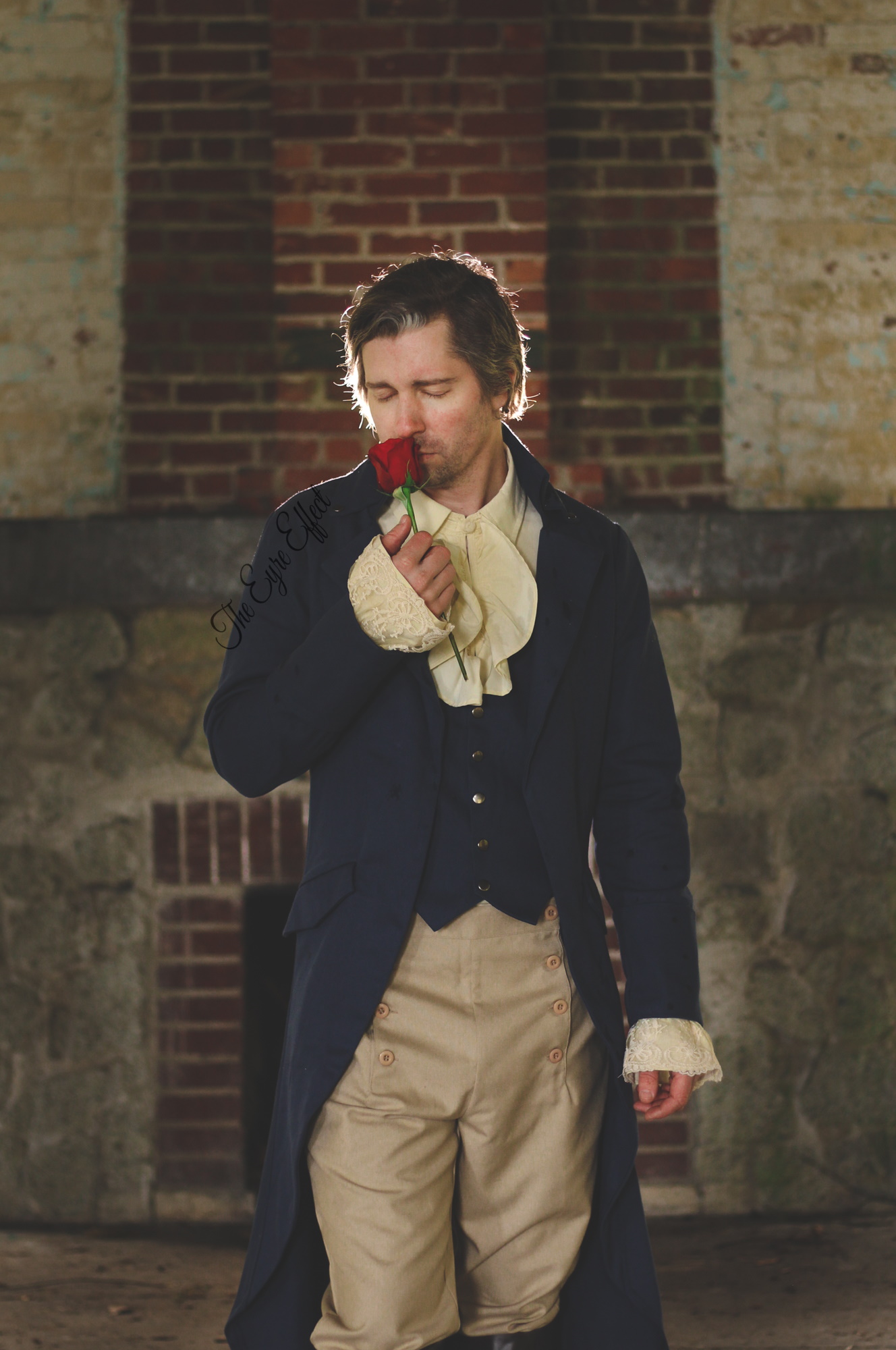 If you want any of the things we are wearing, they’re all linked above and below! The dress fits well, and I sized down one as I was in-between sizing wise. It’s exactly how the photos appear – it hasn’t been photoshopped fuller or anything! However, it is very staticky and nothing worked except to douse it in static guard. The hair extensions worked well once I figured them out! A little bit tangly, but overall behaved well and stayed very firmly on my head the entire time. My husband says he wishes the pants were a bit more tapered, but he likes them. The boots were NOT made for walking, but worked well for photos. And, his jacket fit well. Definitely do not size up in any of the  mens’ items despite reviews. 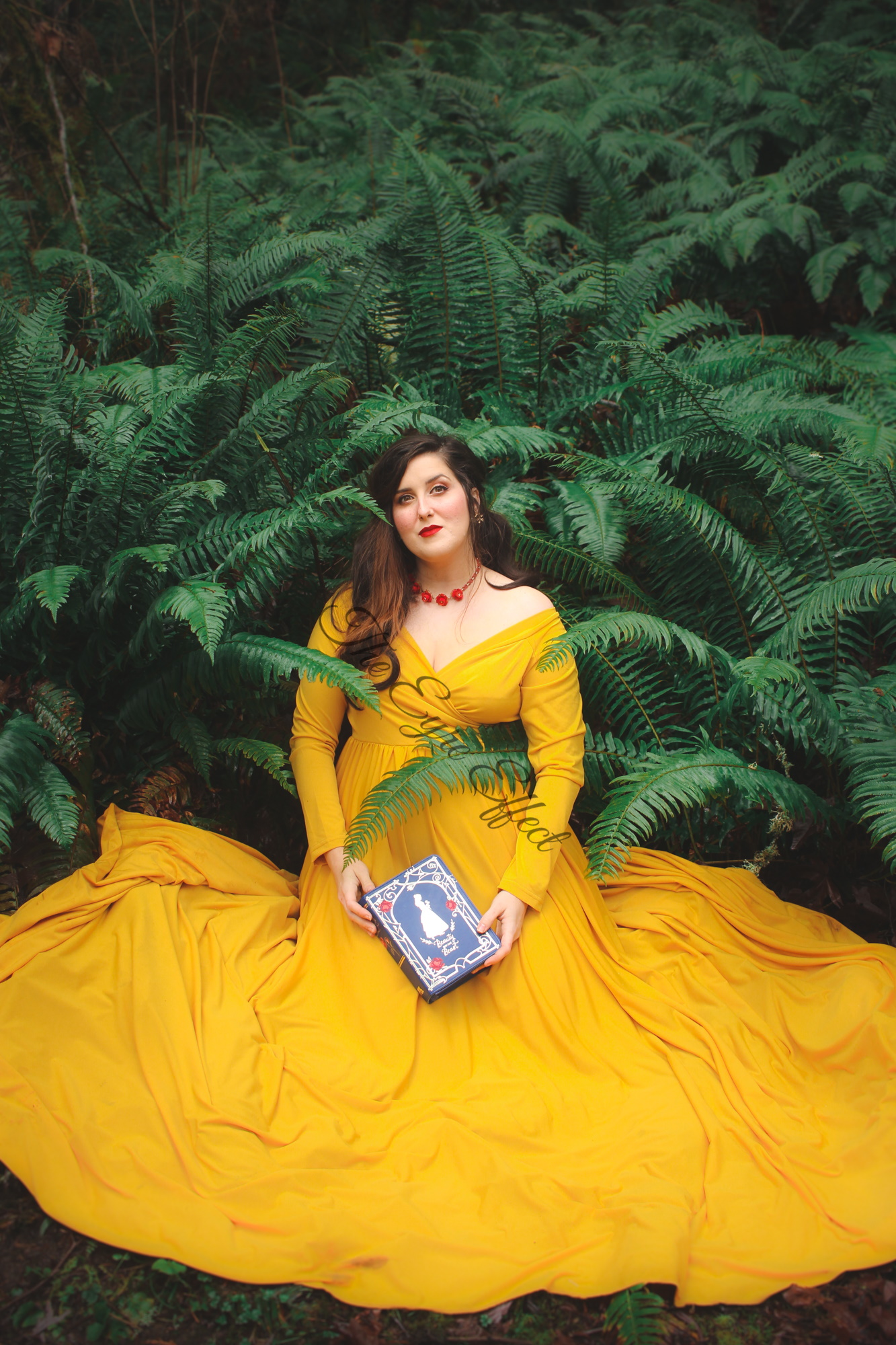 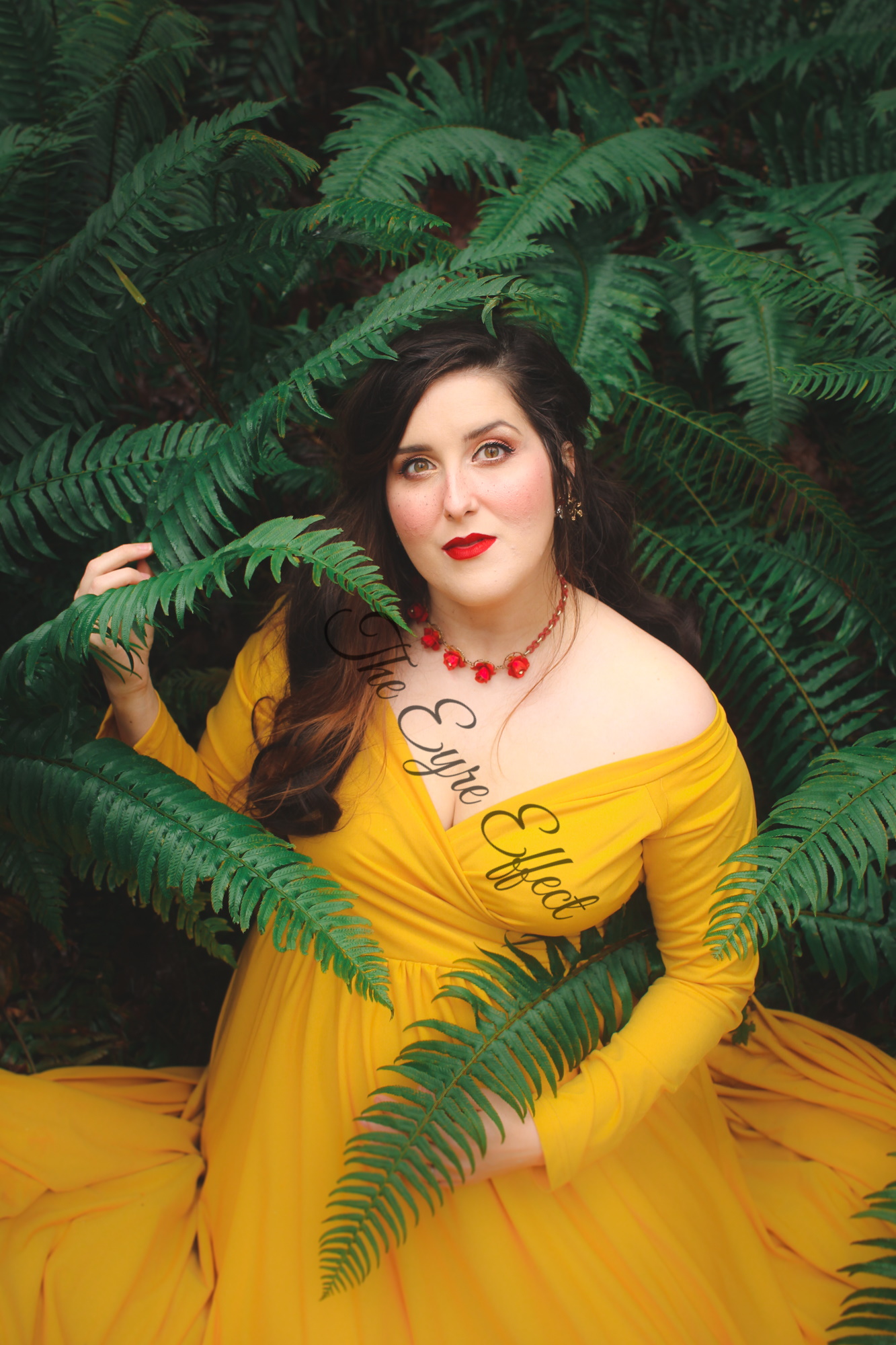 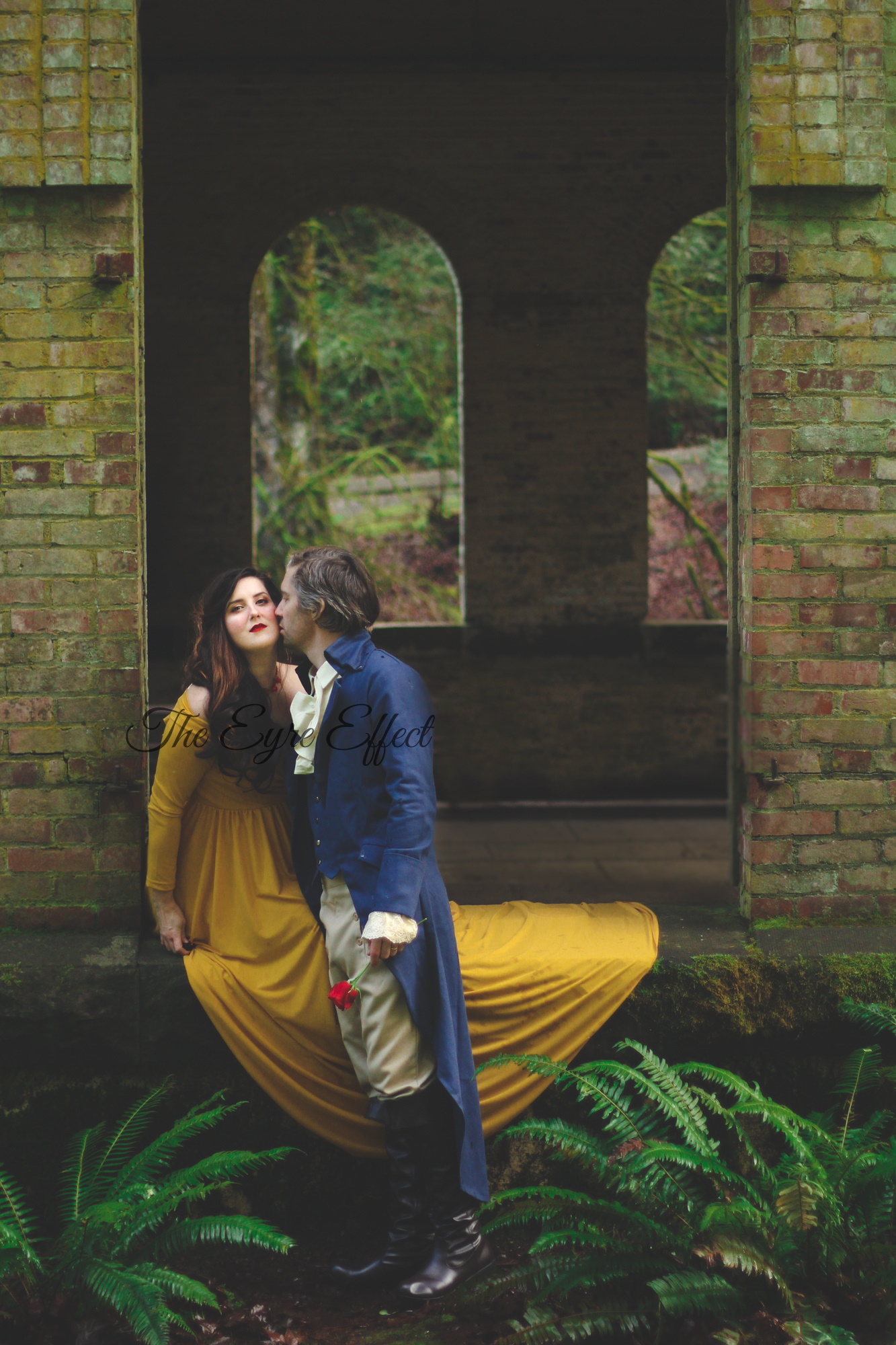 This post is not sponsored nor an ad for any company or brand. We bought all the things ourselves because we liked them. If you purchase through my links, I’ll earn a tiny commission which… basically helps pay for this shoot! 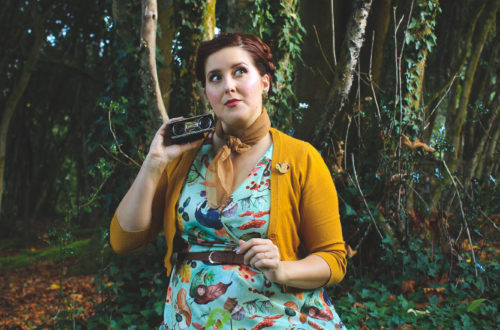 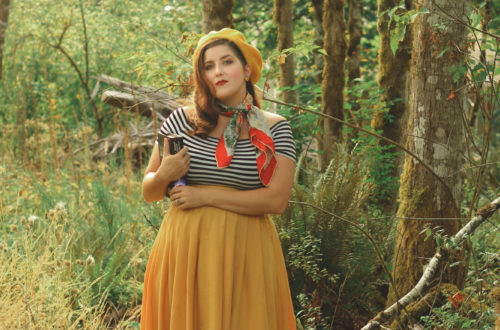 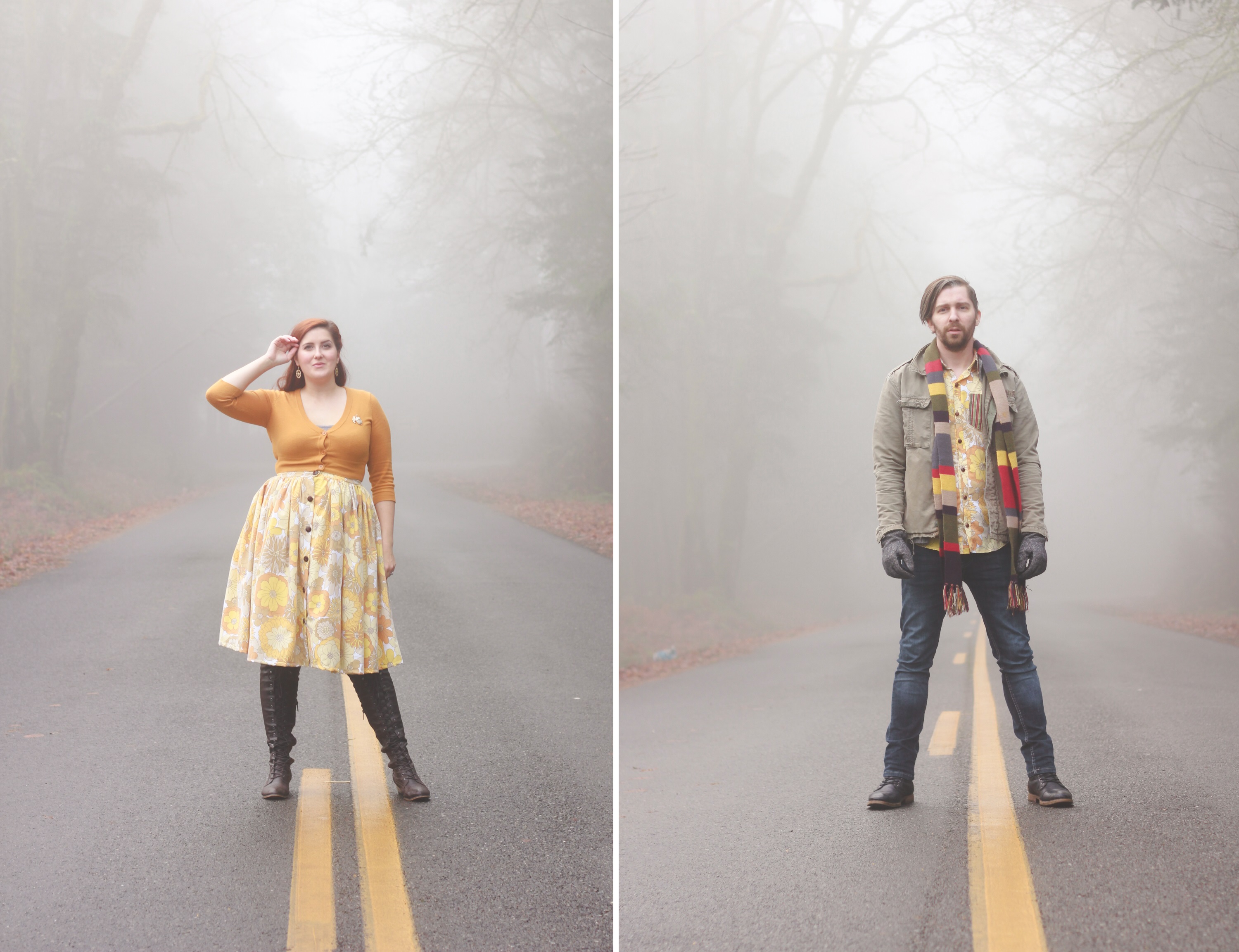 Matching yellow florals and being fearless on the internet.

Our local train museum ended up being the perfect

This past week I got to model and photograph this

The details make the outfit. What are your favorit

The last of my @vintage.weekly pink outfit from V

3 days ago —>9 years ago I remember that nine y

This gorgeous red dress was for sale in my shop...