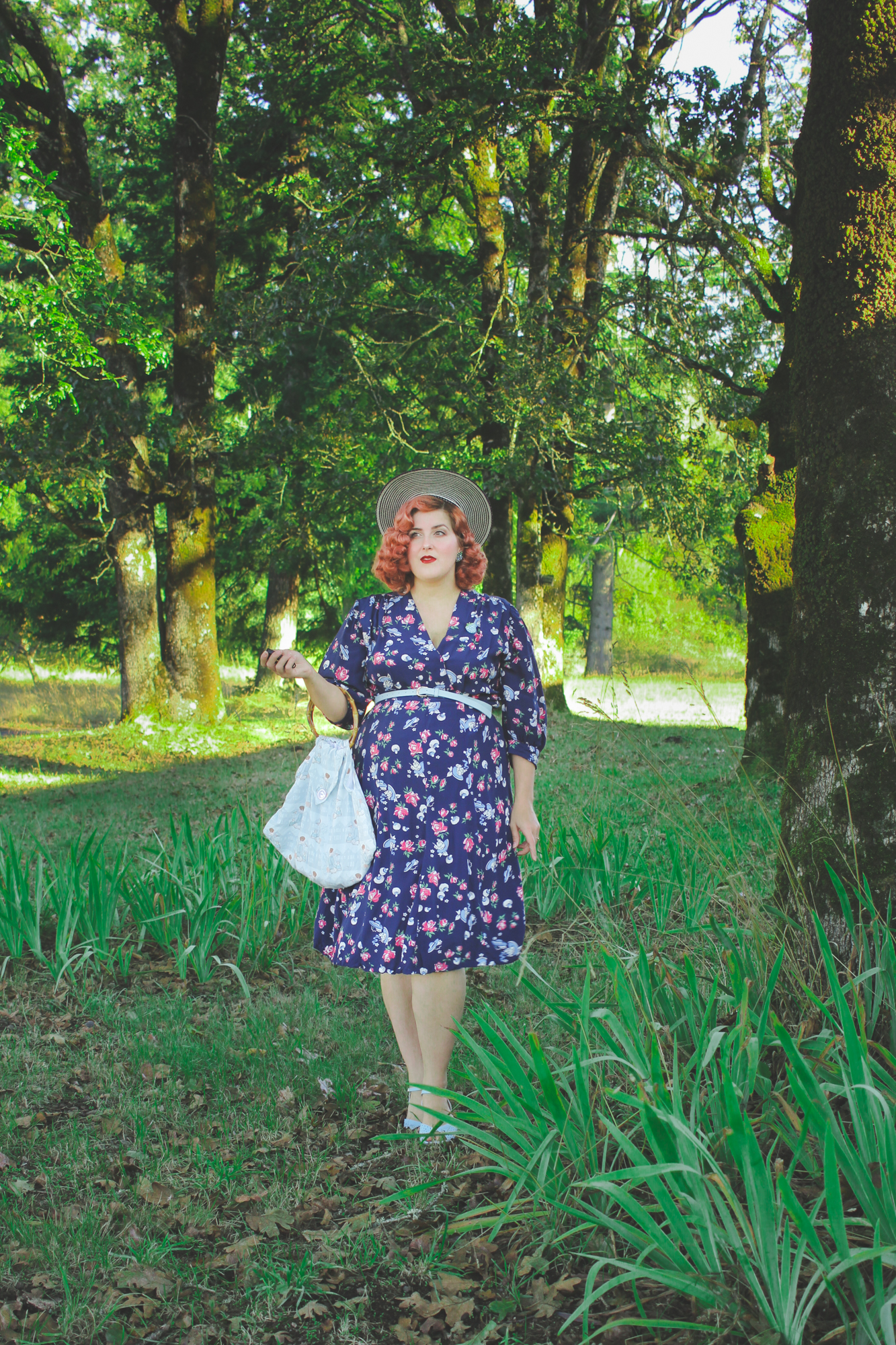 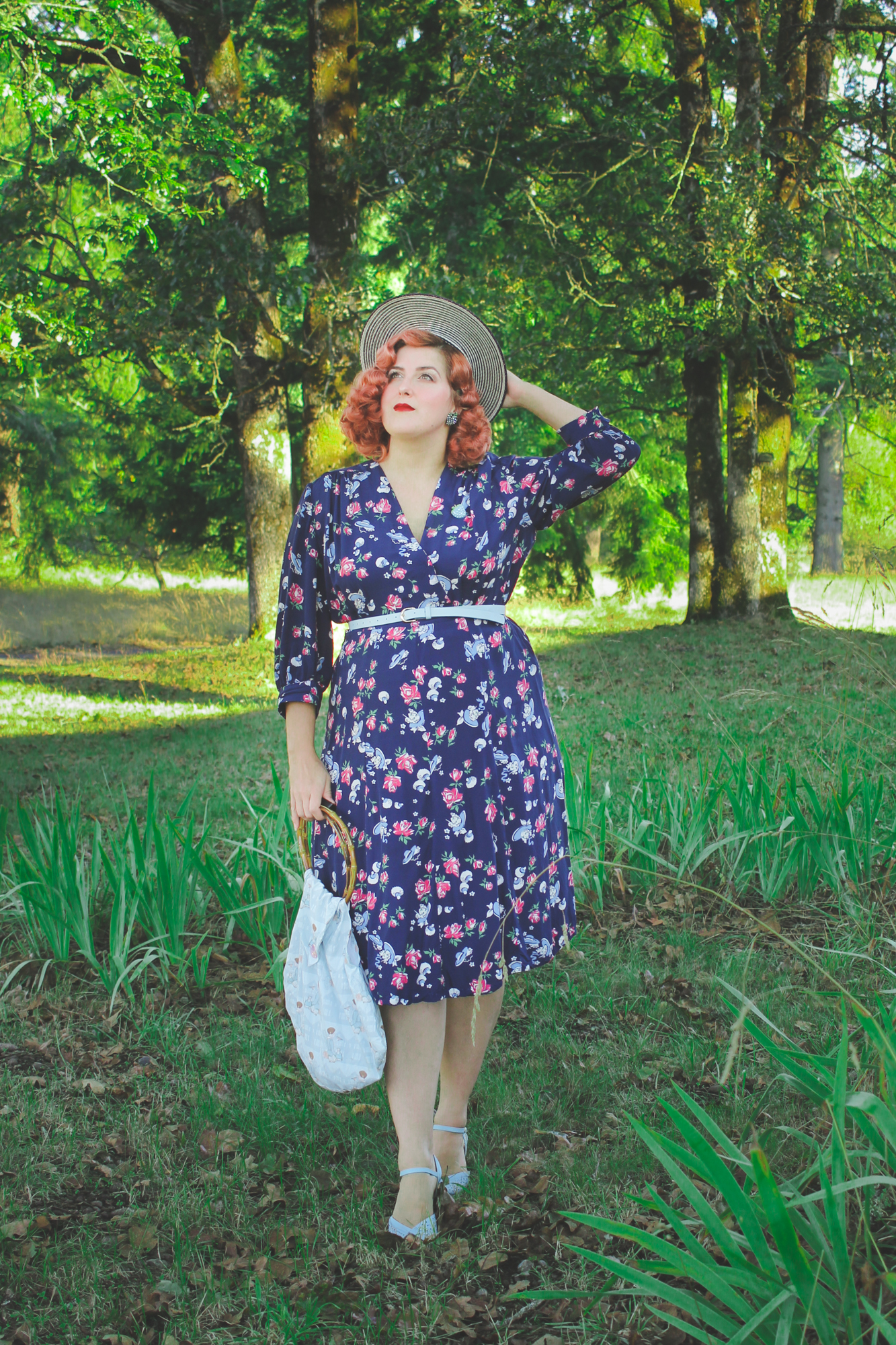 Recently, my friend the lovely Laci Fay visited a hoarder house. Someone who frequents the theater where she works told her that their daughter had purchased this house, and it was full of vintage Laci might like. The daughter was happy to have Laci come and take what she wanted, before they threw it all away.

The house originally belonged to three sisters. One on the main level, one upstairs, and one downstairs. Plus, an entire storage unit because one of the sisters had too much. When Laci arrived, she found out that the new owners of the house had already hosted an estate sale, and didn’t put out any of the clothes because they didn’t think anyone would want them. If she didn’t take the clothing, they were going to throw it all away. This dress? This was one of the items Laci found.

Being the incredible friend that she is, Laci offered to send me anything that might fit me for shipping costs alone — and of course I said yes! After having Freya, my body has changed yet again and while I’ve remained a similar weight to what I was before, my waist has expanded with a diastasis recti that I am now working to heal. 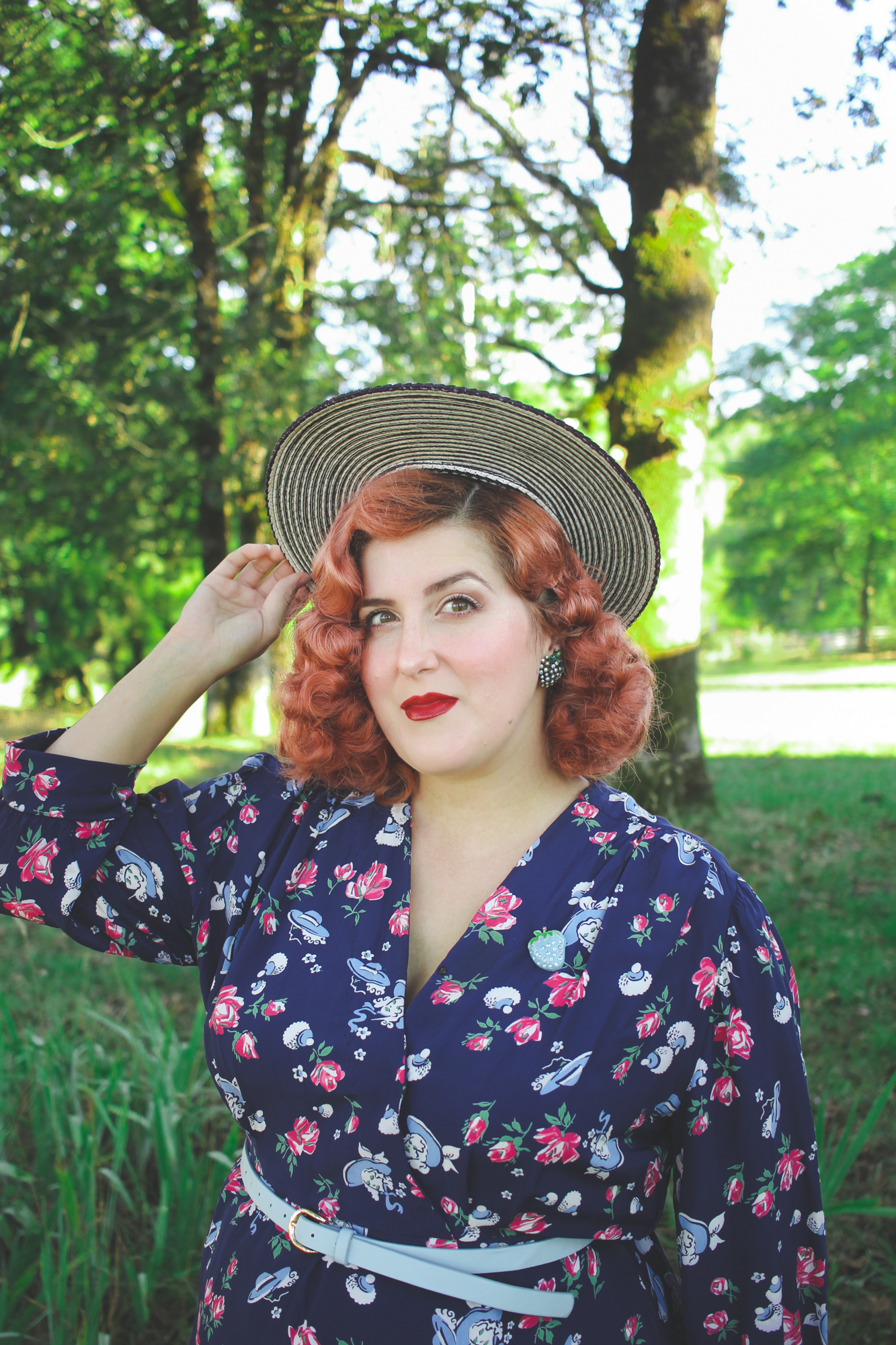 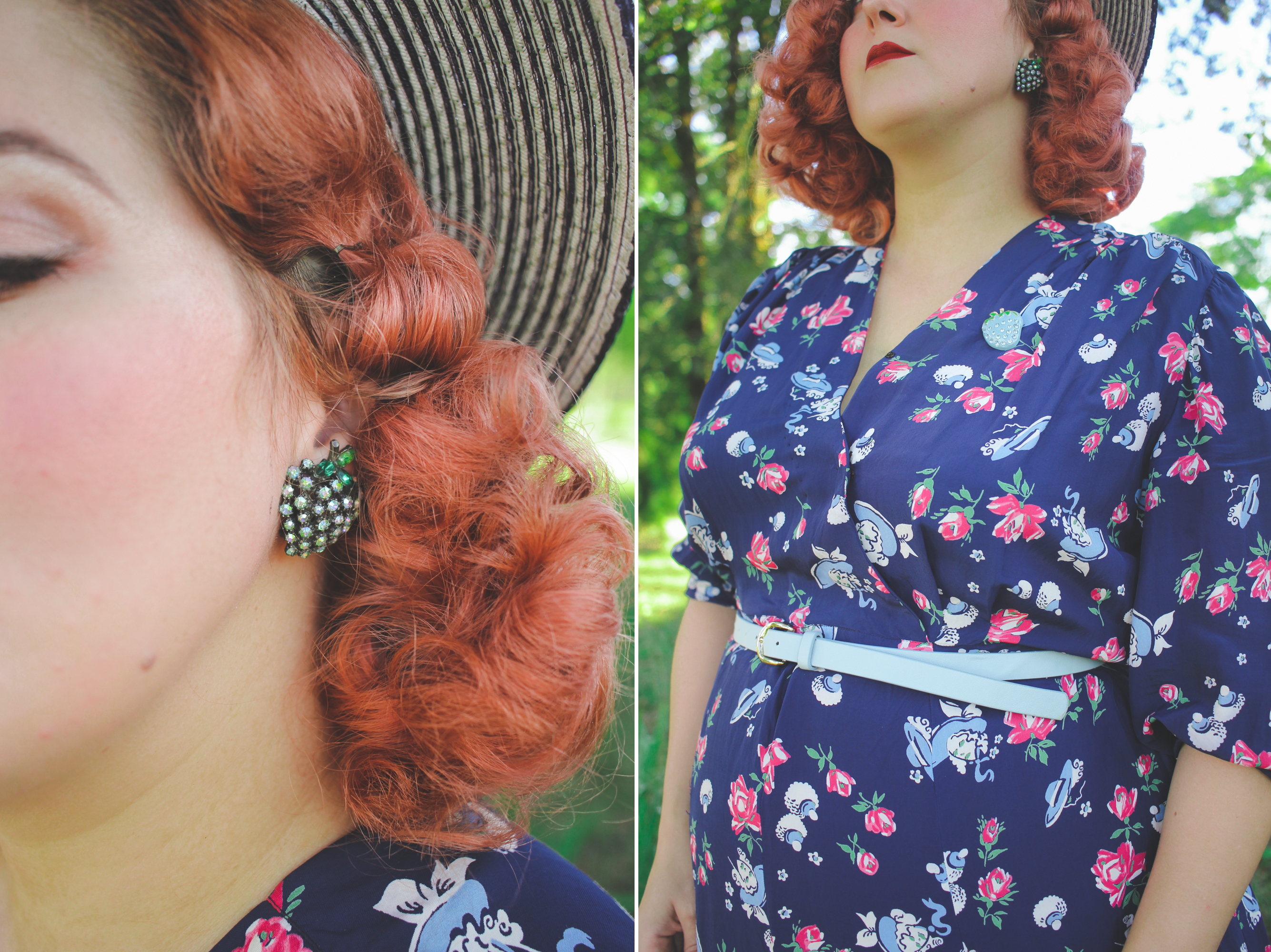 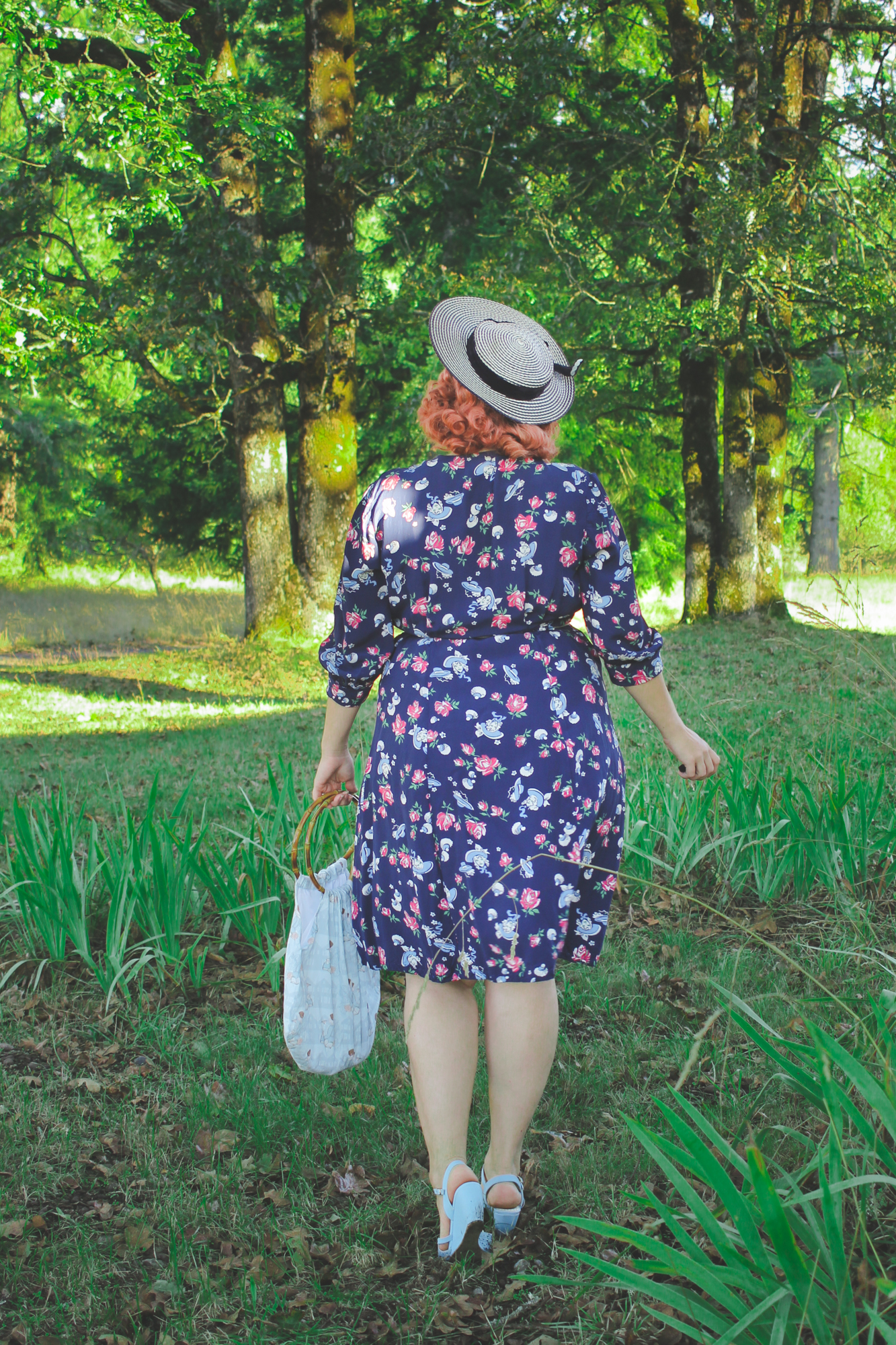 While digging, Laci subsequently found a GIANT collection of dresses — many of which are my size. Though I don’t remember exactly every single one, when we face-timed there were at least 25 dresses that would be coming my way. Plus that many or more in HER size — here’s her video tour of all her dresses — and then a little selection of dresses going to our good friends who are 40″ in the waist.

I love that she stumbled upon this real-life proof that women weren’t all extremely tiny in the past. Laci herself has a lovely figure and is slender in the waist, but me? Not so much. After four kids at 60lbs gained since starting this blog, my waist has gone from 27″ to a 34″ on a good day, and most likely is more around 36″ at the moment. The dresses Laci is sending me are all between 34-38″ in the waist.

There’s a myth going around that women in the 40’s and 50’s were all very small. After all, the majority of what you see when browsing Etsy or Ebay is tiny, thus women must have been tiny… right? NO. The fact of the matter is, most of the larger sizes posted to eBay and Etsy are bought SO FAST that it’s hard to find them. The other fact is… most of the larger sizes were worn so much they were worn out and thrown away before they ever had a chance to survive to today. Or, as we see in the 1940s pamphlets about Make Do and Mend, people were encouraged to take old clothes and turn them into something new.

Something for children. Something smaller. Pillows. Blouses. Etcetera. So those larger garments that maybe had holes in one area too large to fix? Those were turned into collar accents and dress sleeves and aprons and dresses for Little Sally. 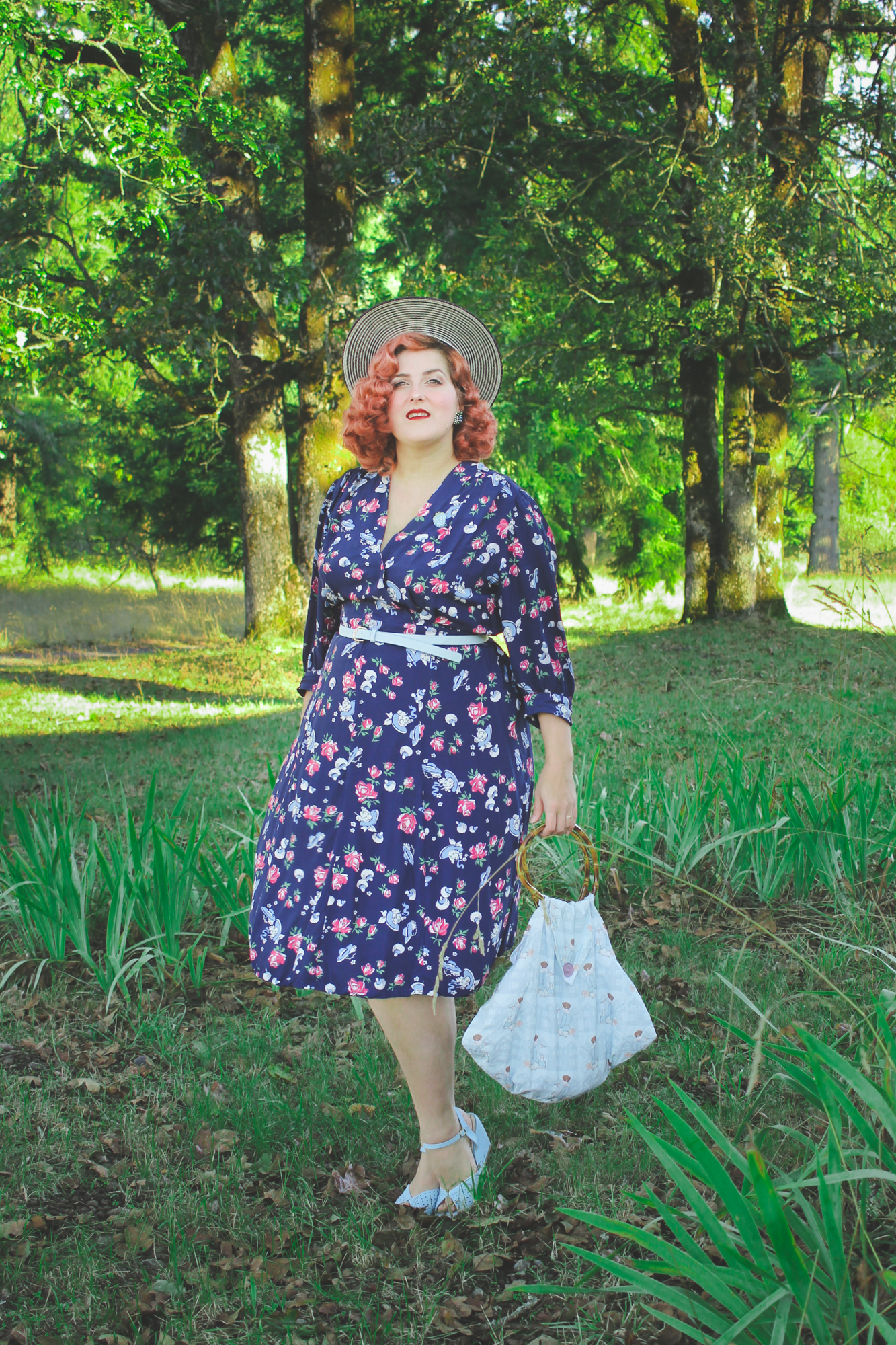 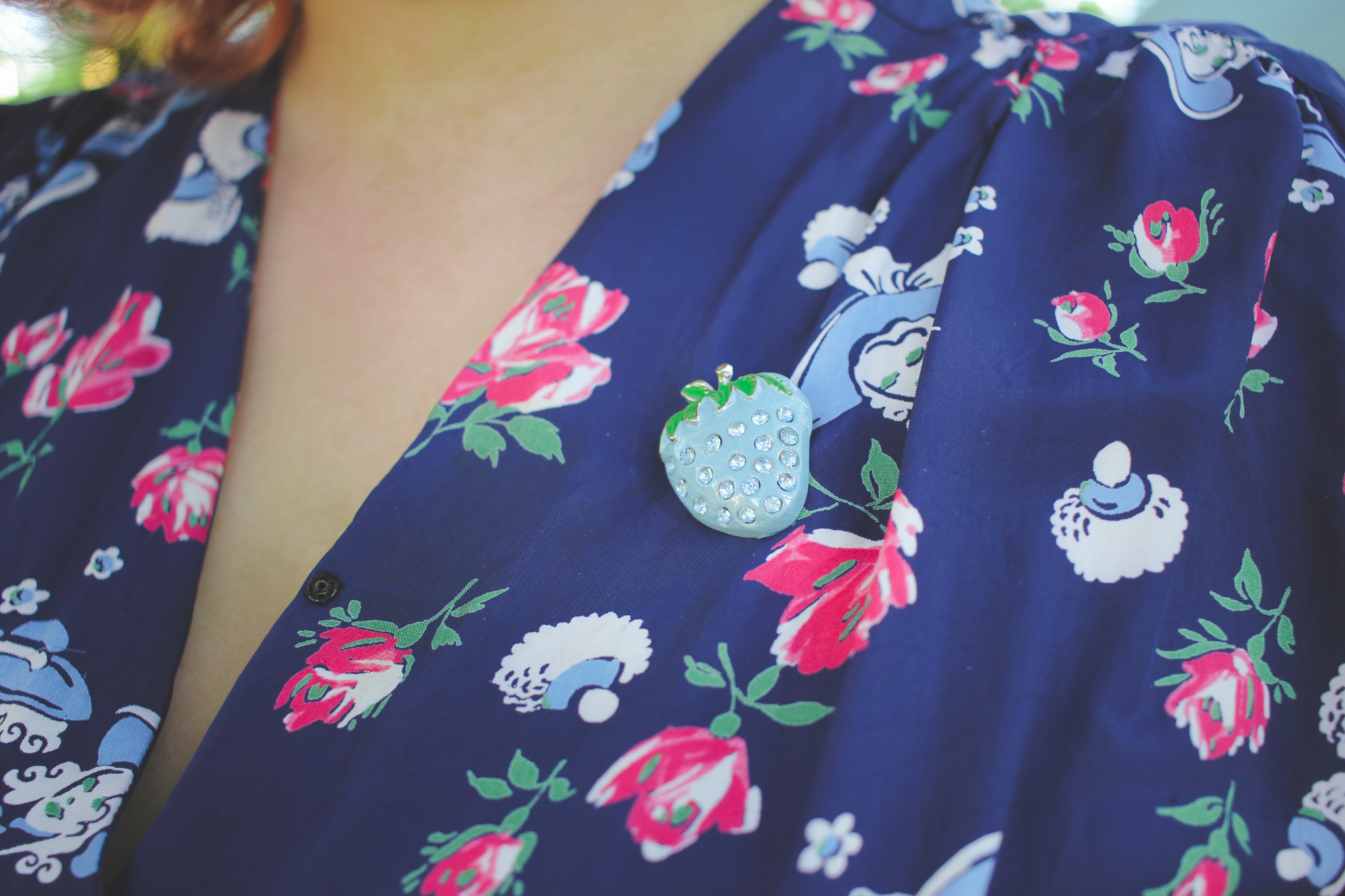 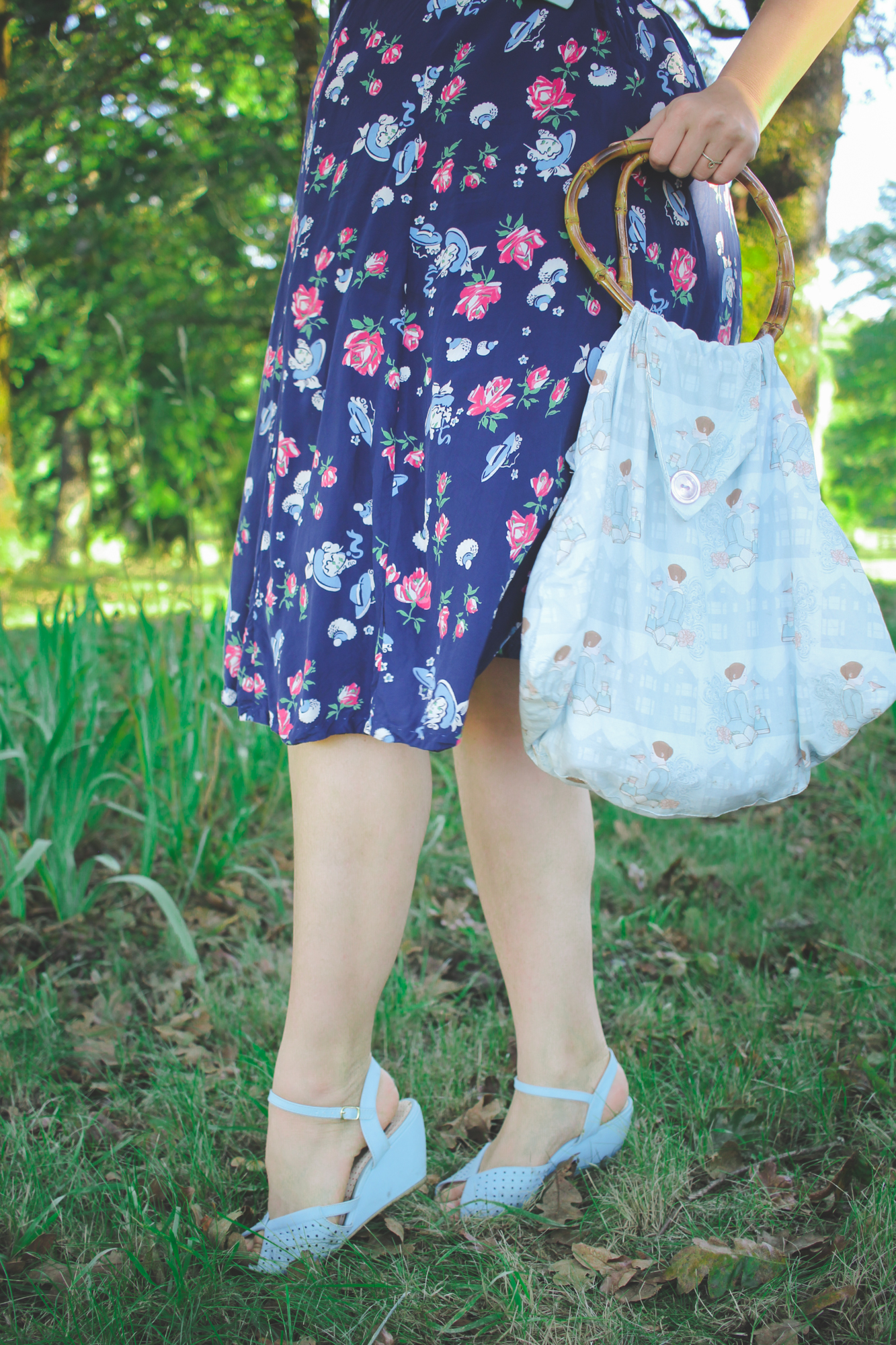 And then those of us with larger waistlines despair, thinking: were women really just smaller in the past? Will I ever find anything true vintage I can wear?

I’ve been lucky to find things in every size that I have been, but I know it’s not so easy for many others. And I hope that this little story about Laci’s lucky finds can give some hope, somewhere. Vintage Plus Size does exist, and it may just be harder to find because, much like back in the 1950’s, it’s the most useful and the most loved. 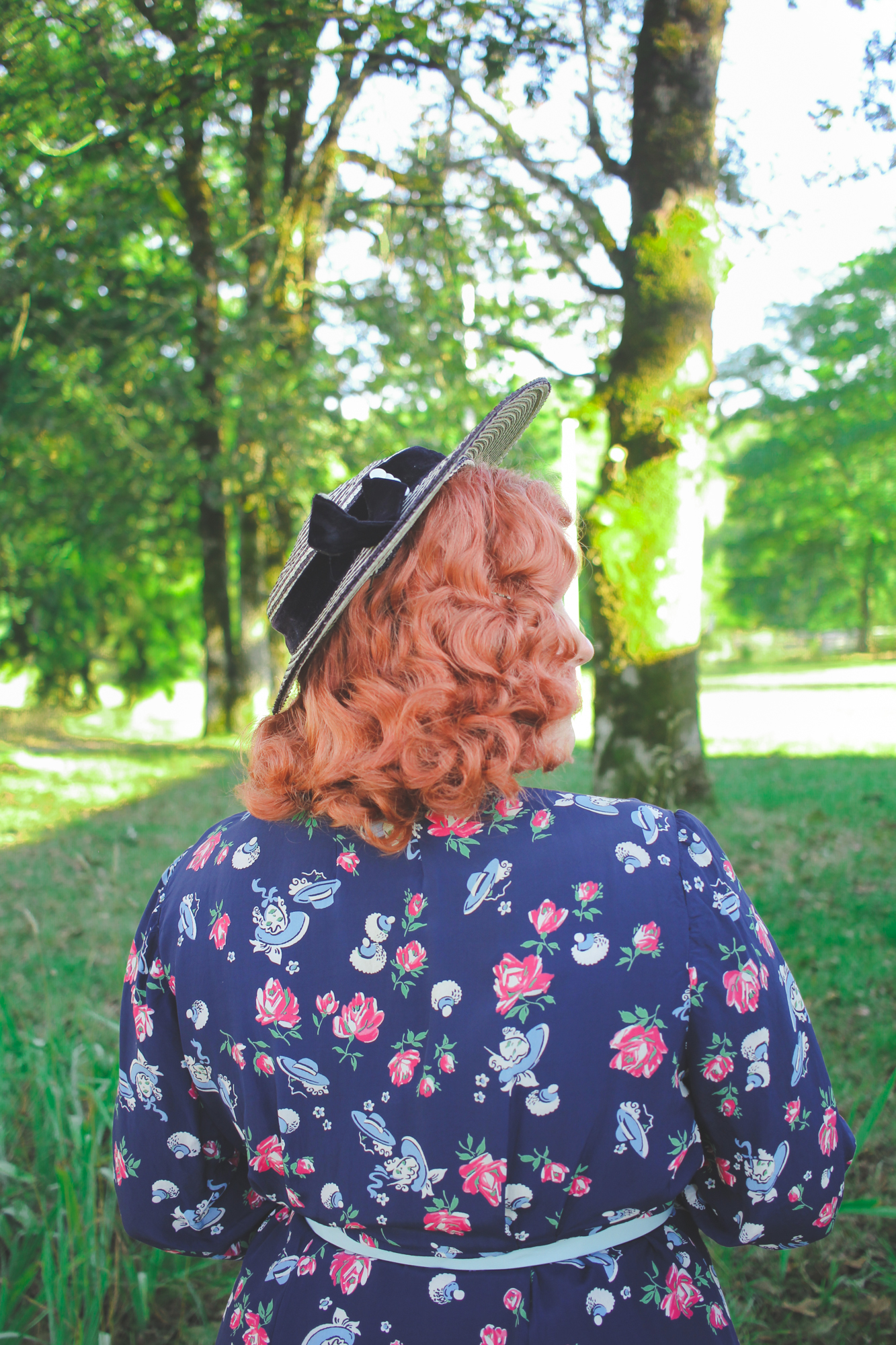 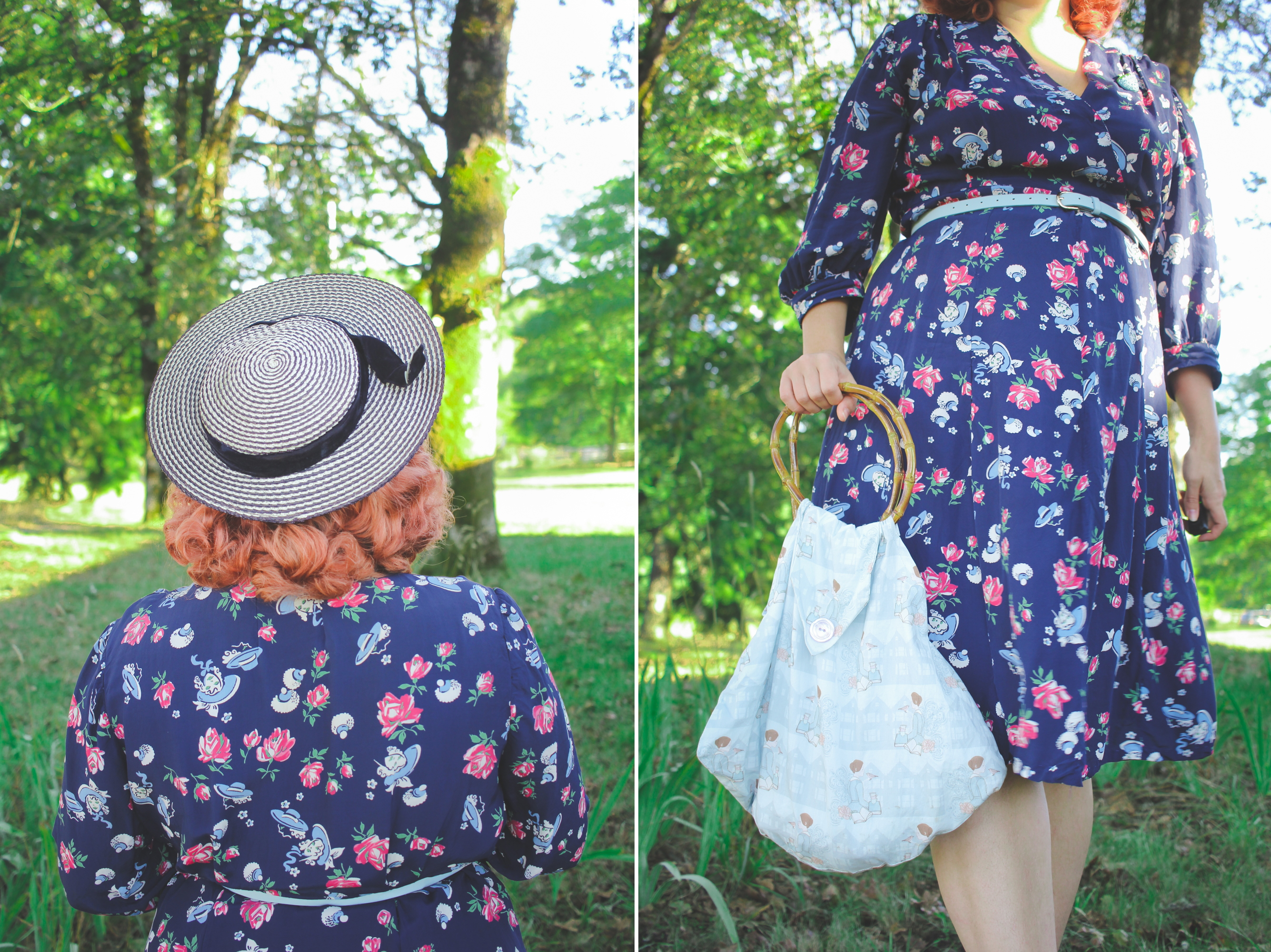 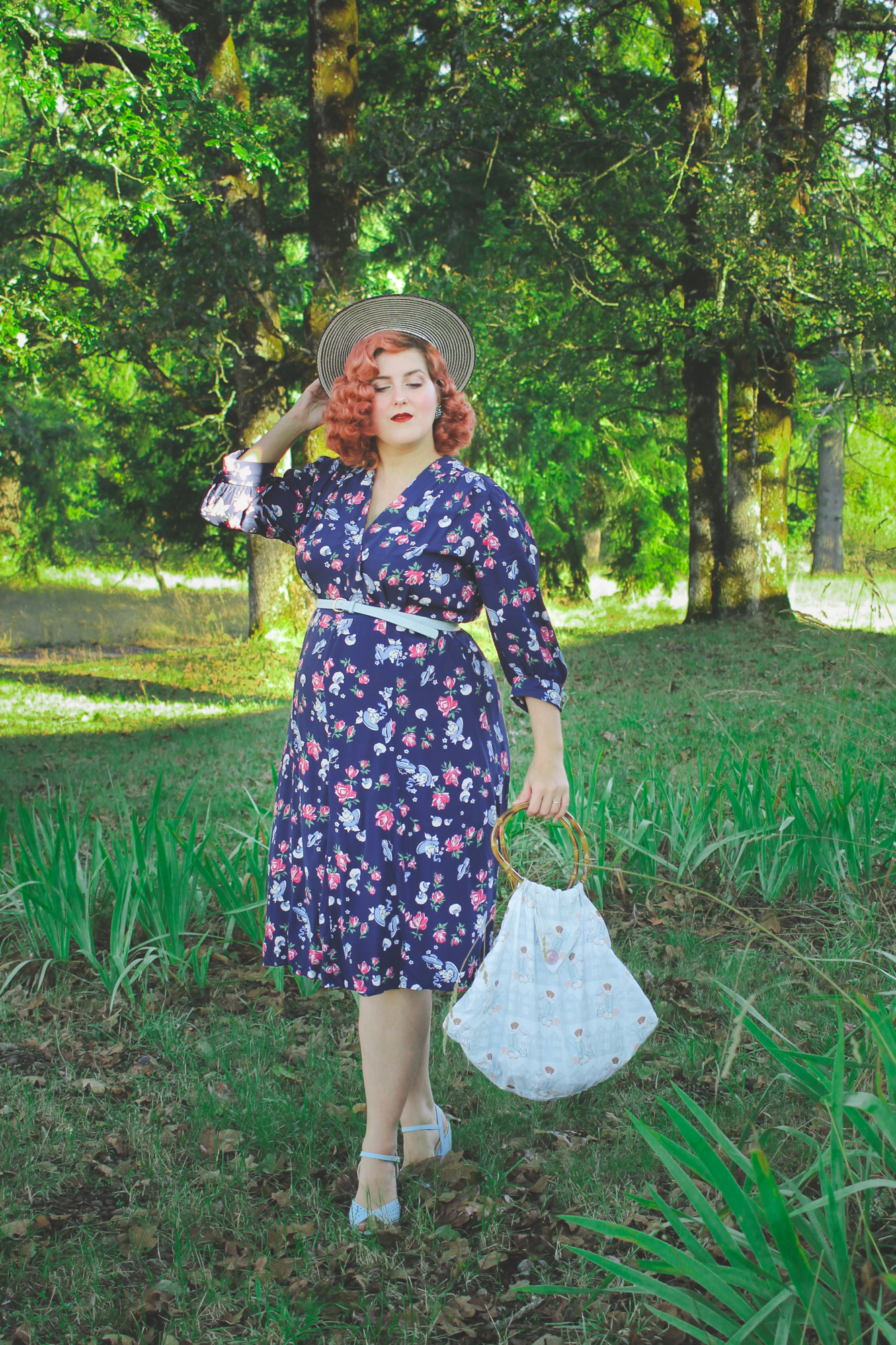