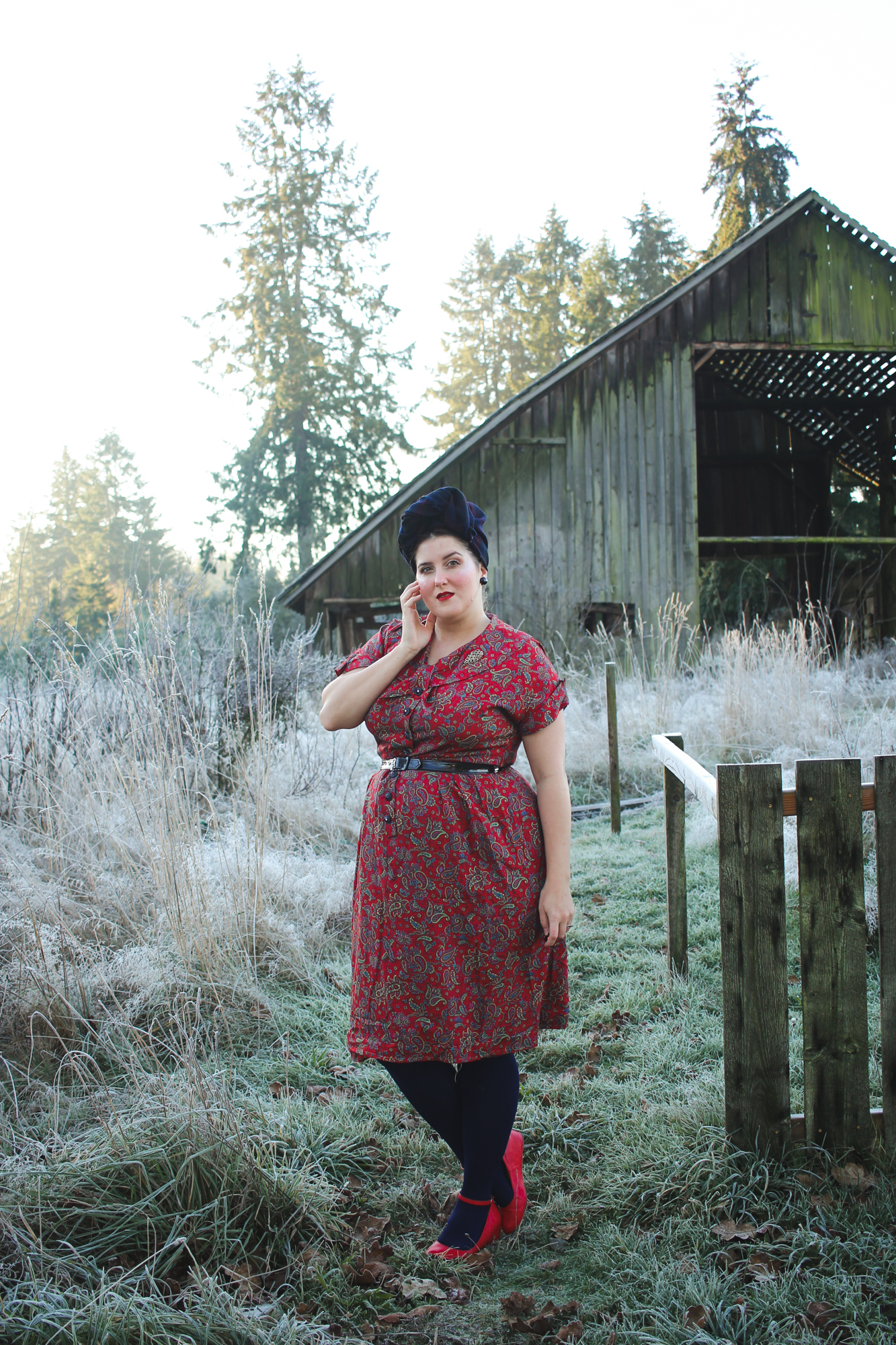 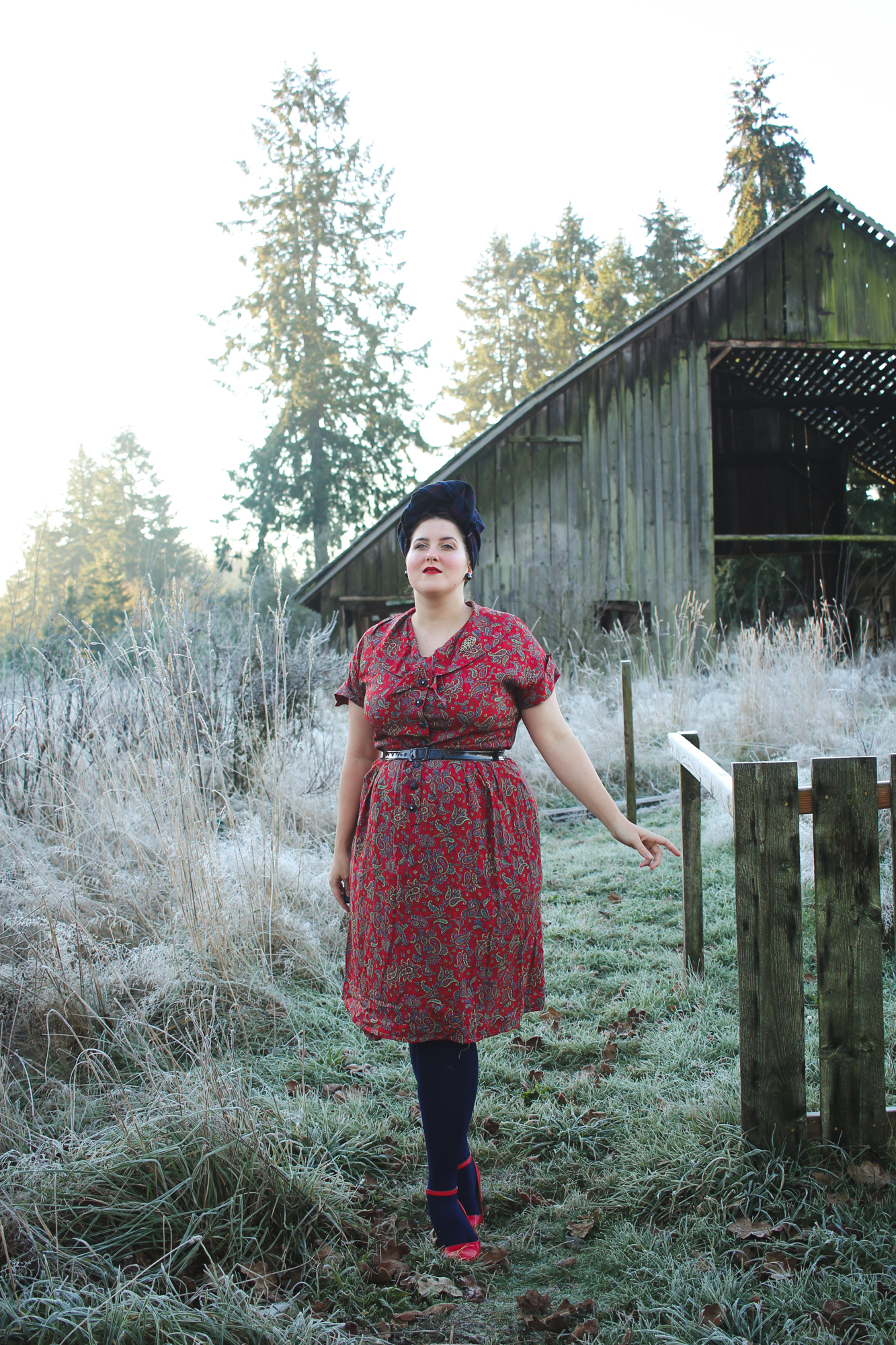 It belonged to one of three sisters who owned a house together and never got rid of anything. Each sister had a different level, and each sister was a different size. We don’t know much about them, but the thought is fascinating! After their deaths, someone bought the house sight unseen and there was so much that even after the estate sale a massive amount of things were left. And, because the people who bought it are unfamiliar with vintage, they were just going to throw away the clothes. They had no idea these things were precious!

Because they let Laci take whatever she wanted for free, she offered to send me anything she found that would fit me. Through her kindness I have a whole new set of vintage dresses that fit me and I learned something I didn’t know: Lane Bryant is a vintage brand! I don’t know about anyone else, but I’ve always assumed that Lane Bryant was a modern plus size brand. But no, the brand was established in 1904 by Lena Himmelstein Bryant Malsin as a maternity brand. Who knew?! 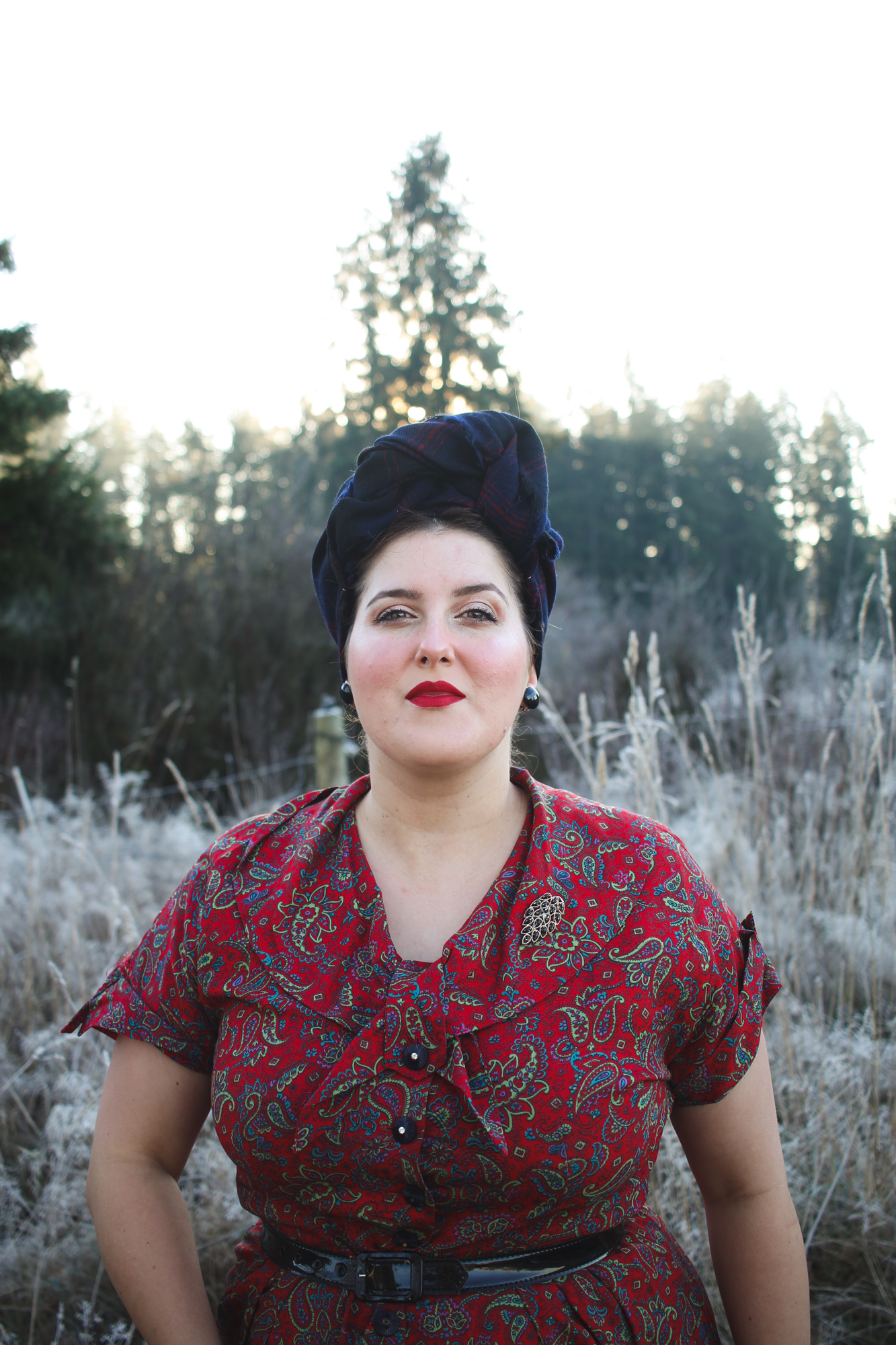 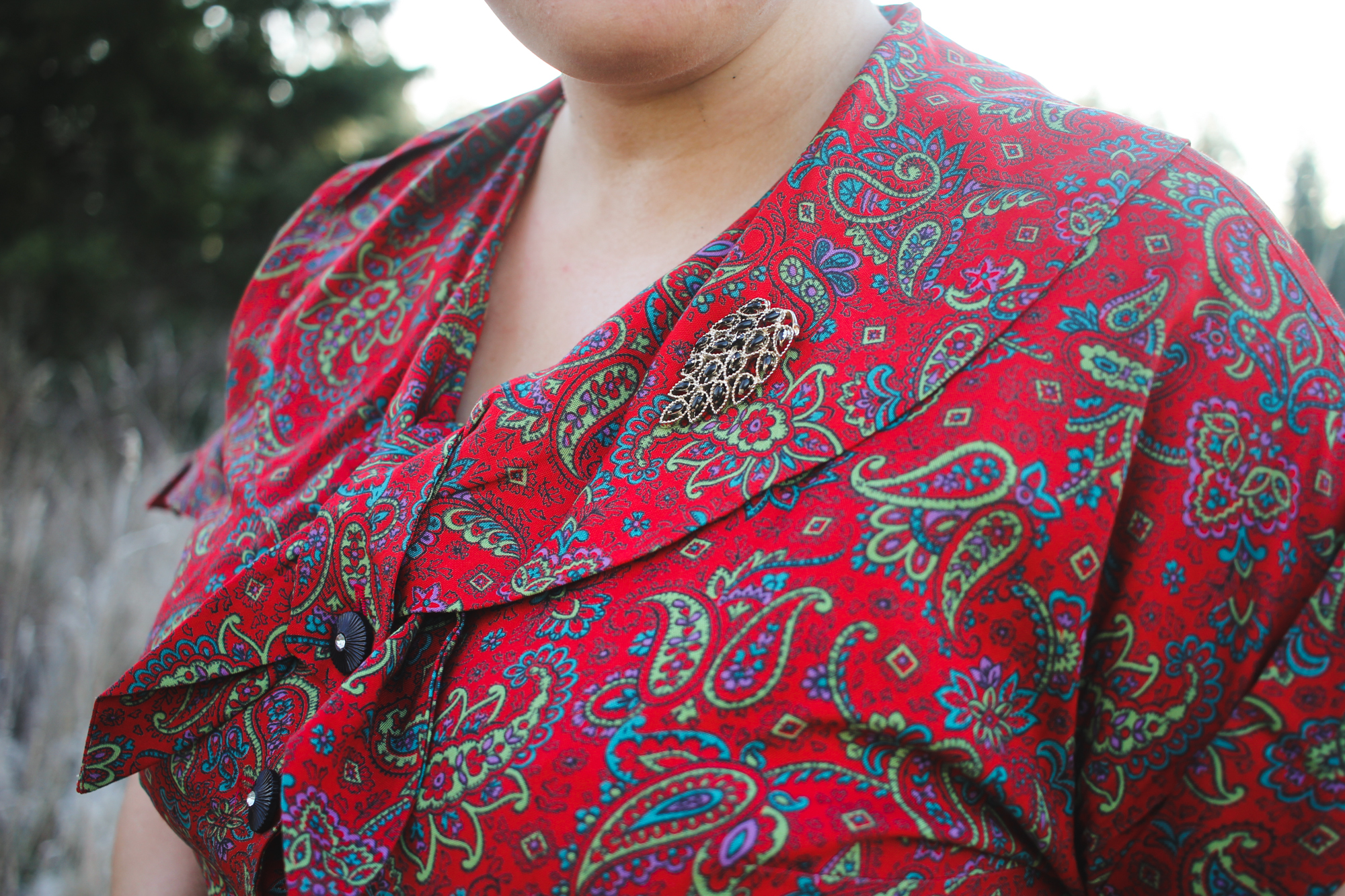 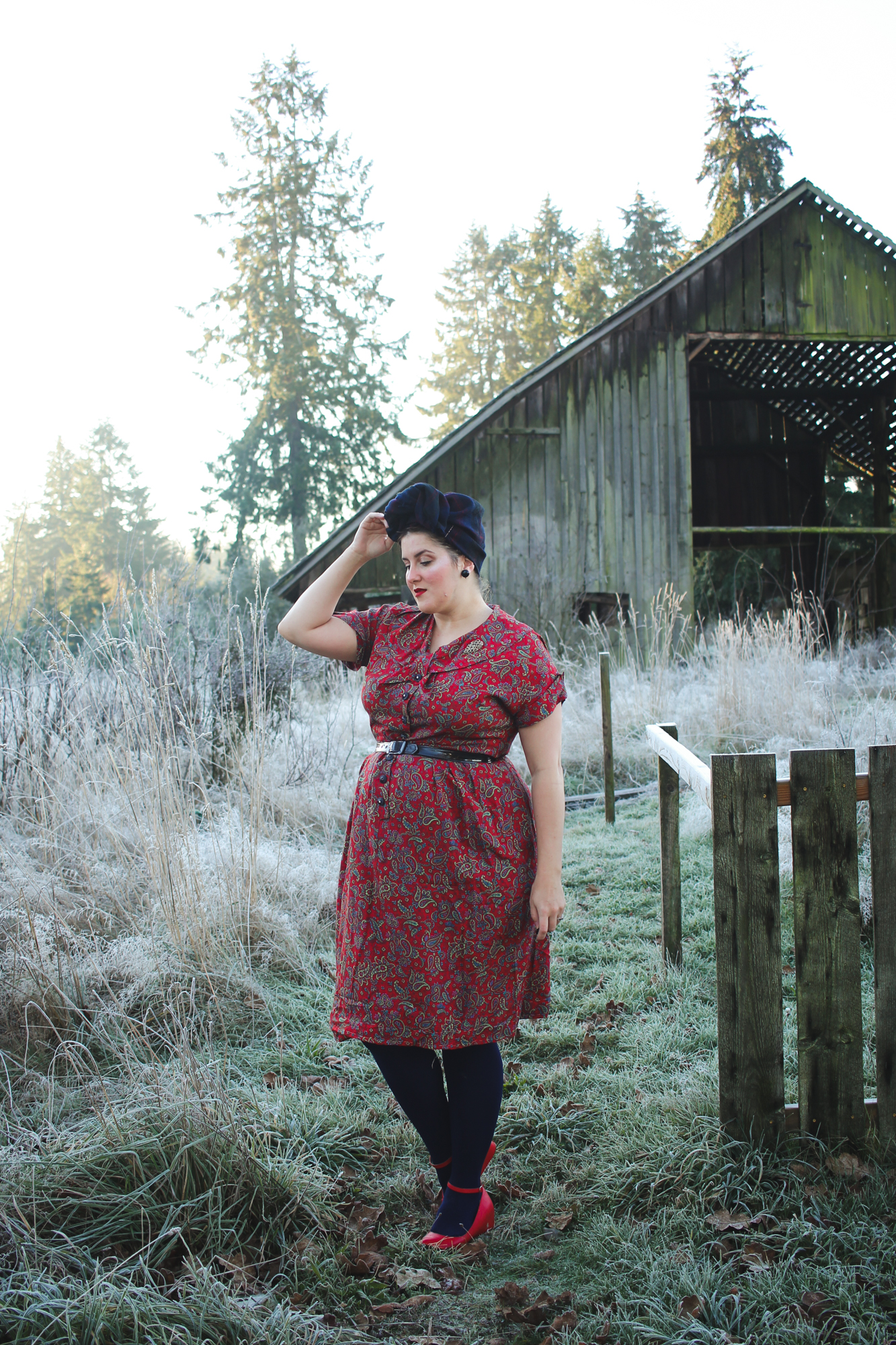 The story of Lena is fascinating.

She was widowed at an early age, and supported herself and her son as a dressmaker. After borrowing $300 from her brother-in-law, she opened a bank account where they misspelled her name as Lane. She was asked by a woman to create something presentable for a pregnant woman, but also comfortable, and so it began. Later, she remarried and her husband Albert began to develop and expand it. By 1910 the company had reached $50,000 a year in sales but they still had issues getting the word out about the brand.

Things like pregnancy were not discussed in polite company and it was still mainly a maternity brand. So, Albert took it upon himself to get the word into The New York Times. When he finally got an ad in, Lane’s stock sold out the next day. Lane Bryant was the first brand to create a mail-order maternity catalogue and then, right before World War 1, Lane noticed another need: plus size clothing.

Plus size clothing quickly took over, and by 1923 the company sales was at five million. 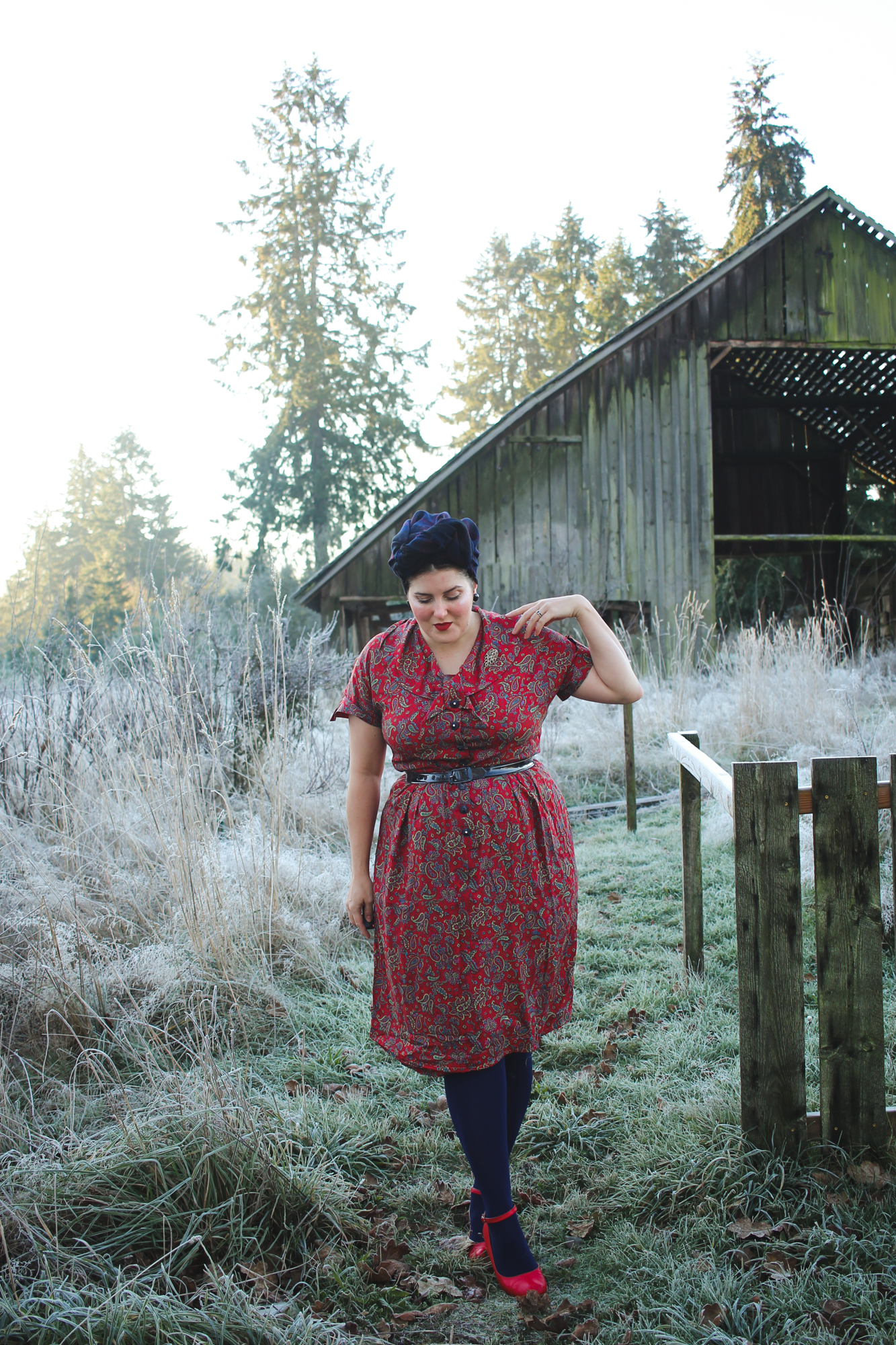 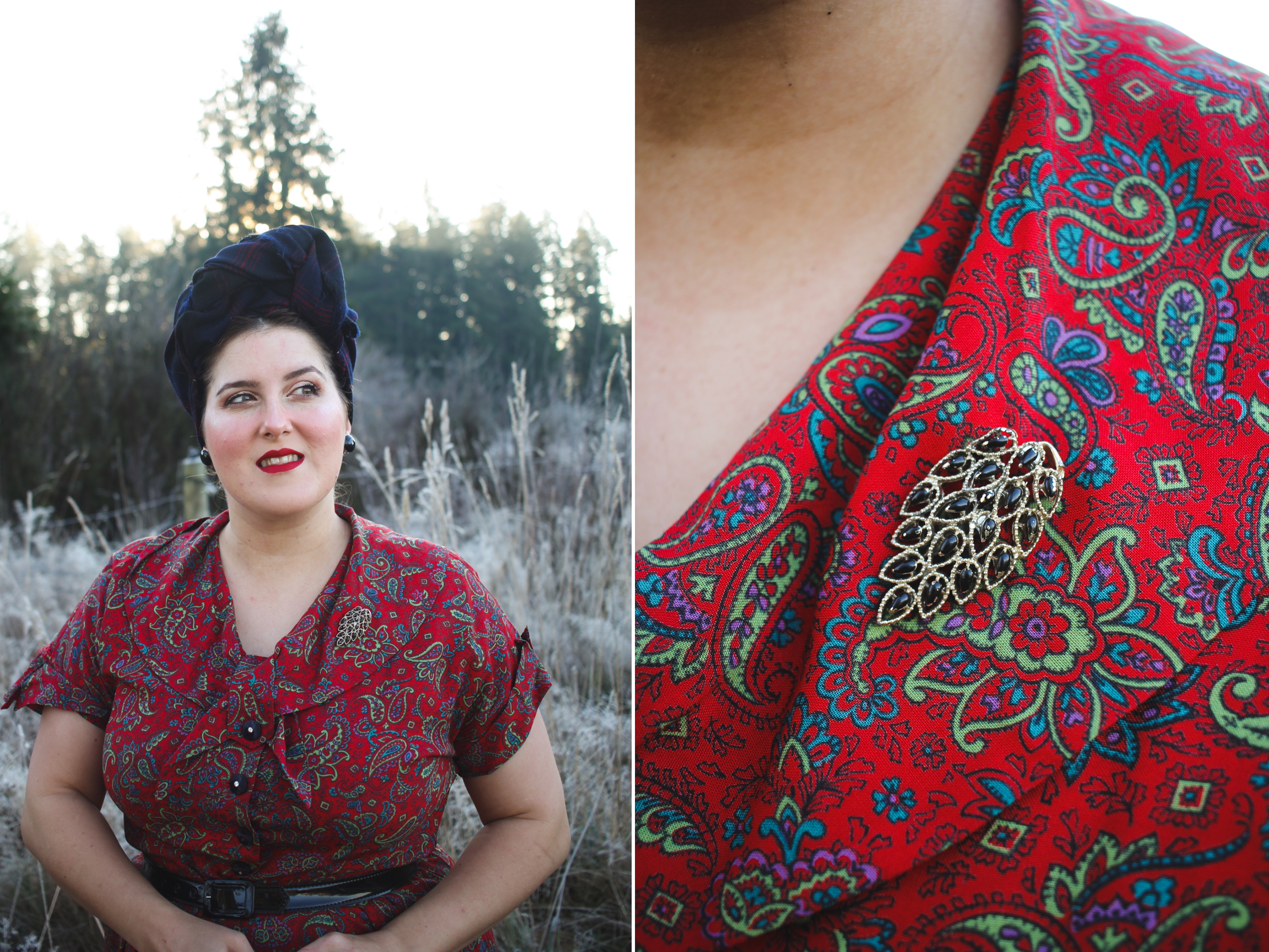 This entire story goes to prove a point: women were not just smaller back then.

The whole belief that women were just smaller back then is one that has always bothered me. Often, people who are new to vintage loving see the “cupcake dresses” — those fluffy, frothy, frilly, super-pinup-y vintage dresses that only seem to come in tiny sizes. And they assume that, well, obviously women were just tiny then. But as we can clearly see by the history of Lane Bryant, that is not true.

Of course, different styles of clothing were catered to different sizes of women back then just as they are today. Frothy cupcake dresses? Those were for teens, for proms and parties and young women still developing curves. For women in their mid-twenties, you see day dresses with fitted tops and flared skirts. The dress of a young wife, maybe pre-children, and probably very often dieting. Then comes the plus sizes, where it was advised to wear  clothing more fitted to the body. Straight skirts come into play a lot with my plus size vintage. Rarely do you find a plus size superfull flared skirt. 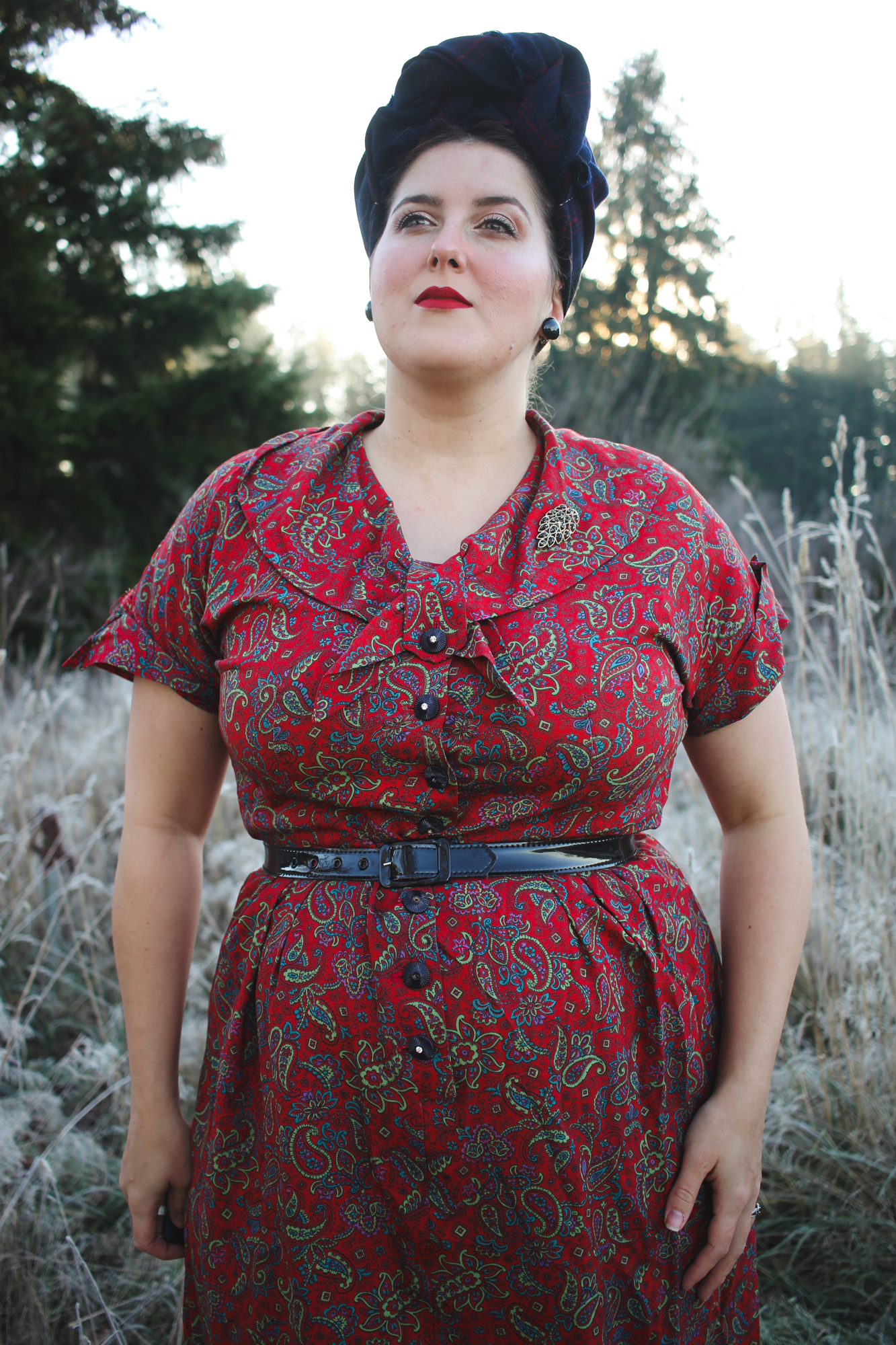 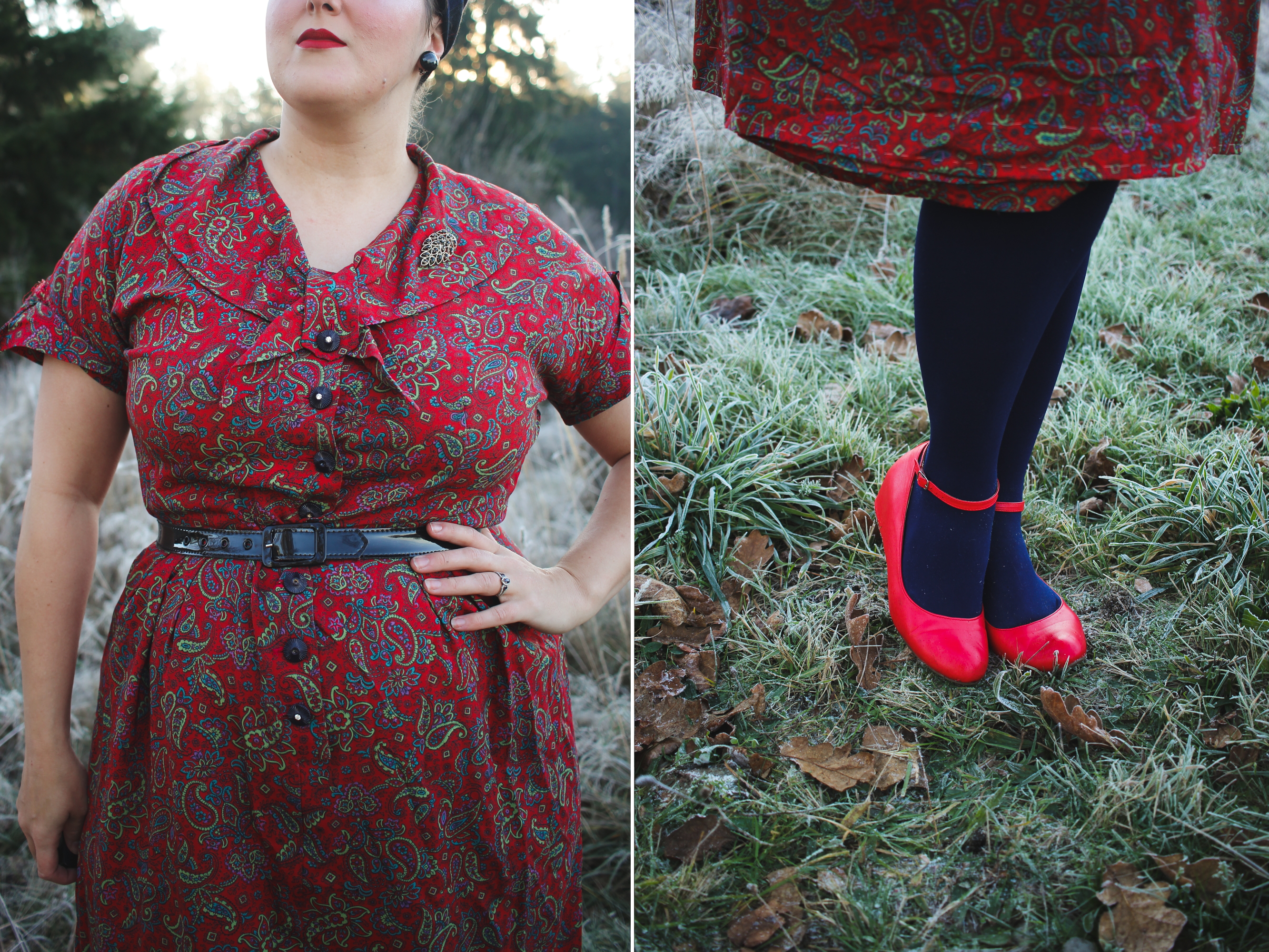 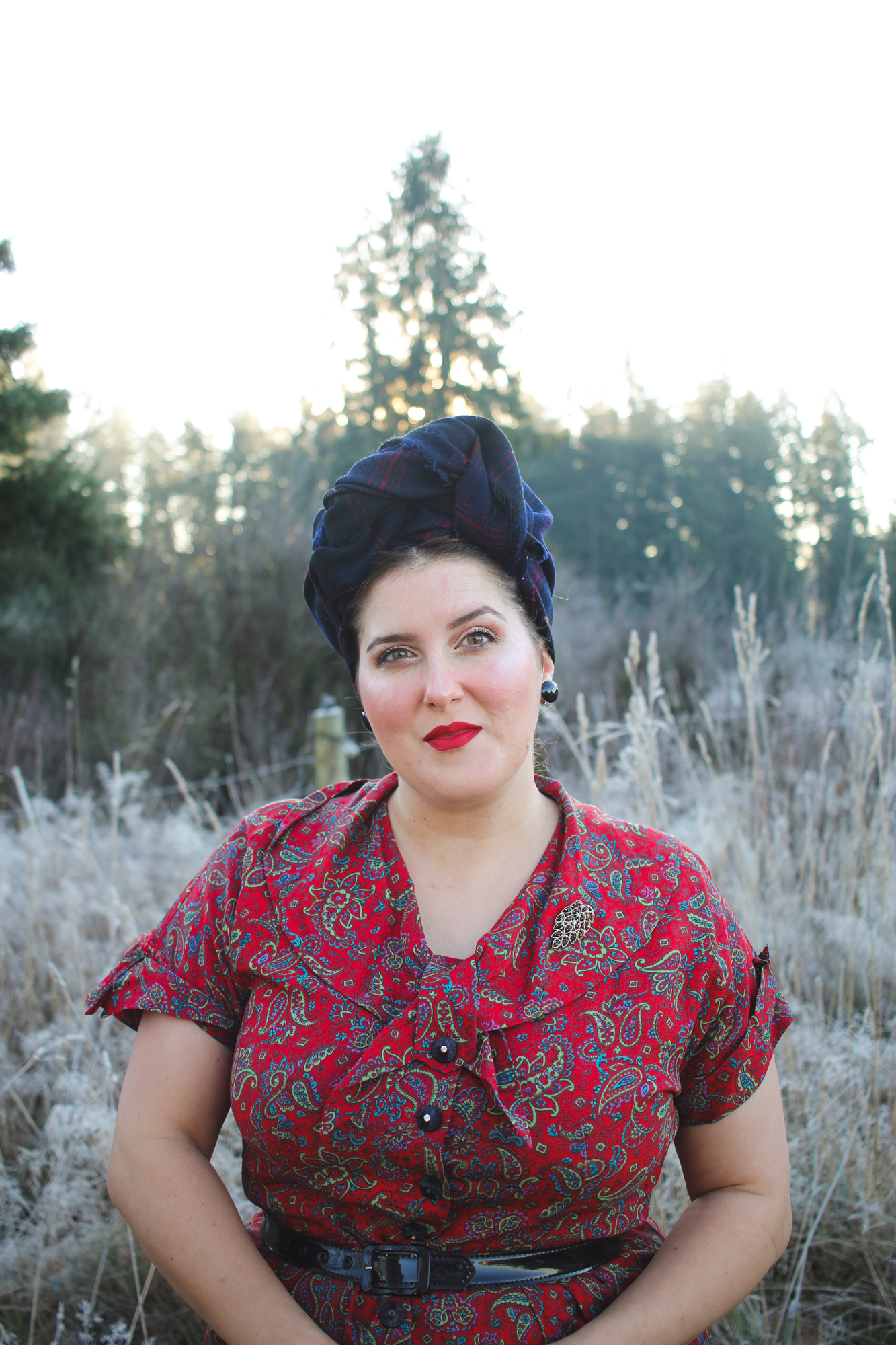 But why don’t tons of plus size vintage dresses exist today, if this is the case? Honestly, it’s likely that as women aged and wore the same things over and over again, they just wore out and got thrown away. The frilly, frothy dresses we see most often were preserved much like treasured wedding gowns, while everyday dresses are worn out, patched up, and remade until the fabric is no longer useable. After all, women didn’t have extensive closets and especially through the wars it was highly encouraged to make over what you had to make things new.

Or perhaps it’s a case of our friends who own the hoarder house, so overwhelmed by the stuff they were just going to toss it all in the dump. I cannot imagine how many vintage things have been thrown away simply because people didn’t know any better. How many people have been unable to handle looking at their loved ones belongings after they pass away, and they opt to store everything in the basement till, eventually, it rots. This was nearly the case with my friend Clara, who braved a particularly moldy box in the basement of an estate sale and discovered that under the top layer of grossness were several beautiful and perfectly clean dresses. 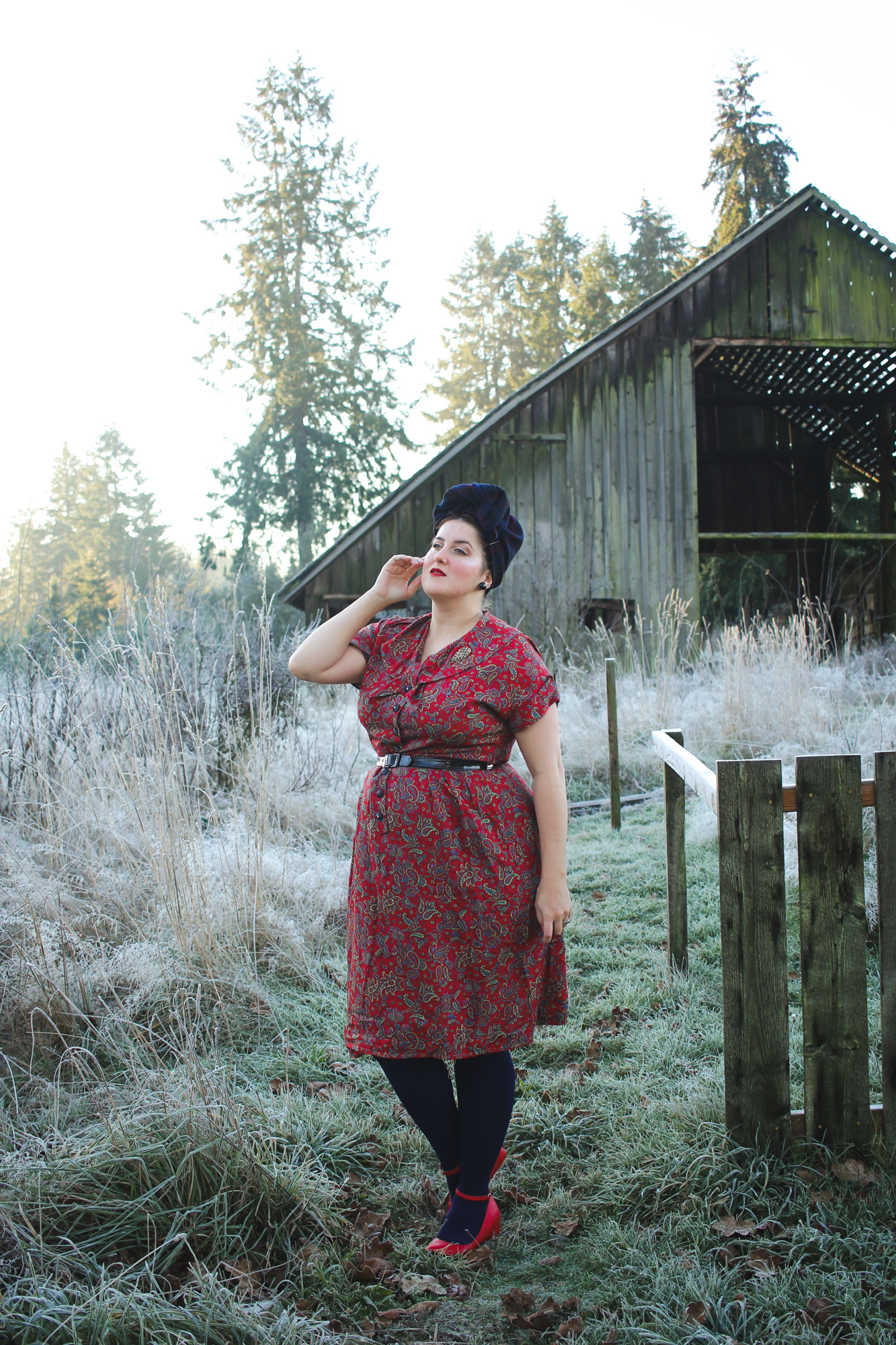 Whatever the case, I am so glad that I can give these dresses a new lease on life.

The more that I wear vintage and find vintage, the more I fall in love with its history. What used to just be pretty dresses are now stories to be told. What was the woman like who wore this dress? And where will it go, when I am done with it? These things are fascinating to me.

I hope you’ve enjoyed this little look into Lane Bryant and the history of the brand! It was certainly fun discovering more about what I wear and where it came from. Do you have a dress that tells a story? I’d love to know! 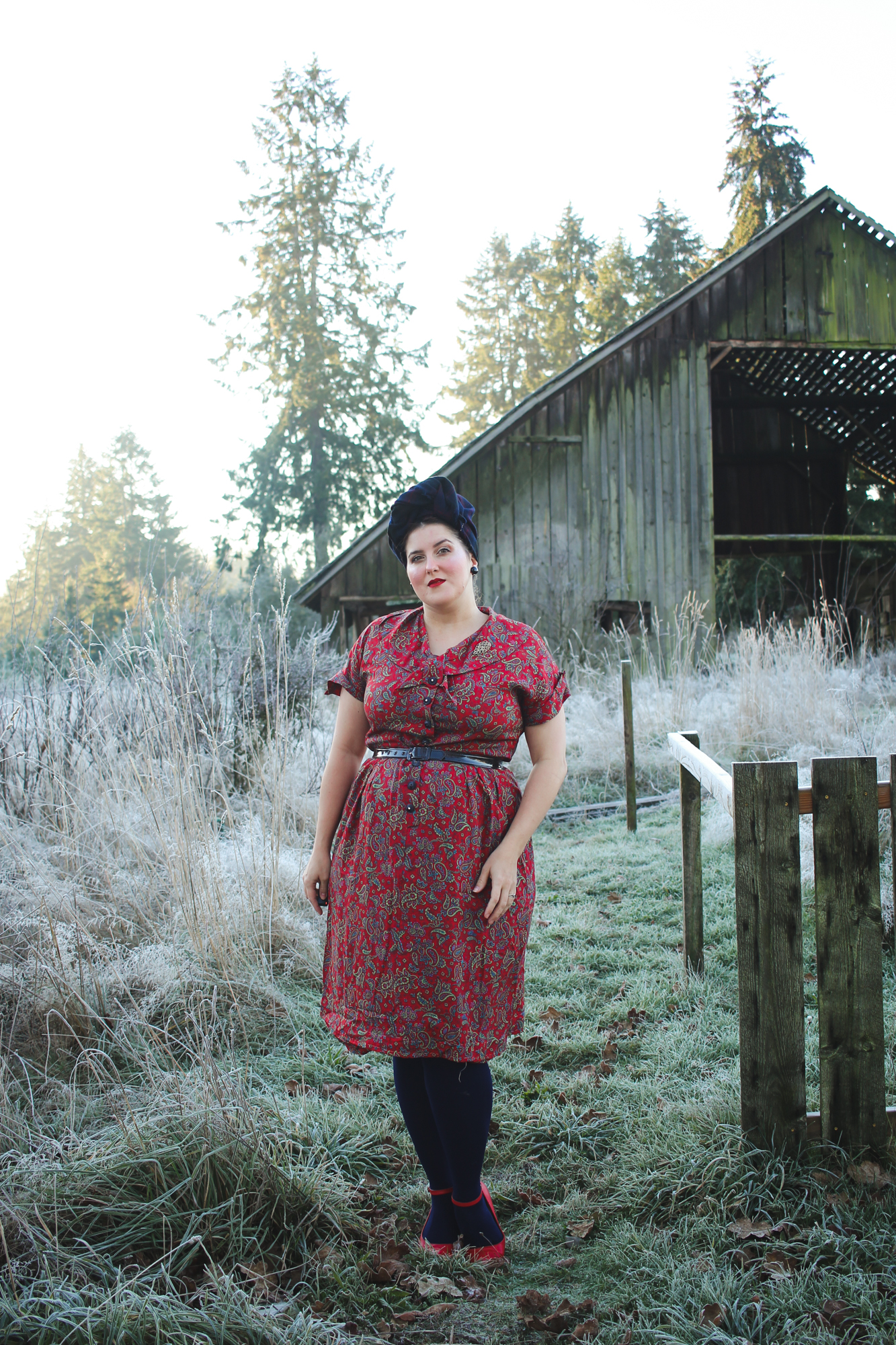