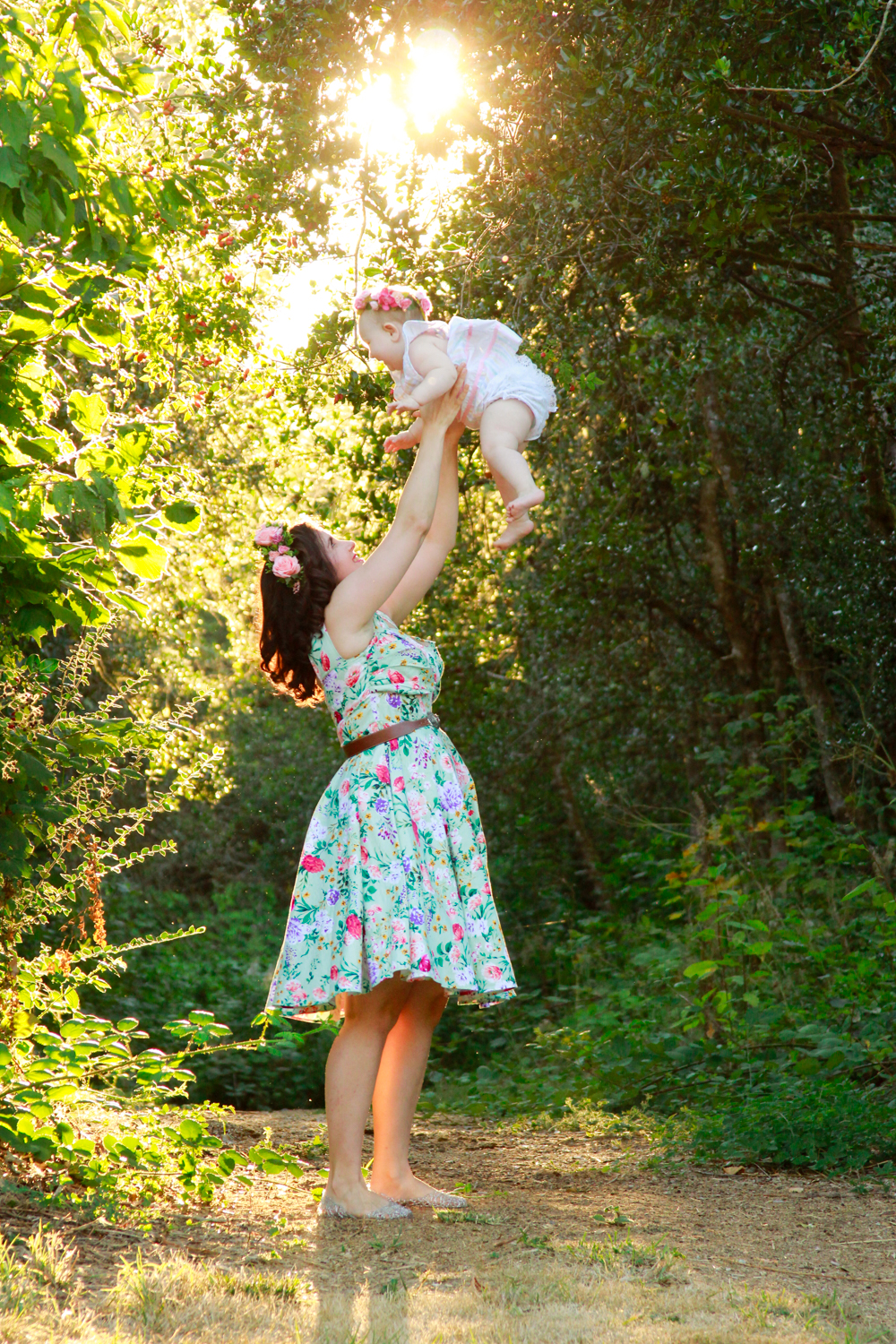 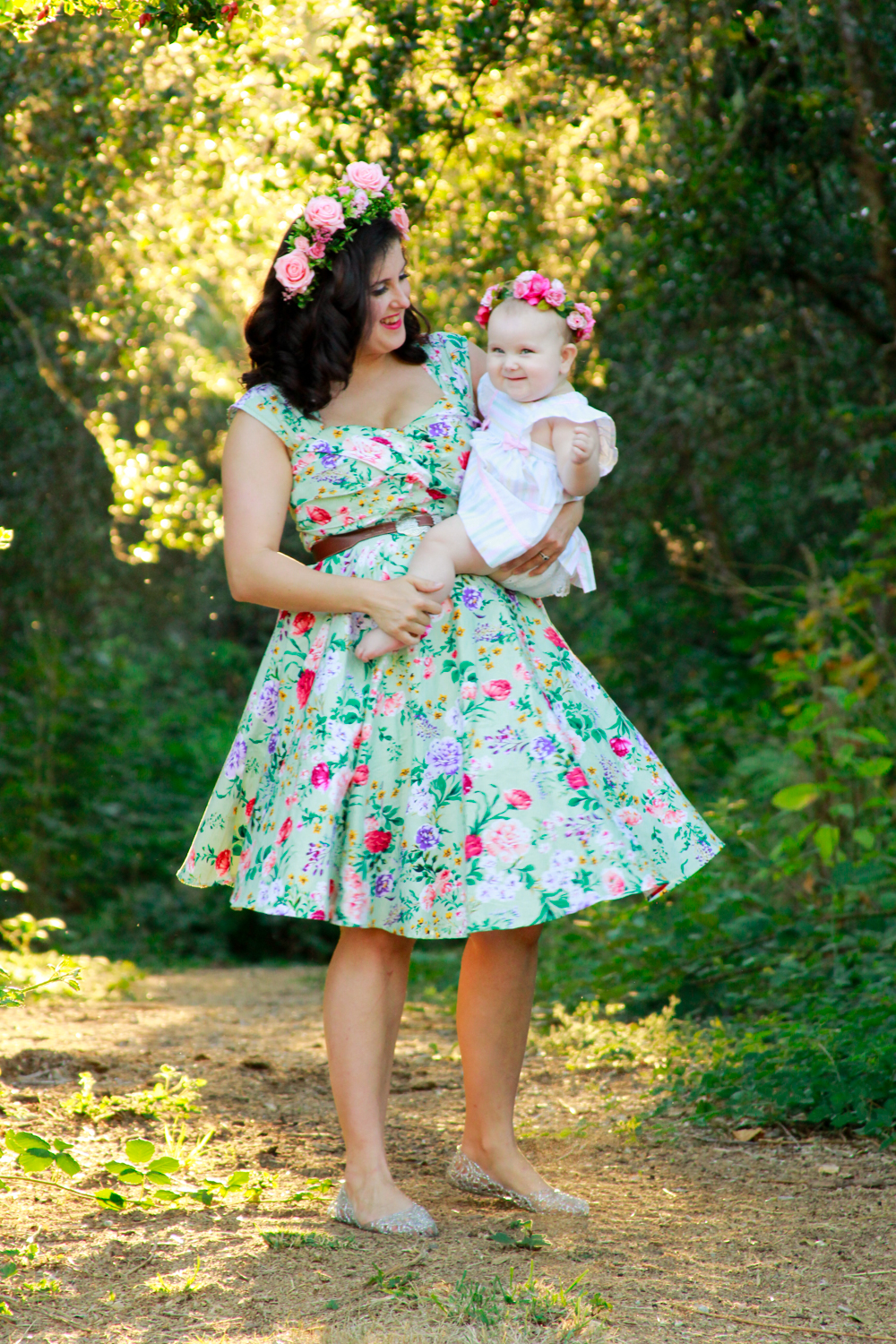 Last month, I started planning a way to wear these beautiful flower crowns that my friend Caitlyn made us for a mother-daughter photoshoot for Evie’s first birthday. I am so excited to share those photos now; they turned out exactly how I had hoped they would! If you’re in the PNW and are searching for a photographer, by the way, these were taken by my husband and you can find us on Facebook as Suko Photography. 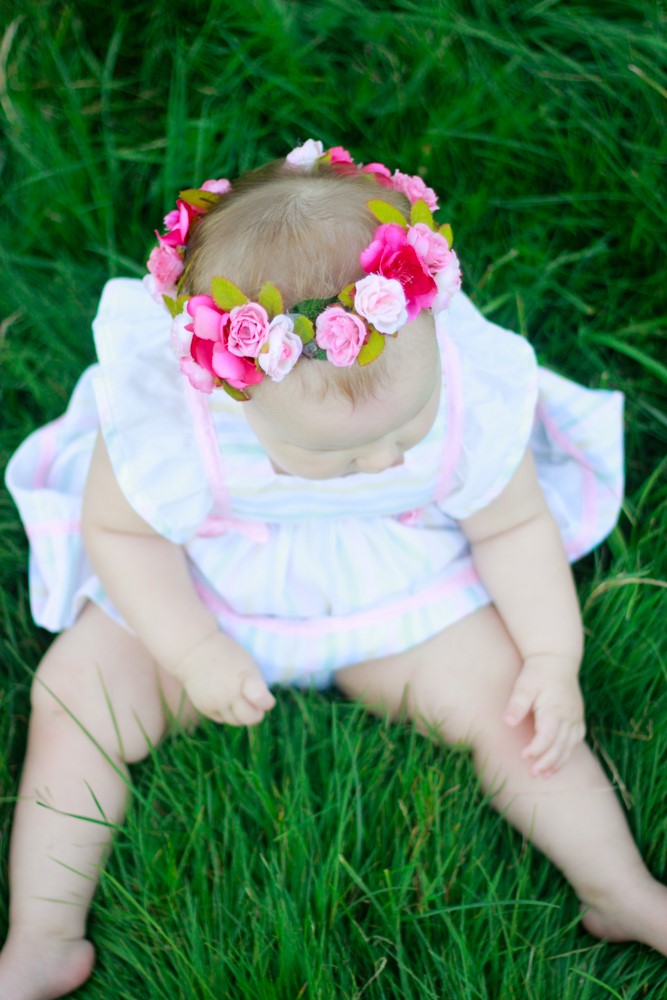 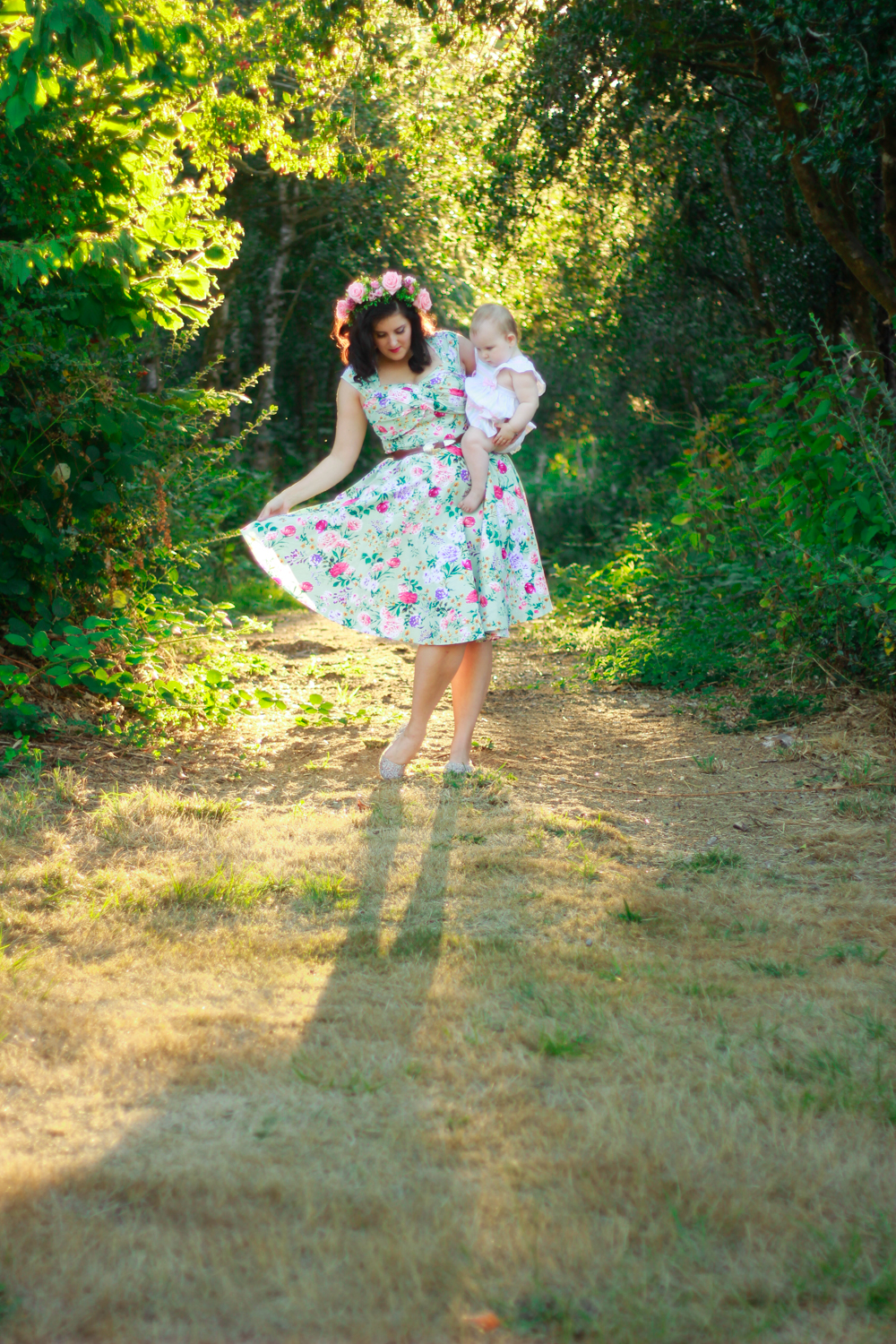 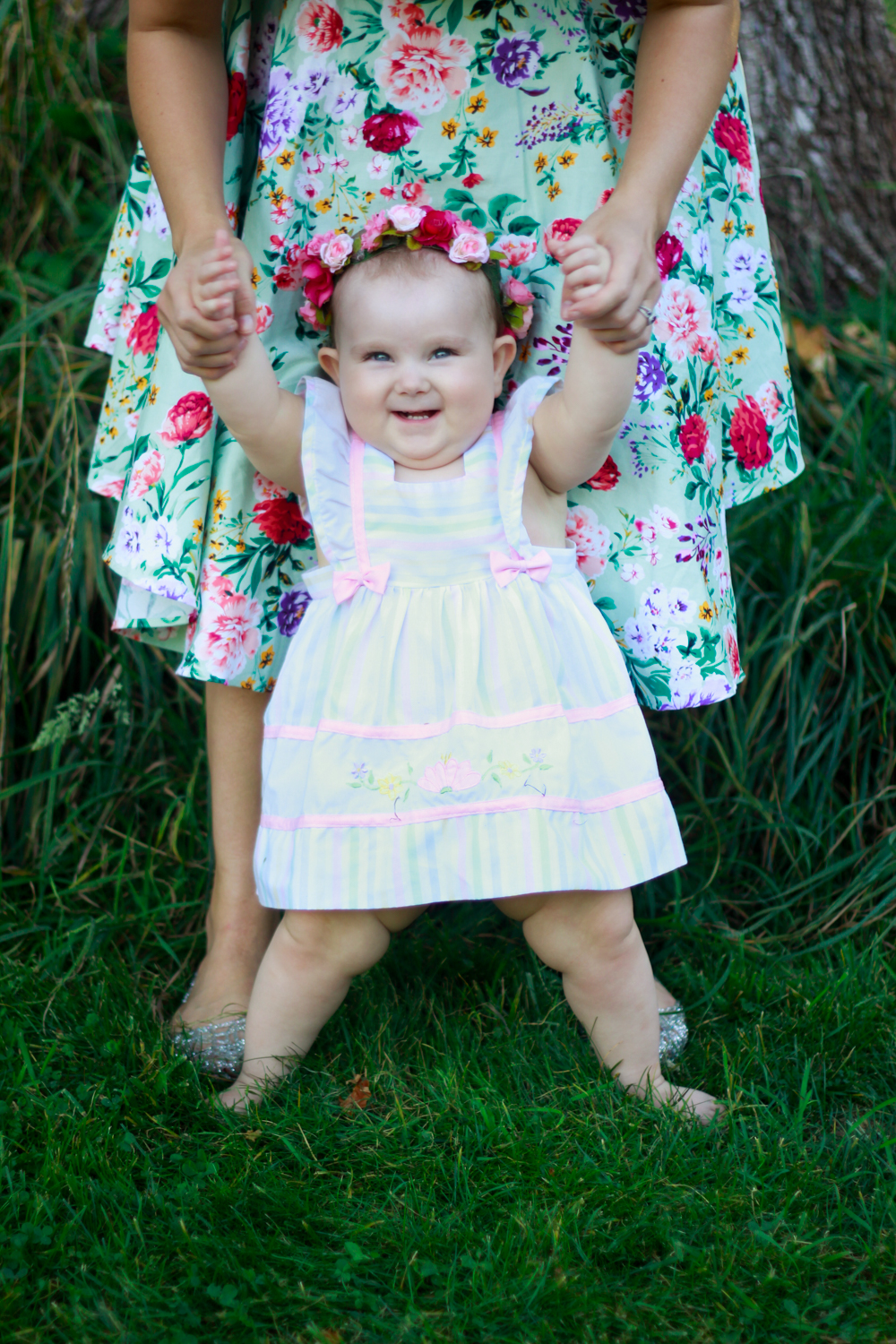 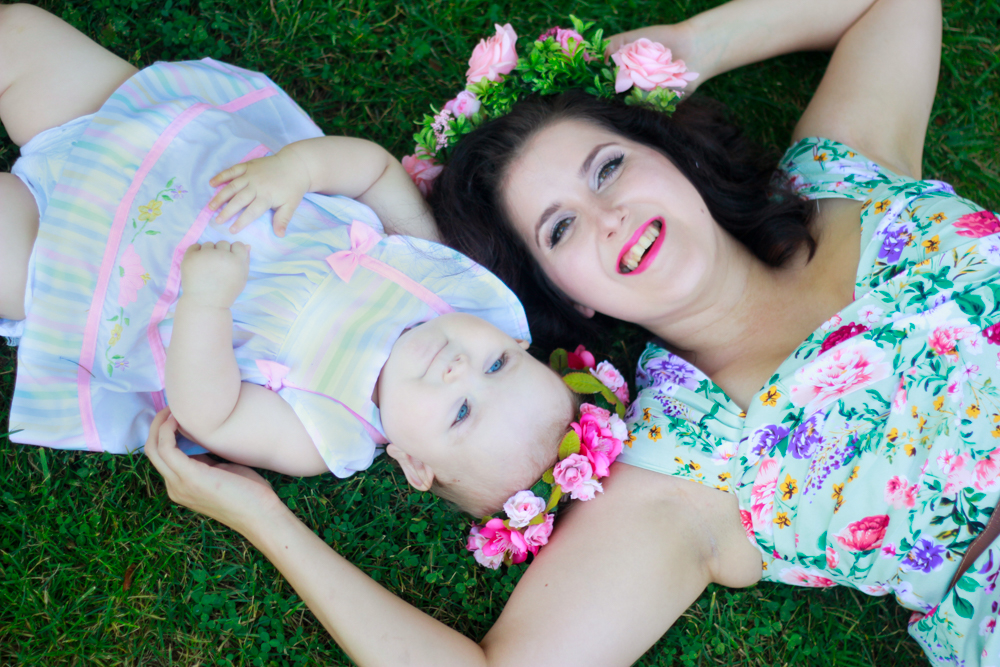 She is funny, emotional, wiggly, loving, cuddly, happy, curious, and intelligent. I feel as though she is learning so much faster than Asa in so many ways, yet she’s also more of a baby than he was. The latter is perhaps supported by the fact that we reached a year of breastfeeding and are only just beginning to wean. Asa weaned himself by 8 months. So, I still have that to make her feel like my baby. 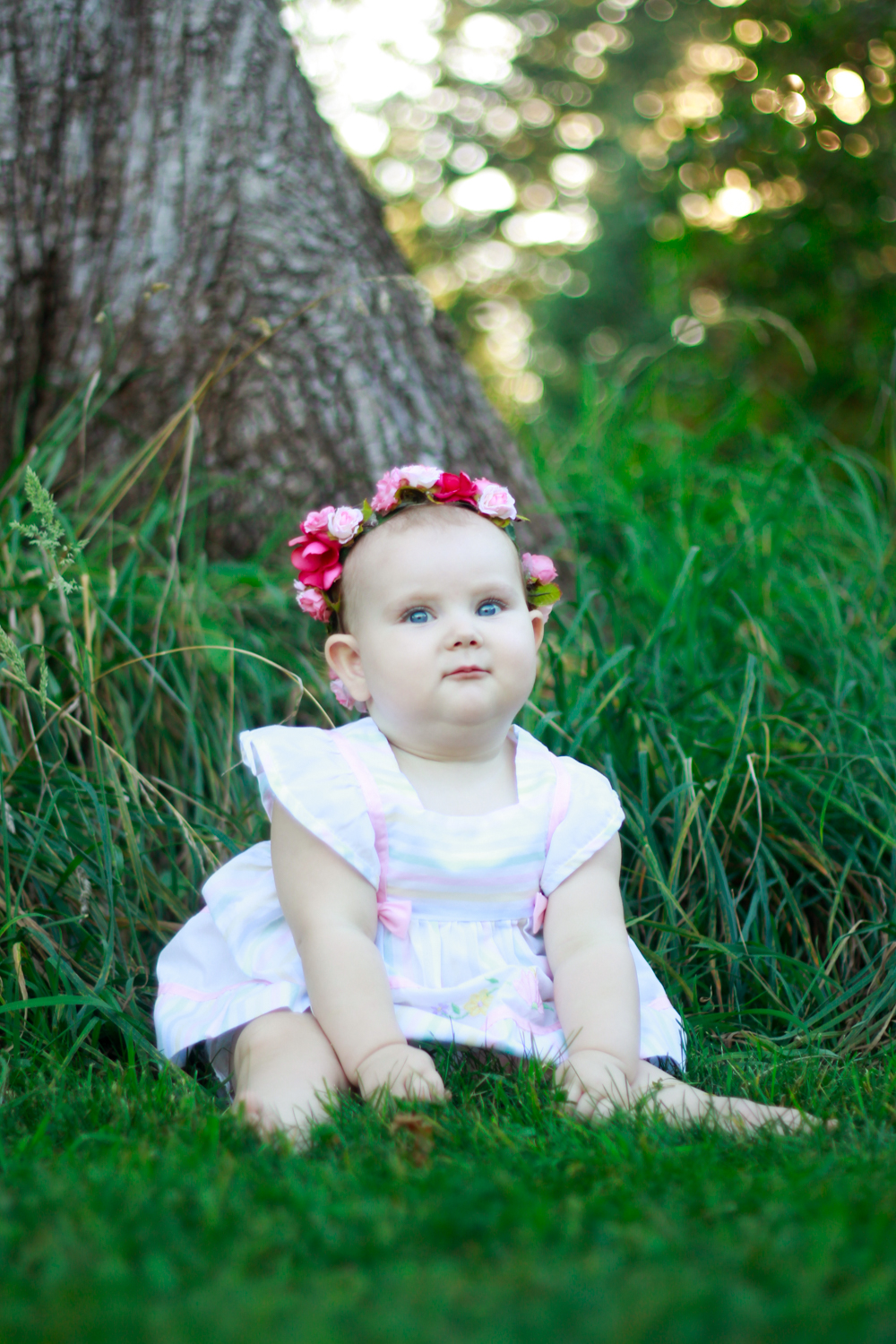 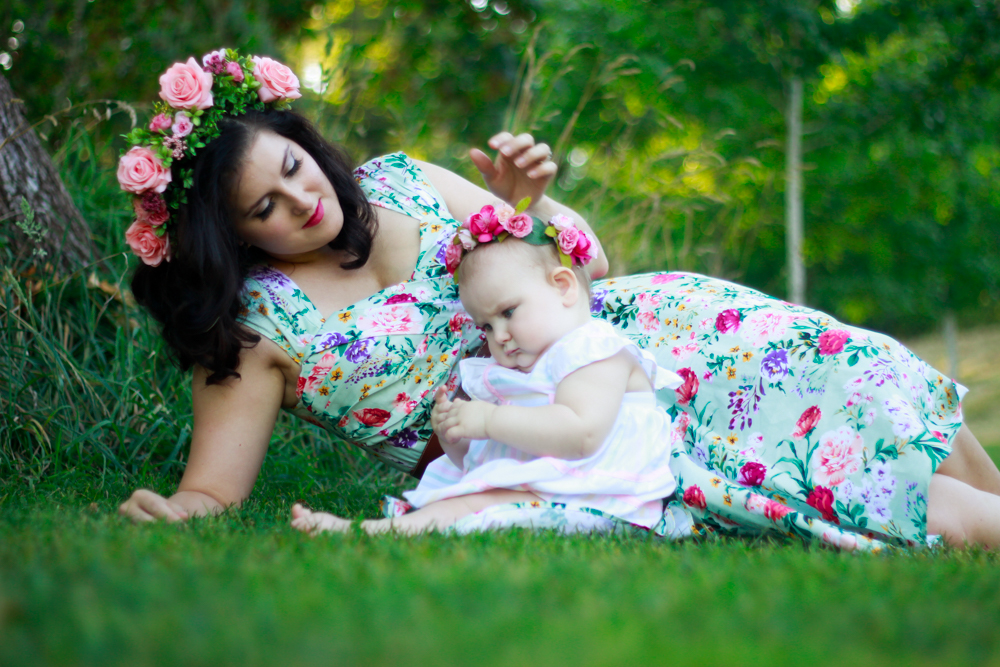 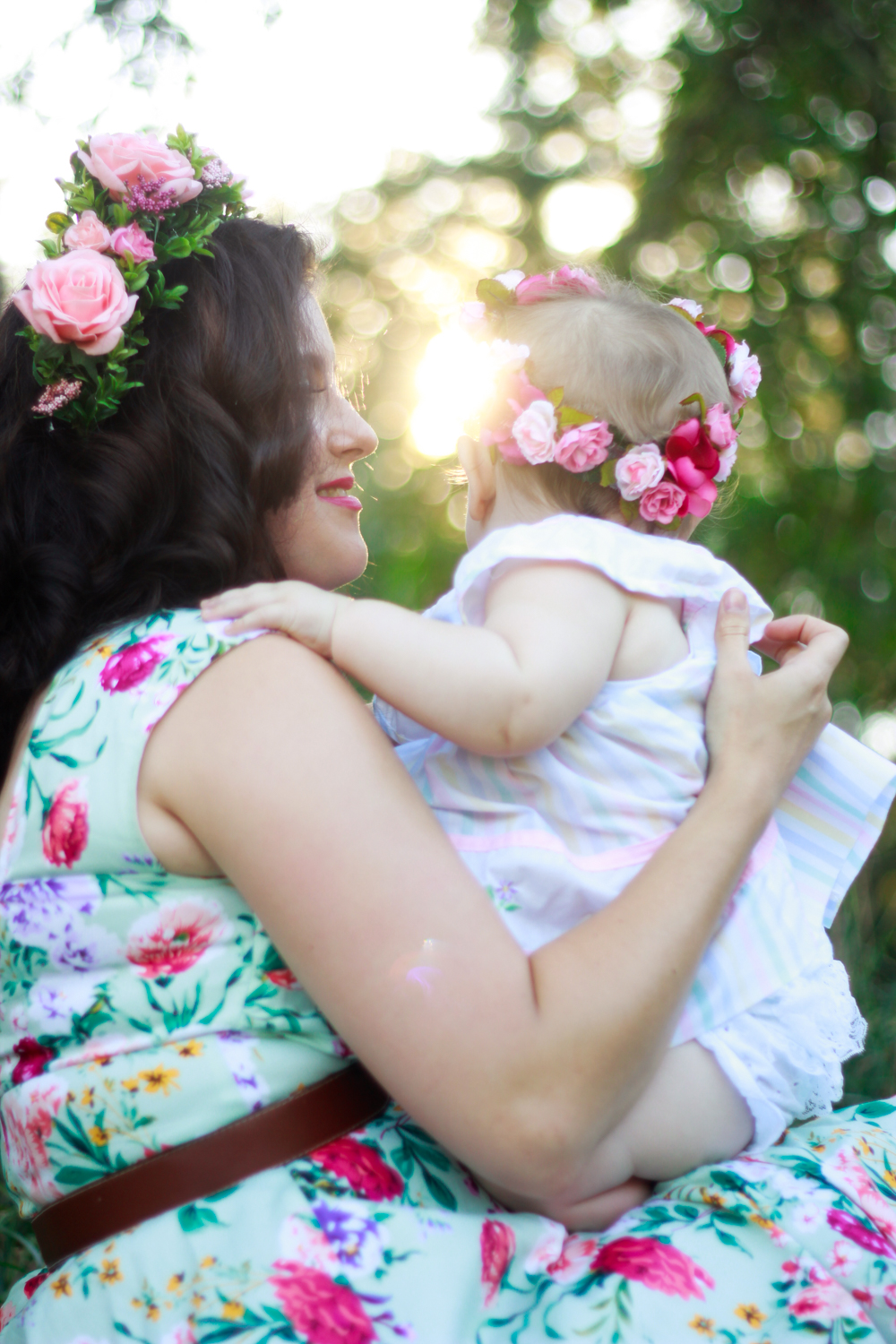 She really is such a joy, though. I was so afraid of having two kids; I thought it would be so hard and thankless — and sometimes it is. But it’s so much more. Every day I get to witness my kids growing and learning and the love they have for each other is the biggest reward. Asa loves his baby, and Evie loves her brother. They’re inseparable at home. Evie wakes him up every morning by crawling to his door and banging on it, or he looks for her if she’s not awake when he is.

I never knew how much fun it would be to watch two kids grow up together, how much it would make my heart melt. Having two makes me look forward to (someday) having three, and then four, and then five. And beyond that, who knows. 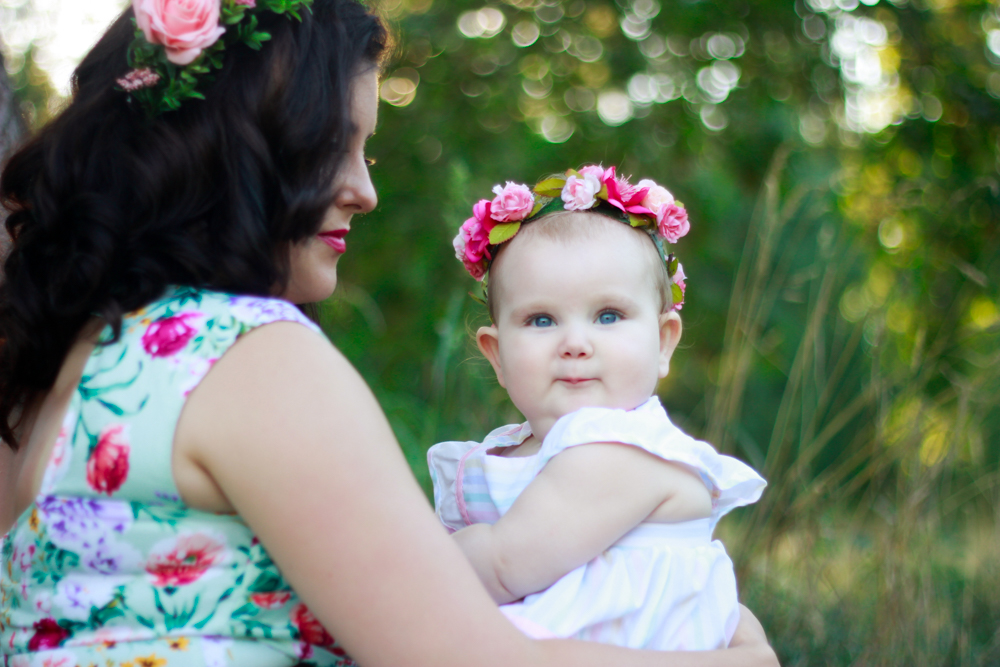 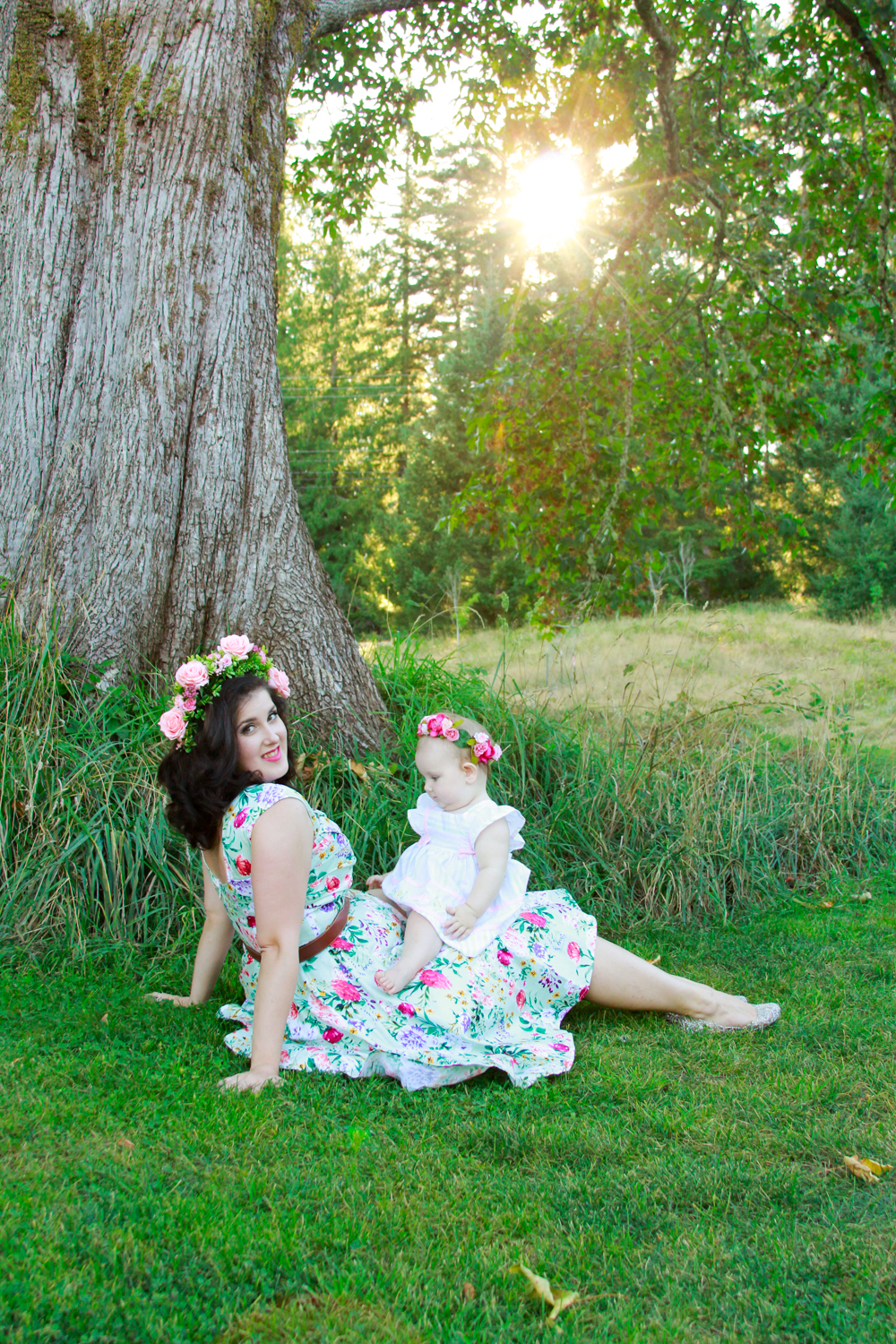 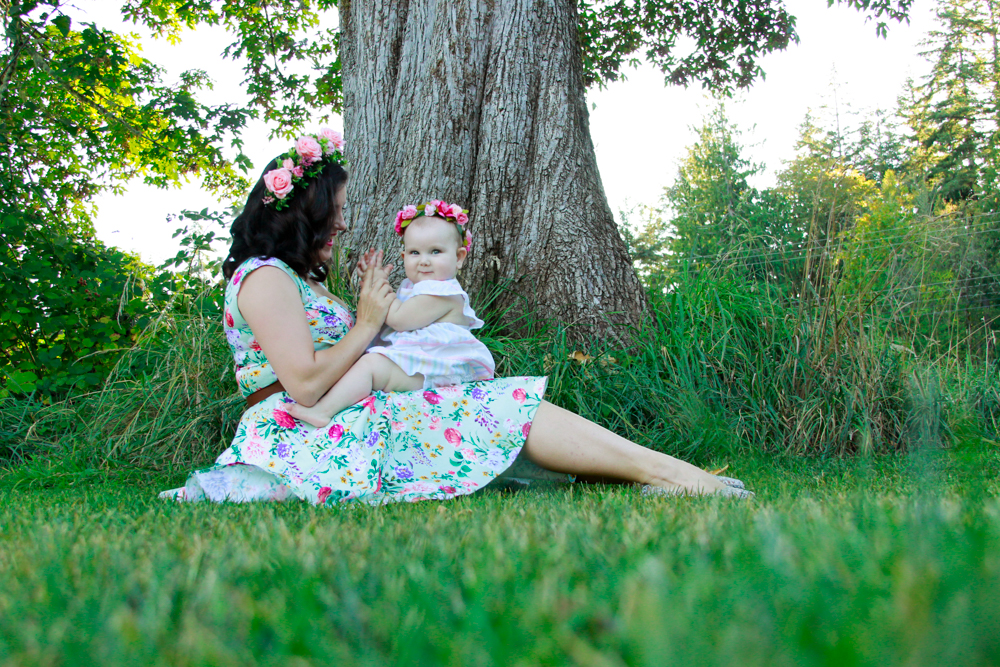 She is a blessing.

She charms everyone around her, and has even made people like her when they claim to not care for kids. I cannot wait to watch her grow even more, and begin to walk and talk and become more of a girly girl! She already puts necklaces (or anything else she possibly can) around her neck, and proudly crawls around the house wearing them.

I couldn’t have hoped for a better baby. Happy birthday, my darling Evie! 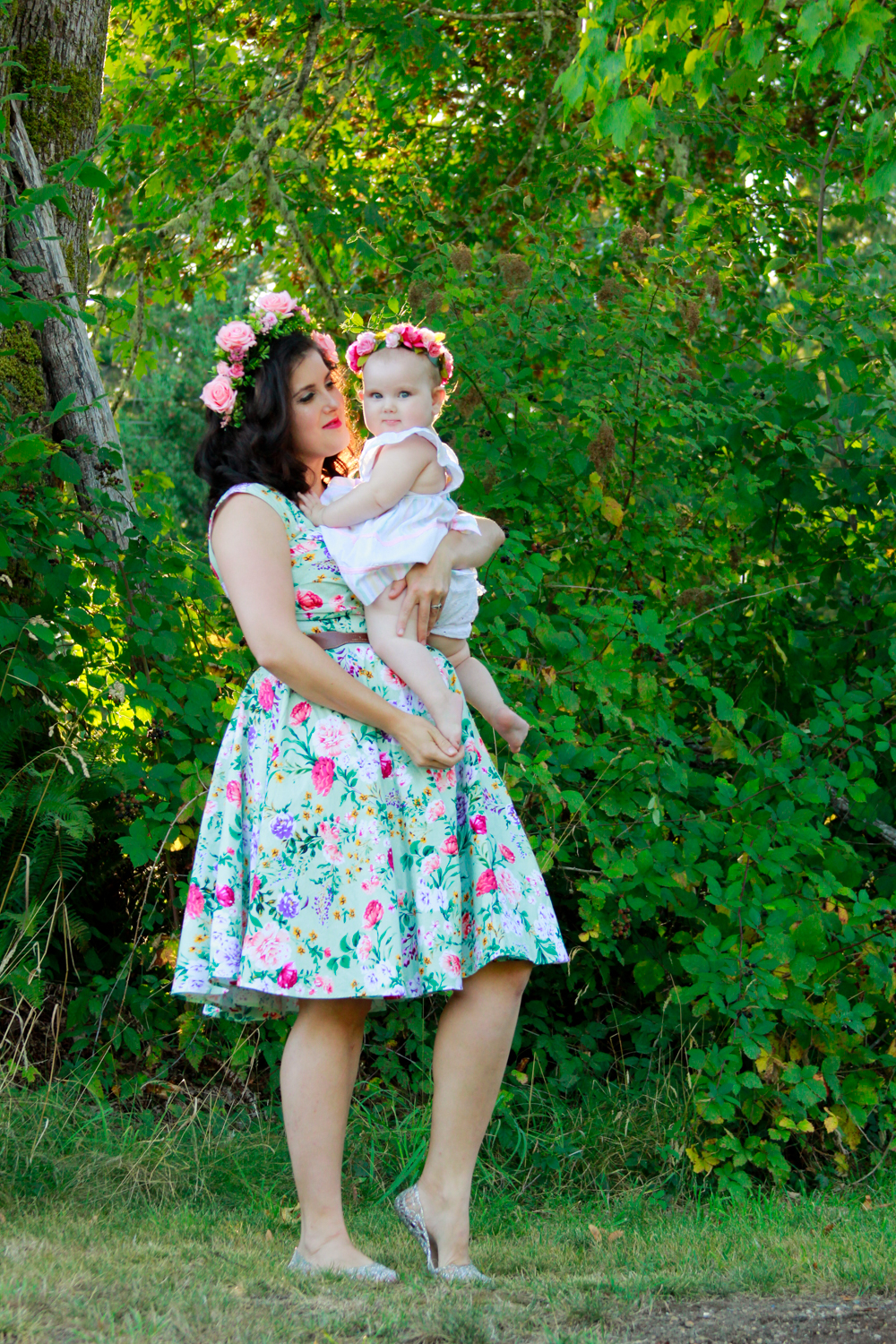 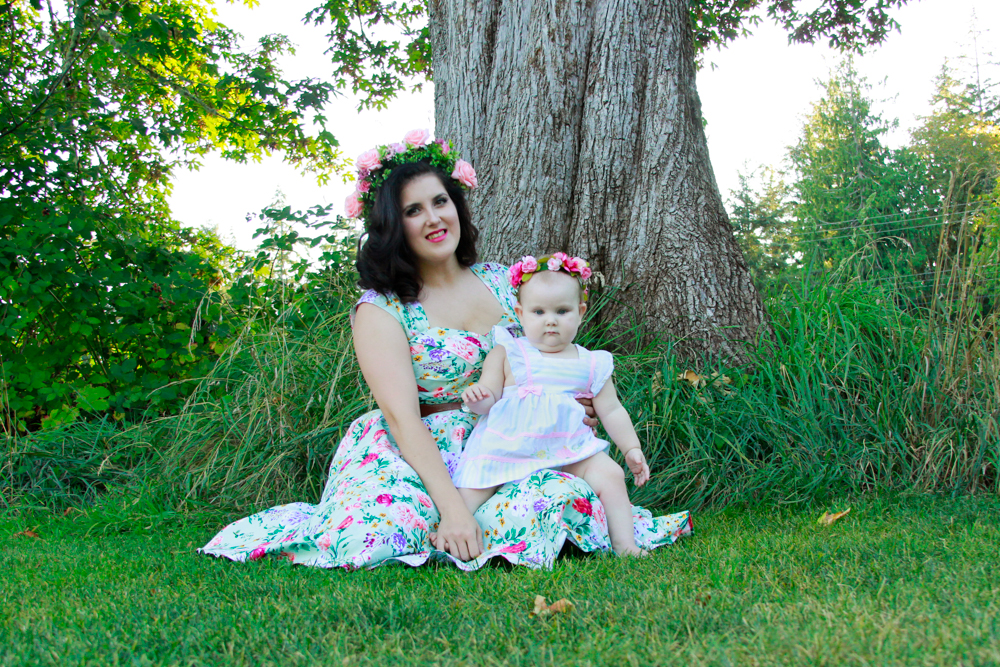 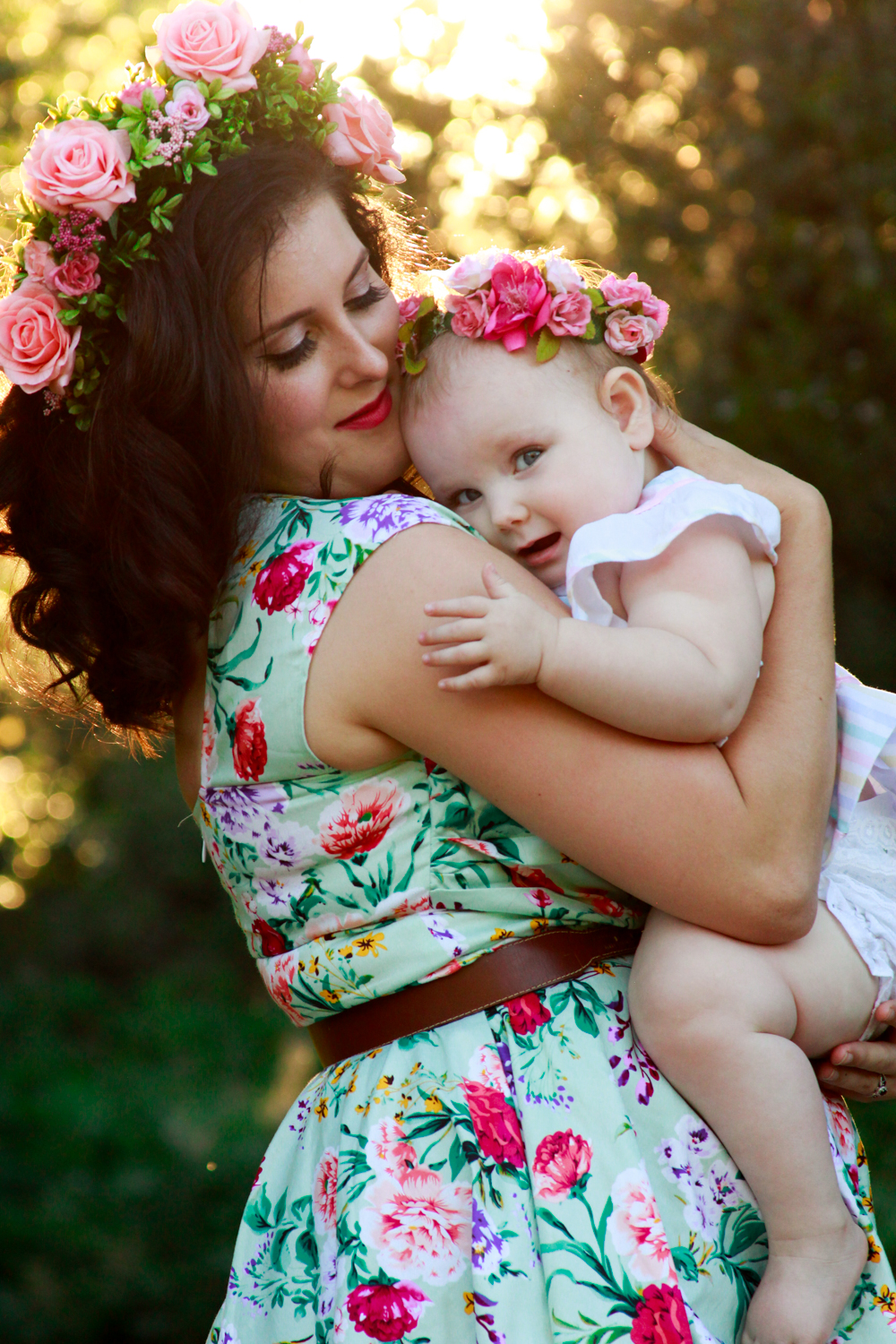