Today  was another one of those “try on a million and three outfits before you like what you’re wearing” days. I almost gave up after my second photoshoot (it takes so much energy to do pictures on rainy days. I don’t know why.) but after looking through a bunch of lovely Chictopia pictures, I decided I shouldn’t settle for an outfit that makes me feel frumpy.

And then, after finally putting this outfit together and taking some decent pictures, I realized that an awkward strand of my hair was loose and flying out where it shouldn’t have been. Thank goodness I know how to edit things like that away.

So! It’s Saturday! Which means that you get to choose which of my outfits you like best from last week. I know that I didn’t do a poll last Saturday,  but I’m not going to include those outfits in this week’s poll because there are only three of them… and I don’t feel like it. 😀 (To be honest, I don’t feel like doing anything today,  but I had to at least be presentable for my niece’s birthday party, so I got dressed.) Random nice things about being healthier: 1. the ribbing on this shirt used to stretch a little too much and reveal whatever undergarments I was wearing. It doesn’t do that any more. 2. the lady working at Goodwill while I was jeans-shopping ( I have no pants. I realized that I do need pants for certain occasions. I want bright red ones.) held up a pair of size 9 jeans ( bit too small) and said “These ones are so cute; I bet you could fit your skinny butt into these.” 3. My uncle asked me this morning if I’ve lost weight.

Just so you know.

Also, I have a tan and it is weird. In a good way. (I haven’t had golden skin in at least three years.)

I’m going to go try to write for a few minutes before I have to leave.

Have a beautiful Saturday!

New Feature: I have seen a lot of fashion bloggers include pictures of other ways they’ve styled a certain garment, and I like that idea. So I’m being a copycat.

Other ways I’ve worn this skirt and shirt: 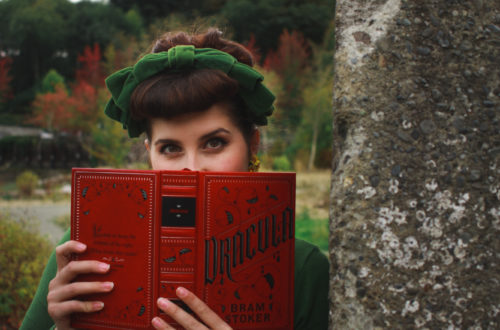 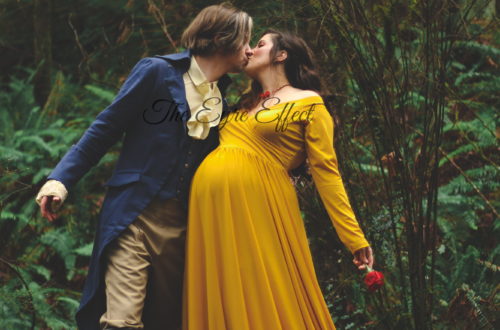 Beauty and the Beast Maternity Photoshoot || Disneybounding as Belle 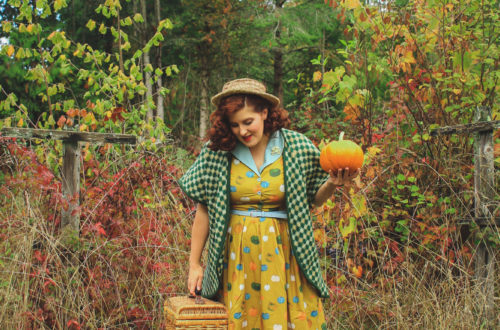