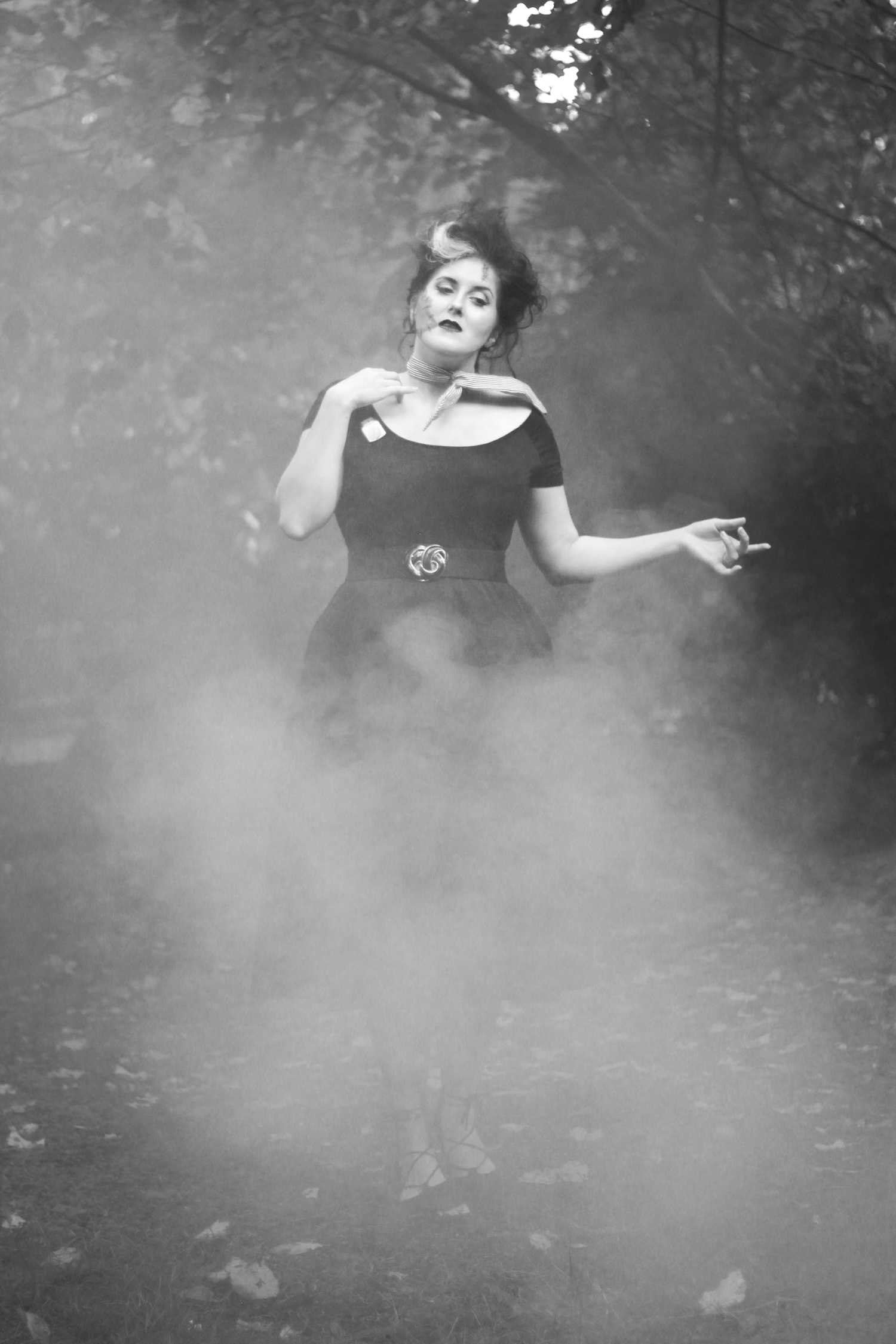 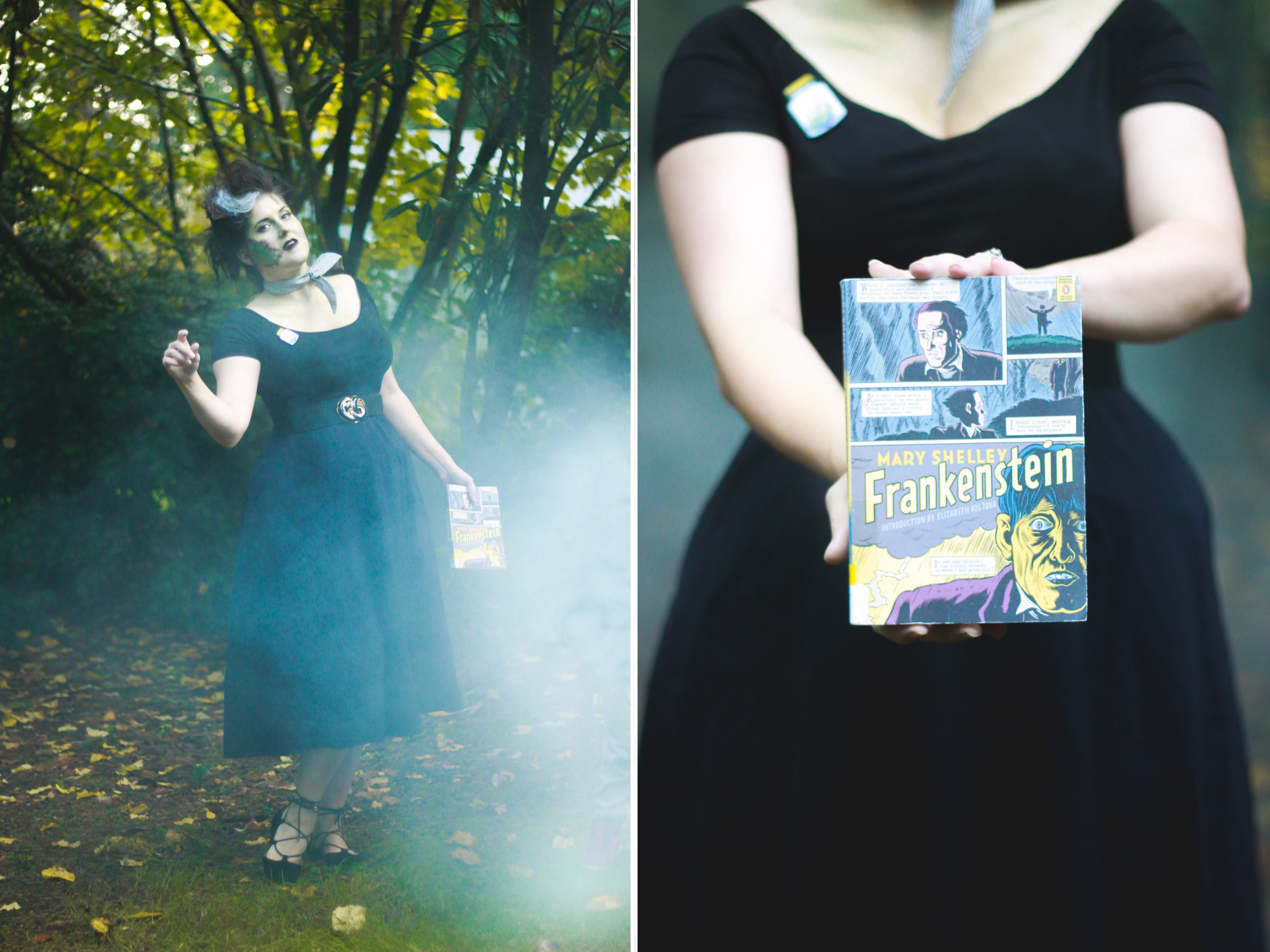 Frankenstein (or, The Modern Prometheus)

This month, for the BBRBF Book Club, we decided to go with a creepy classic. Don’t forget to check out Helene, Sara, Katherine, and Noelle‘s blogs for their reviews, and join us next month when we read Not Working by Lisa Owens.

I won’t bother with a synopsis this month, as I am sure nearly everyone at least knows what Frankenstein’s Monster is! Before I get into my review — if it really will be a review, as I have a hard time reviewing classics — I’ll explain my outfit.

So instead of playing part in my tableau, my husband manned behind the scenes and ran a fog machine and the camera instead, to give my photos that extra eerie quality I wanted. 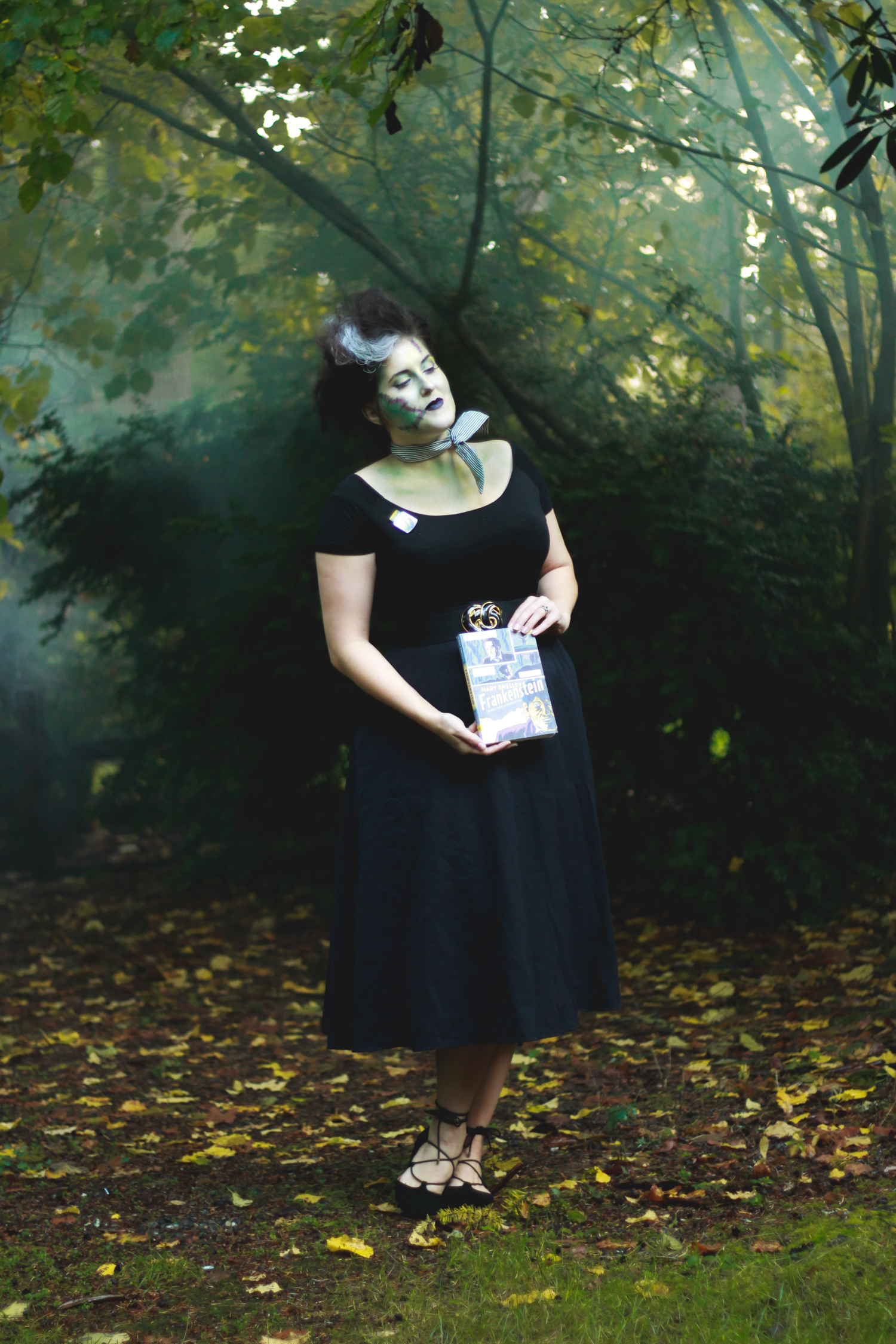 However, we only had a short hour or less to capture photos, as it was after my husband got off work, and we had an hour of light left.

So, while it may look like I’m portraying the Bride of Frankenstein, I was, in twenty minutes time, attempting to achieve a sort of… Pinup Monster mashup. Which sounds absolutely ridiculous, but I think I achieved it in a rudely fashioned sort of way. I combined the Monster’s trademark scarred forehead with the Bride’s striking white streak of hair with a patchwork cheek to symbolize the Monster’s own patchwork body. And here we are! 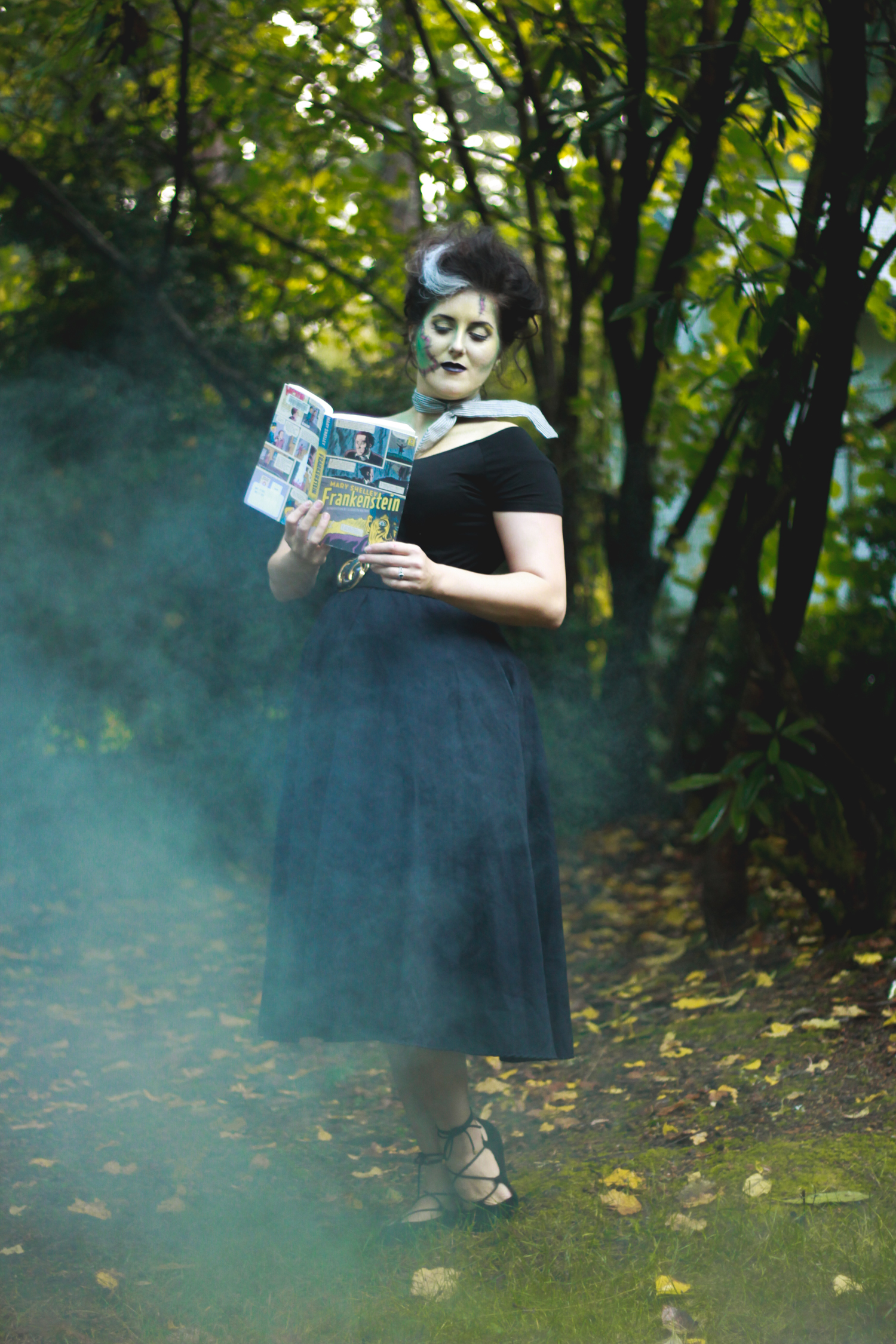 And the outfit is, as you can see, inspired by a dark pinup. I added my new Orchard Corset underneath to give myself a bit more structure, and decided that instead of adding a scarf to my hair as per usual, I would wear a scarf around my neck. Perhaps this pinup Monster is hiding the scar that binds her head to her body. 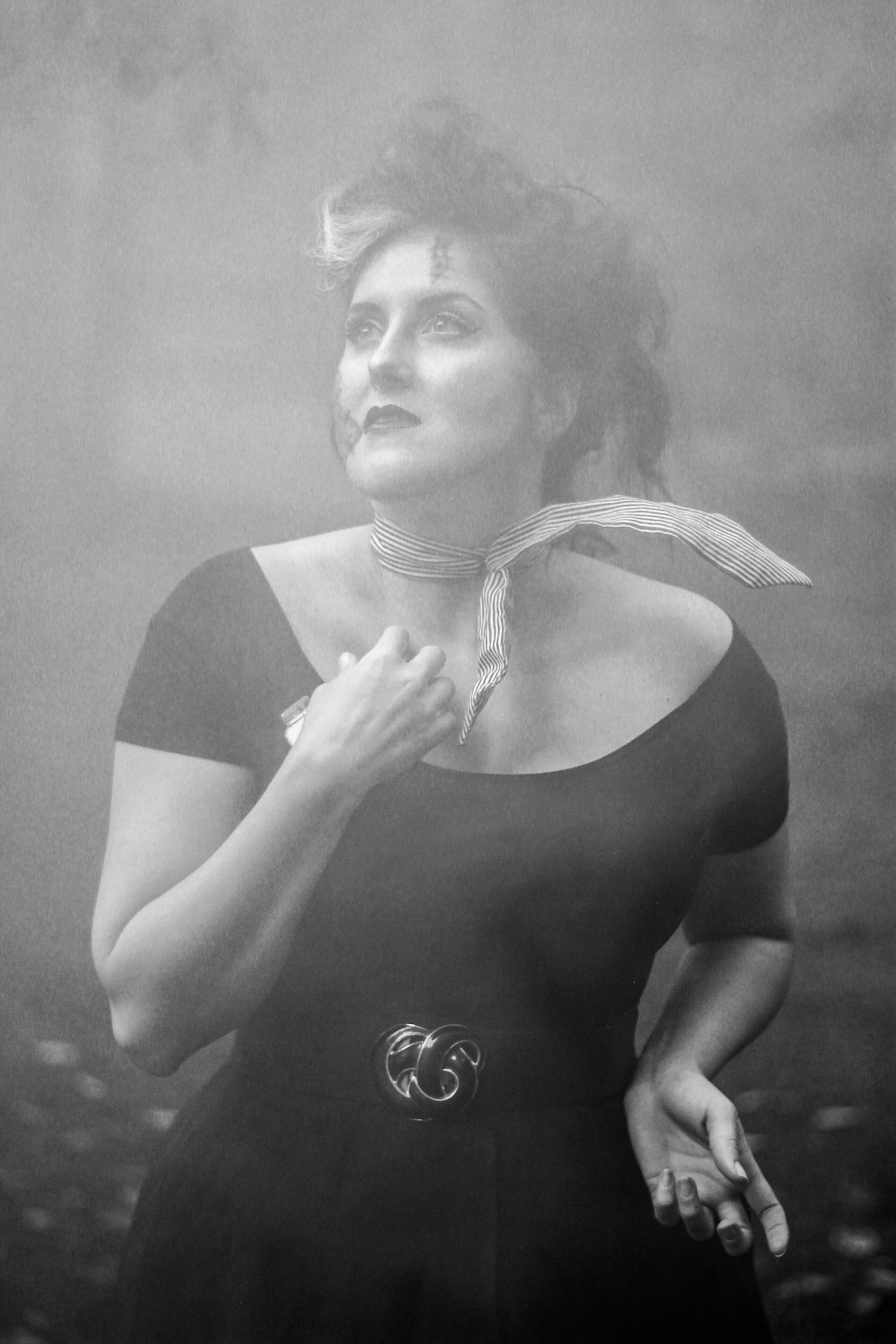 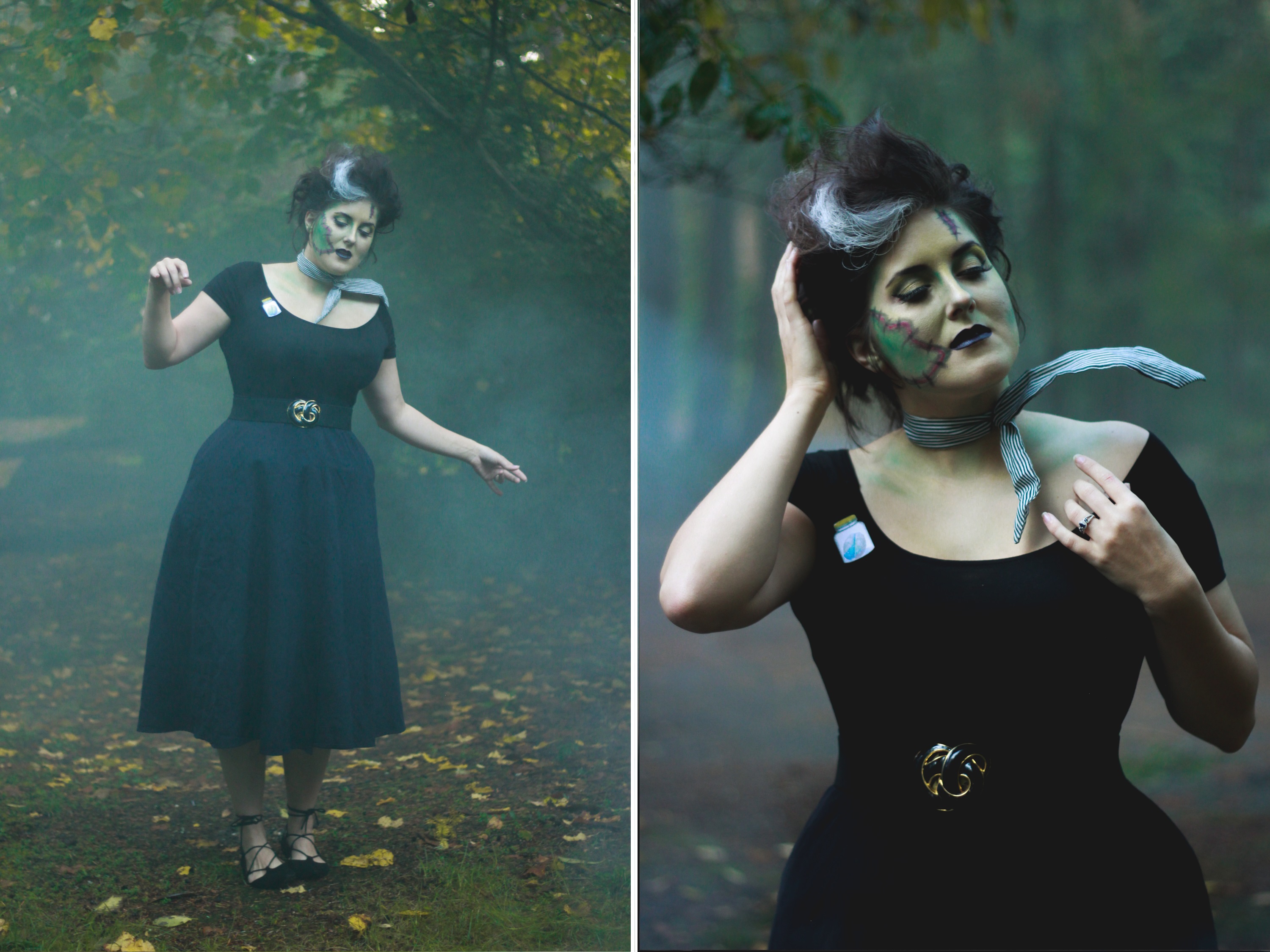 As for my review, well.

I adore classic books for one reason: the language. The prose of older novels is so elegant, so beautiful; every word truly provokes thought (and, quite often, usage of my online dictionary for a definition) and creates rich scenery. I was slightly put off by how much backstory there is of Frankenstein’s parents and adopted sister, and how the book begins with a completely unrelated character.

It’s a common theme that I have noticed; Dracula is told through the eyes of various other characters, and I feel as though I’ve read several other classics whose tales begin with someone narrating the story as told to them by the main character. You can feel the difference in communication at the time. Letter writing was how you kept in touch with your loved ones, therefore letter writing plays a large part in so many plot points or storytelling ways. 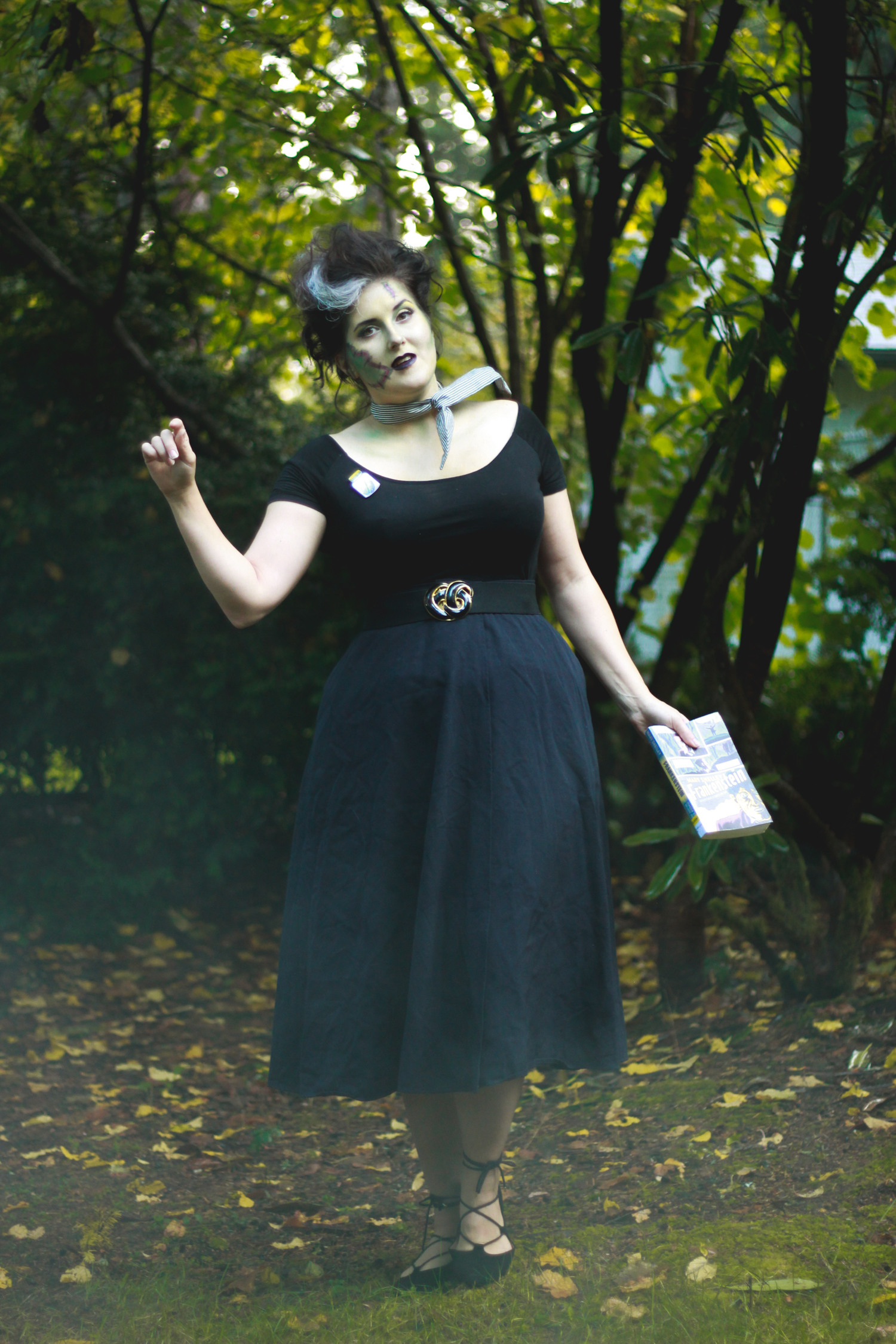 Sara covered it adequately when she mentioned that things happen quite suddenly. Suddenly, Frankenstein made a monster. Suddenly, it’s alive. It runs away and somehow in the span of a year learns English and how people live. Of course the entire premise of the book is a bit ridiculous, but I find that to be the beauty of it.  It was an era when the fantastic could be believable; when fairytales were a possibility, when belief was not shot down by scientific reason.

I’ll be honest: I miss the days before the masses were so focused on getting realism. Before stories had to be absolutely scientifically accurate. Before movies had to be so gritty and anchored in what could really happen. I am a big fan of 80’s era movies and TV shows for that very reason: ET and Indiana Jones and The Goonies and MacGyver weren’t ridiculous, they were transportational. People weren’t worried about how unrealistic it was for a bunch of kids to discover a pirate ship on the Oregon coast, or how horrible of an archaeologist Jones was, or how ridiculous it was for three kids to hide an alien in their bedroom. Or how it really wasn’t possible to disarm a bomb with a paper clip. 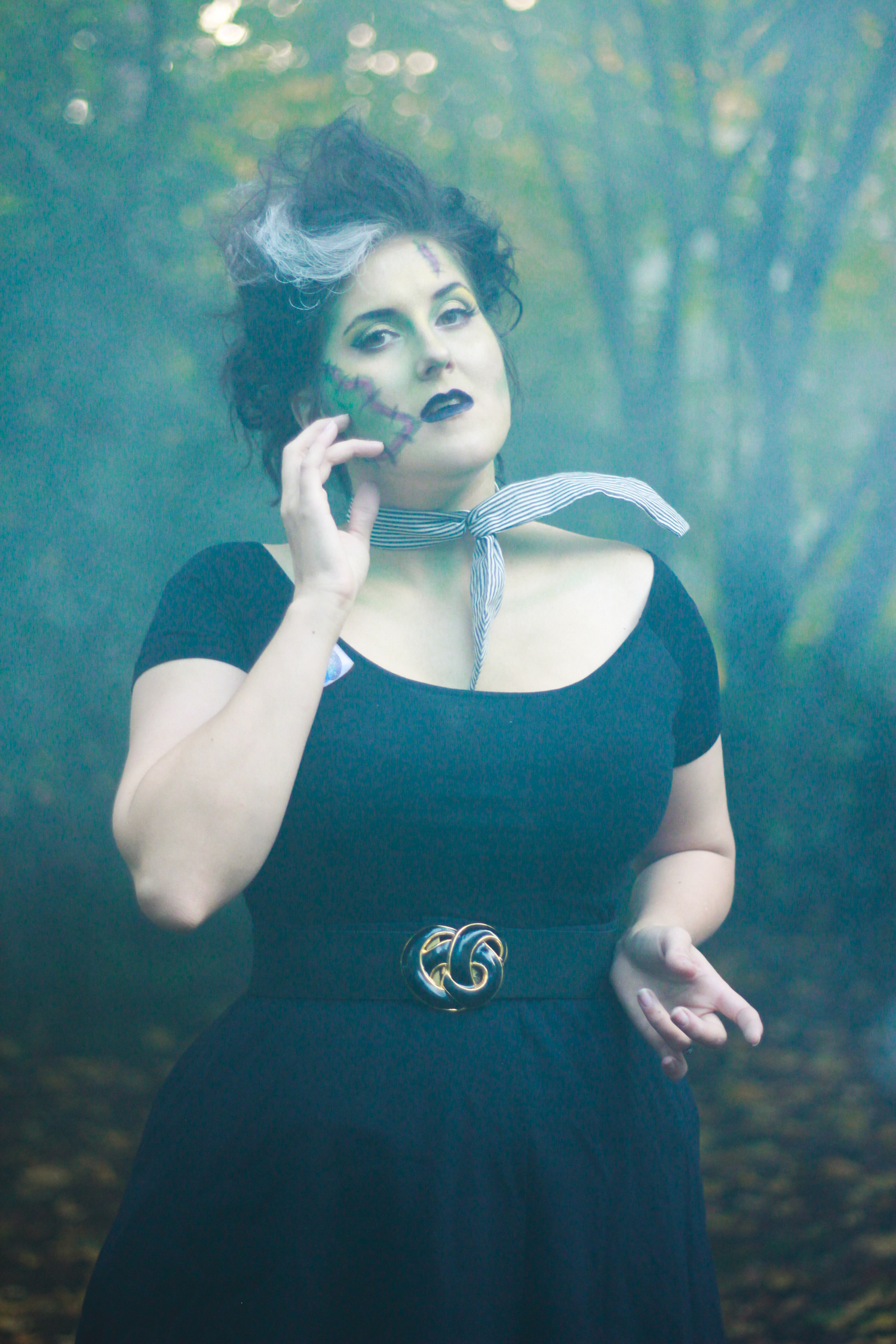 Or, how absolutely unreal it was for a scientist to bring a body to life and then have that monster become intelligent to the max all by himself.

While the story might have some plot points that need explaining and overall the unrealistic methods could use some updating, what I love about classic novels is the language. The richness and the time that the authors take to thoroughly portray the background of the characters and the surroundings and the beauty of their time… I’m always blown away by that. I could get lost solely in the prose and the archaic terms. And that is why I will forever love Frankenstein. 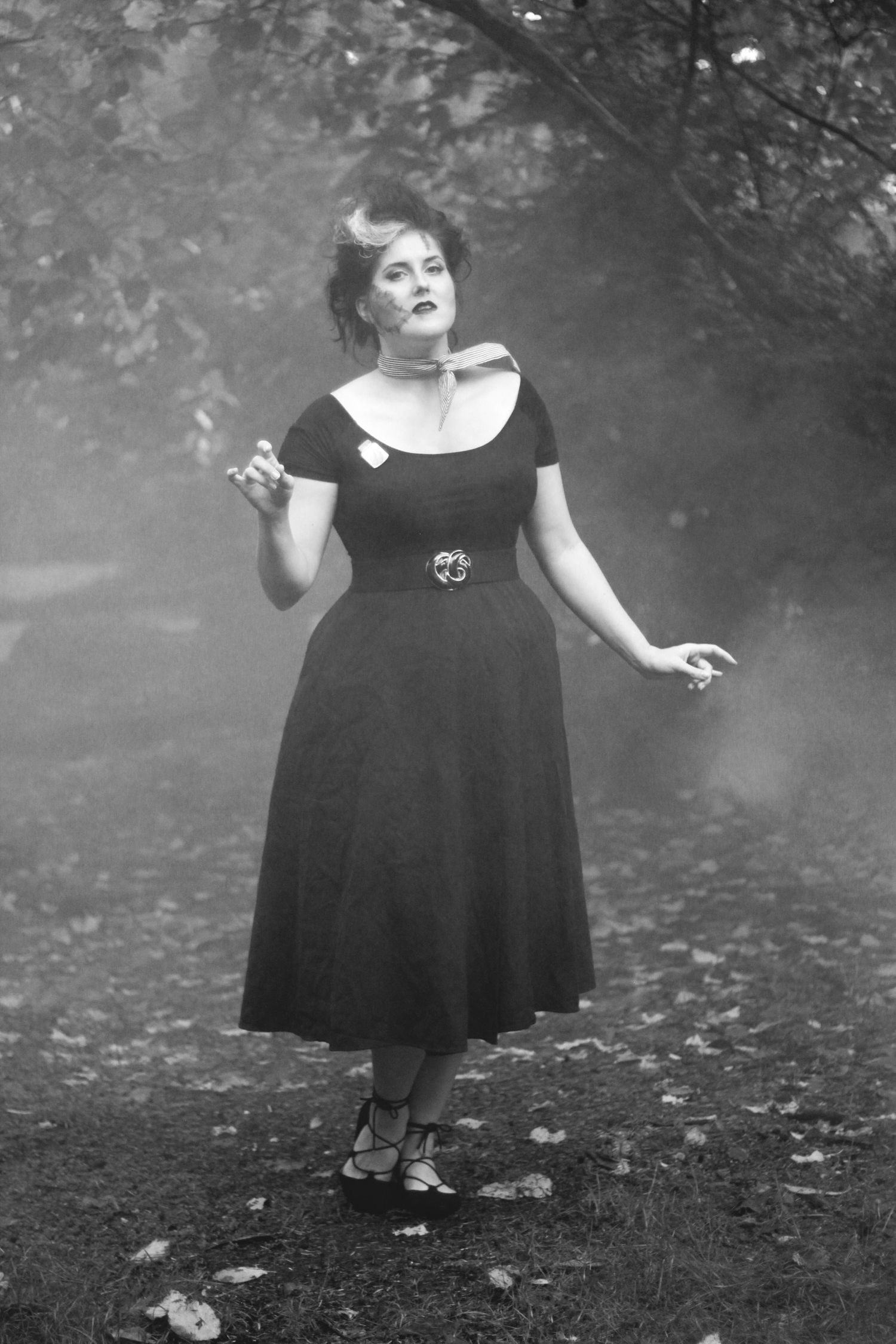 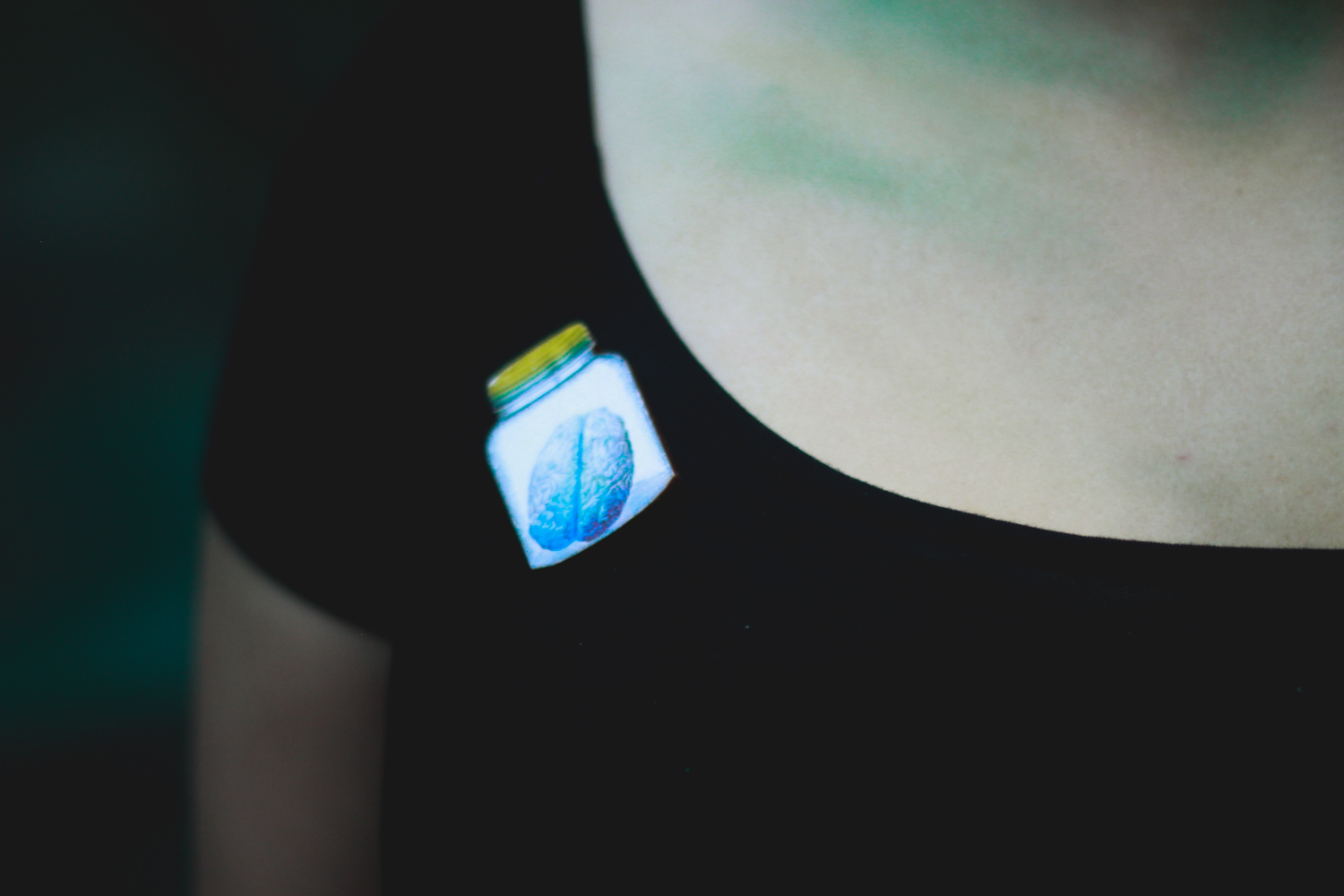 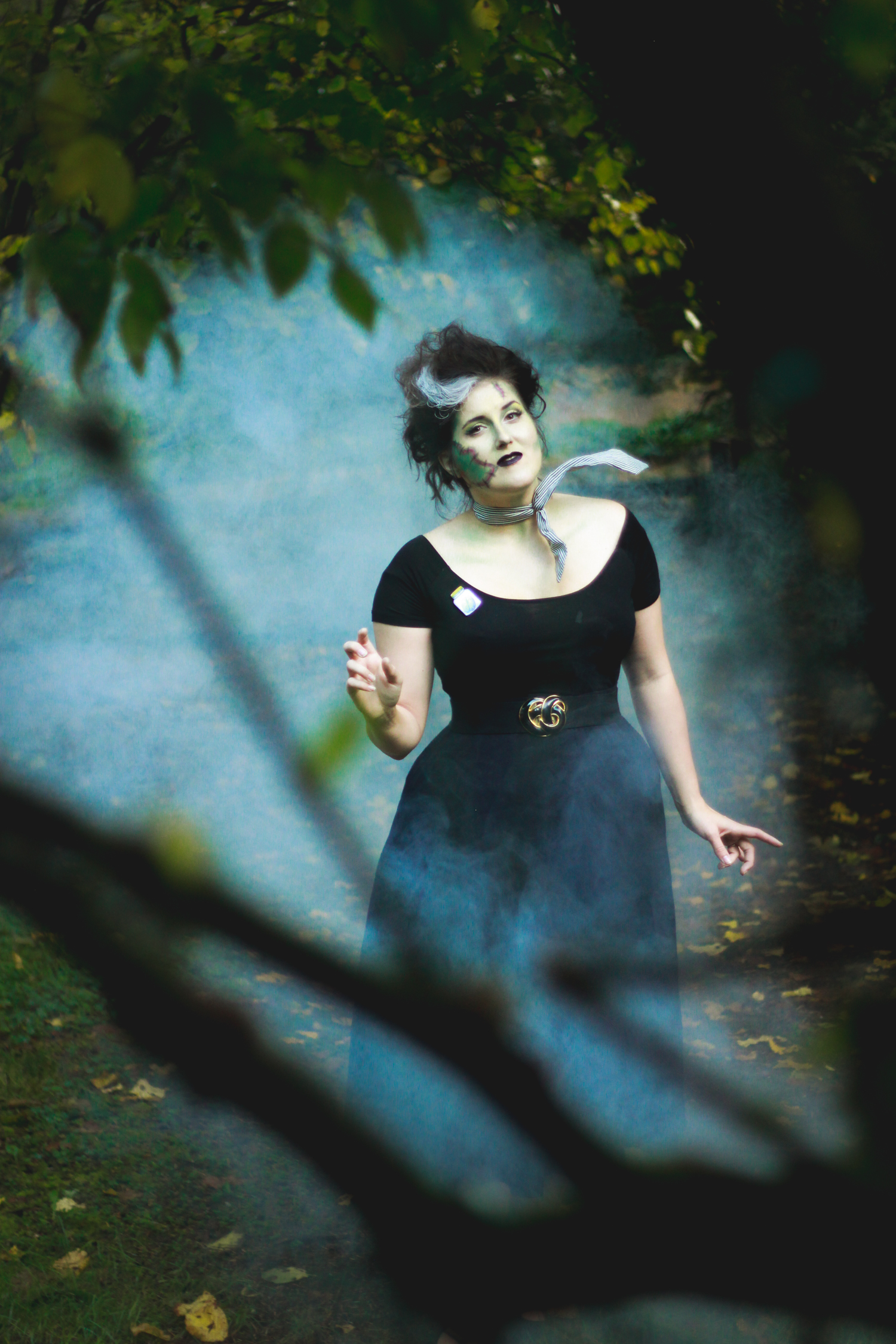 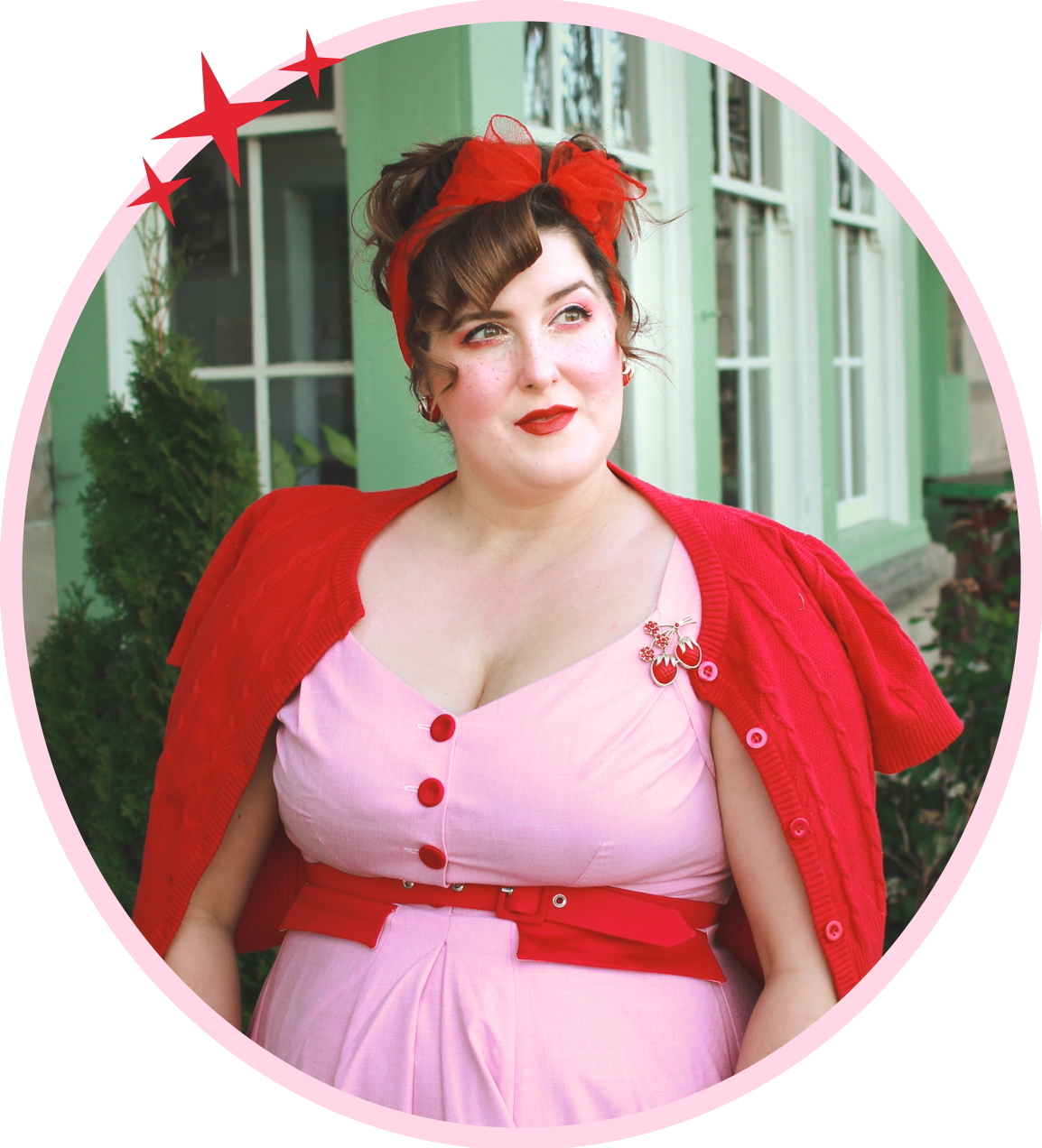 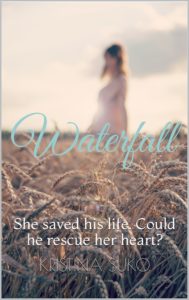